The Moon Jae-in government embarked on the selective relief payments worth 250,000 won (US$215) per person on Sept. 6 as part of an 11 trillion-won cash handout program. 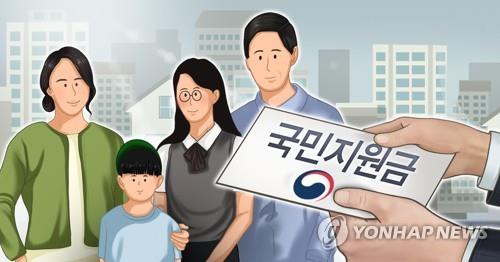 But the Gyeonggi Province Council decided Wednesday the province will pay the same amount of relief funds even to the top 12 percent income earners residing in the nation's most populous province, which surrounds Seoul.

The provincial government plans to spend 634.8 billion won to pay 250,000 won each to the top 12 percent income earners totaling about 2.54 million.

Besides Gyeonggi, nearly 30 low-level local governments nationwide have decided to offer COVID-19 relief funds to all residents regardless of income level, saying there should be no one left behind in the provision of disaster compensation.

In the central province of South Chungcheong, six out of its 15 cities and counties -- Nonsan, Gyeoryong, Seosan, Gongju, Cheongyang and Geumsan -- have so far decided to adopt the universal disaster relief policy. To that end, the six cities and counties plan to spend 13.6 billion won.

In Gangwon Province, northeastern South Korea, six out of its 18 cities and counties have declared a universal disaster relief policy. 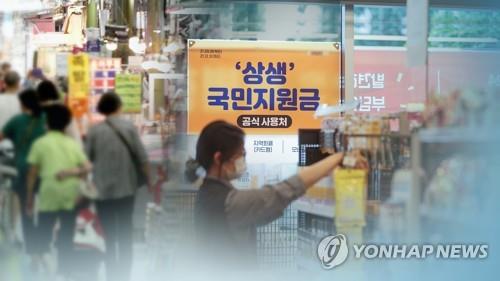 The southwestern city of Jeongeup is planning to pay 250,000 won each to the 6.1 percent of its residents who are excluded from the central government's latest relief program.

"We decided to provide 100 percent of citizens with disaster relief funds, believing that all citizens should receive the same compensation and comfort," Jeongeup Mayor Yoo Jin-seop said.

In the southwestern province of South Jeolla, 15 out of its 22 cities and counties plan to offer gift certificates worth 100,000 won to 250,000 won to all residents, separate from the central government's COVID-19 relief funds.