The Korea Meteorological Administration (KMA) said the scenic resort island and southern coastal regions were affected by the season's 14th typhoon, as it was moving east-northeast toward Japan at the speed of 26 kph in the sea about 80 kilometers east of Jeju's Seongsan port as of 6 p.m. 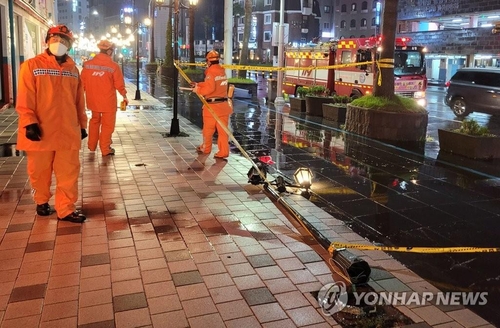 Overnight, it downed trees and a streetlight, tore away parts of a guard rail, and submerged roads and farmland, according to the Disaster and Safety Countermeasures Headquarters. No injuries were reported as of 11 a.m.

The state agency received reports in Jeju of dozens of cases of fallen street lights and trees, broken guardrails and utility poles, 11 flooded roads and the submergence of 3,064 hectares of agricultural lands.

There were no reported deaths related to the typhoon. 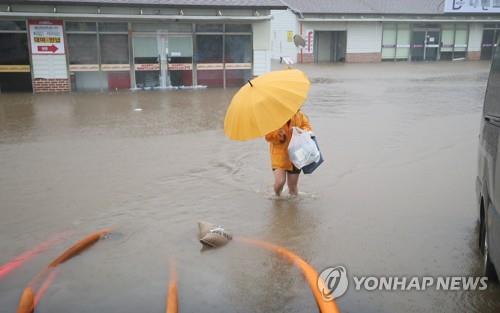 From 12-6 a.m. Friday, firefighters responded to 16 reports of overwhelmed drainage systems. Some 60 reports on structural damage have come in since Monday when Jeju Island began seeing the typhoon's indirect effects.

The island's government blocked entry to scores of low-lying areas that are prone to flash flooding and landslides. On Friday afternoon, 24 flights to and from Jeju were canceled and 59 ferries on 39 routes connecting the island and other parts of the country have been grounded.

In some southwestern cities, including Yeosu and Suncheon, 196 residents were temporarily evacuated for fear of landslides and some 130 people could not return to their homes.

The KMA expected the southeastern coastal areas to be pounded by more than 30 mm of rain per hour, accompanied by thunder and lightning, in the afternoon. It also projected winds to blow very strongly at 45-95 kph and wave heights to reach between 2 and 8 meters in the sea.

The nation will be completely out of the sphere of influence of the typhoon by Saturday. 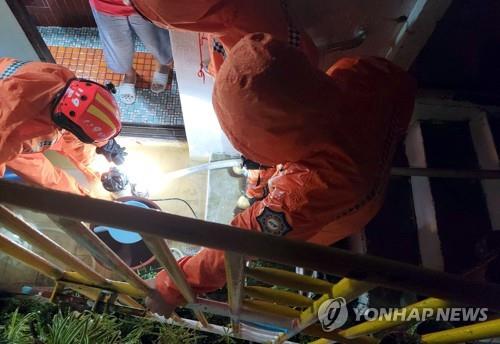 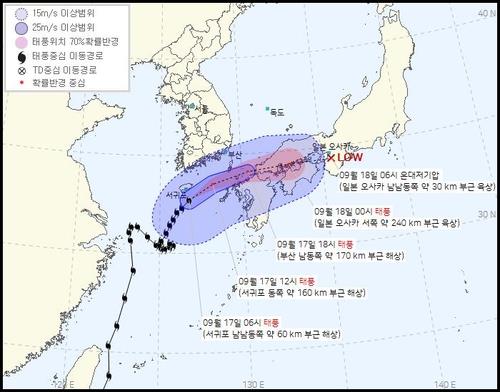