SEOUL, Sept. 18 (Yonhap) -- Many sections of major highways in South Korea remained congested with heavy traffic Saturday morning as millions of people headed to their hometowns to celebrate the Chuseok holiday with their families.

According to the Korea Expressway Corp (KEC), cars moved at a slow pace in some sections of the major highway linking Seoul to the country's second-largest southern port city of Busan as of 8:10 a.m.

Traffic congestion was also spotted on the western highway along the country's western coast, while cars in the central highway running through the country were also forced to stop and go due to roads clogged with many vehicles coming out to reach their homes early in the day.

The Chuseok holiday, the Korean equivalent of Thanksgiving Day of the West, will run from Saturday through Wednesday. Millions of people usually travel across the country for family gatherings or travel.

The KEC estimated that around 4.47 million vehicles will be on roads nationwide Saturday.

The KEC expected travel jams on major highways for those leaving Seoul will peak at around noon before easing at around 8-9 p.m.

Health authorities have advised people against long-distance travel and large-group gatherings amid worries infections could spike after the five-day holiday. 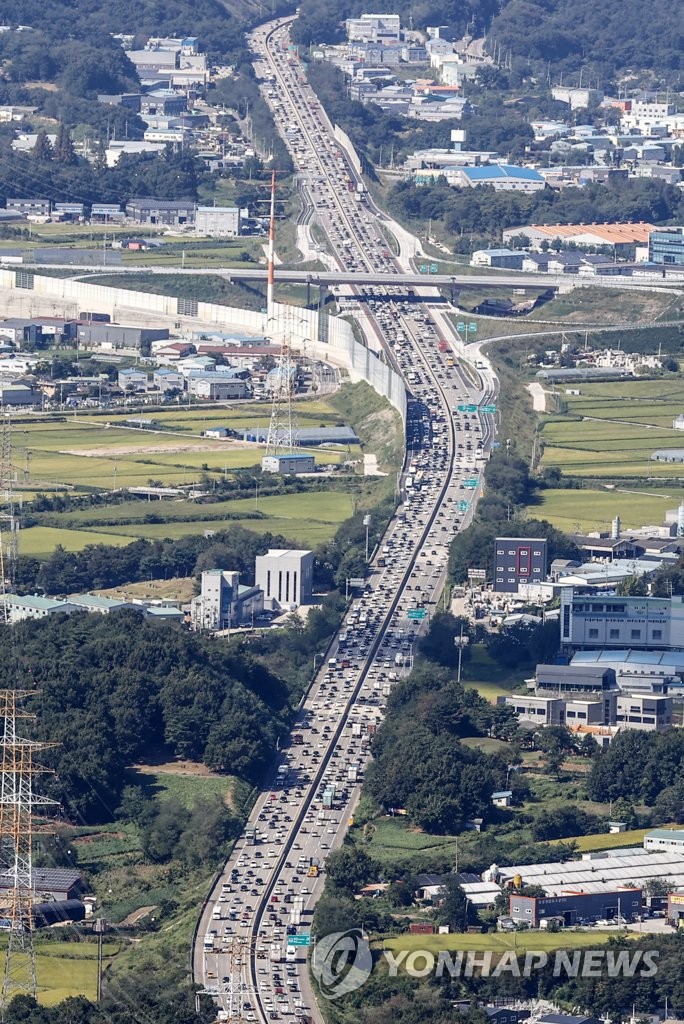