The quake hit some 20 kilometers northeast of Boseong County in South Jeolla Province, some 395 kilometers from Seoul, at 6:58 a.m. from a depth of 8 km, according to the Korea Meteorological Administration (KMA).

The epicenter was located at a latitude of 34.88 degrees north and a longitude of 127.25 degrees east.

The maximum seismic intensity scale was 3, which means the tremor can be felt by people on a higher floor of a building, and parked vehicles rock a bit.

"We've received reports from some residents that their houses are shaking. But there has been no damage from this quake," an official of the Jeonnam Fire Headquarters said. 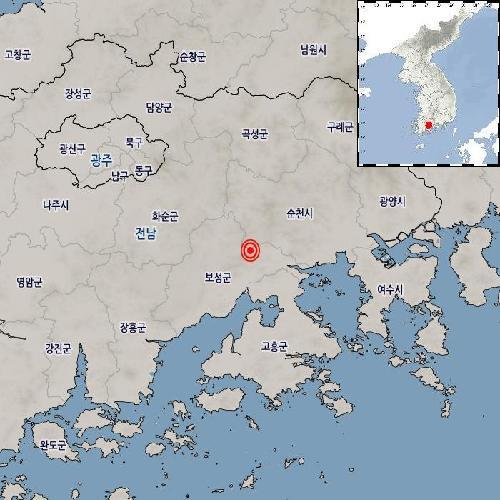