SEOUL, Sept. 20 (Yonhap) -- South Korea's daily coronavirus cases fell to around 1,600 on Monday due to fewer tests over the weekend, but concerns have grown further over a surge in infections after the Chuseok holiday amid the fast spread of the virus in the greater Seoul area, officials said.

The country reported an additional 1,605 COVID-19 cases, including 1,577 local infections, raising the total caseload to 287,536, according to the Korea Disease Control and Prevention Agency (KDCA).

It was the second straight day the daily caseload fell under 2,000, but the latest figure marked the country's highest ever figure for Sundays ever, the KDCA data showed. The daily tally is counted until midnight and announced the following morning.

The country added five more deaths from COVID-19 in the day, raising the death toll to 2,409. The fatality rate was 0.84 percent.

The fourth wave of the pandemic, which began in July in earnest, has not shown signs of letting up, with the daily caseload staying above 1,000 for 76 consecutive days on Monday amid the fast spread of the more transmissible delta variant nationwide. 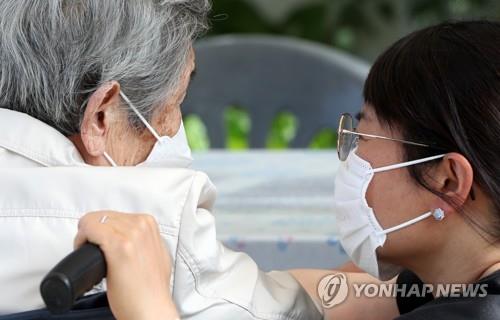 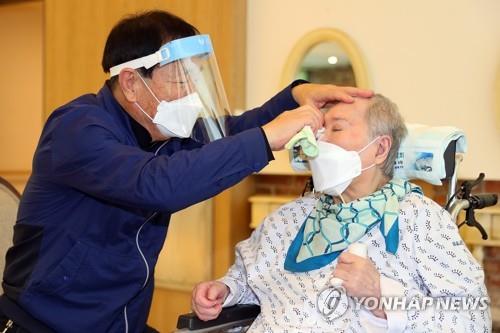 Of the total caseload reported Monday, 74.6 percent were from the metropolitan regions. Seoul reported 578 more cases, and Gyeonggi Province and the western port city of Incheon saw 503 and 96 new cases, respectively, according to the KDCA.

Among virus clusters, the traditional Garak market in southern Seoul added 42 new cases, raising its total caseload there to 341, according to the municipal government. The figure could rise further as around 910 individuals are awaiting their test results.

Health authorities remain on high alert as the virus could spread in non-capital regions in a fast manner after the five-day break for Chuseok, the Korean harvest holiday, set to run through Wednesday, when a large number of people usually travel across the nation.

Earlier this month, the government extended the highest social distancing rules of Level 4 for Seoul and the surrounding Gyeonggi Province, and Level 3 for other regions until Oct. 3.

But it eased some restrictions, allowing a family gathering of up to eight people on the conditions that four of them are fully vaccinated, for example. Instead, it has been enforcing special quarantine steps, such as running makeshift test centers at major bus terminals and train stations to continue to ensure a thorough diagnosis system, according to the officials.

"The traffic during this year's Chuseok holiday is expected to increase about 3.5 percent compared to last year, so it is quite worrisome the virus could spread from the capital areas to the other parts of the country," Interior Minister Jeon Hae-cheol has said. "Please, minimize travel and gatherings during the holiday, and thoroughly abide by anti-virus measures."

The authorities also warned of "a steady rise" in infections after the holiday. 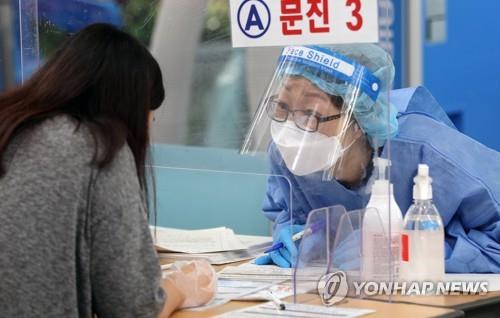 In a move to stem the spread of the pandemic, the government has also been working to further rev up the vaccination campaign.

As of early Monday, 36.50 million people, or 71.1 percent of the country's population, had received at least their first dose of COVID-19 vaccines. Of them, 22.14 million people, or 43.2 percent, had been fully vaccinated, the KDCA said.

The number of patients with serious symptoms across the country came to 332, down one from the previous day, and a total of 259,011 people have been released from quarantine after making full recoveries up until early Monday, up 1,562 from a day earlier, the KDCA said.

The country also reported 28 imported COVID-19 cases, which include South Korean nationals, bringing the total caseload to 14,190, it added. 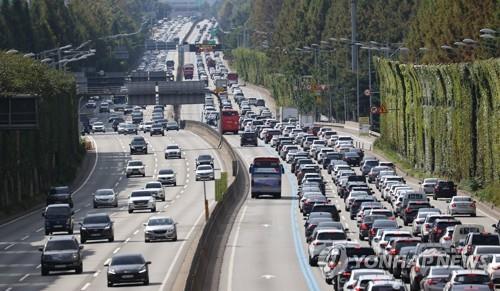