SEOUL, Sept. 22 (Yonhap) -- Most highways and roads remained clogged with heavy traffic early Wednesday, as people were traveling back to Seoul on the last day of the Chuseok holiday.

Major highways, running through the central part and along the western coast of the country, were jammed with vehicles, with the road congestion likely to peak at about 4-5 p.m., according to Korea Expressway Corp.

The road congestion was predicted to ease after 10-11 p.m.

Some 4.7 million vehicles were expected to hit the roads on their way back to Seoul from their hometowns on the last day of the three-day Chuseok holiday.

This year's Chuseok, the Korean harvest celebration, fell on Tuesday, and the holiday runs through Wednesday. Koreans usually visit their hometowns to get together with family members and visit their ancestors' graves. 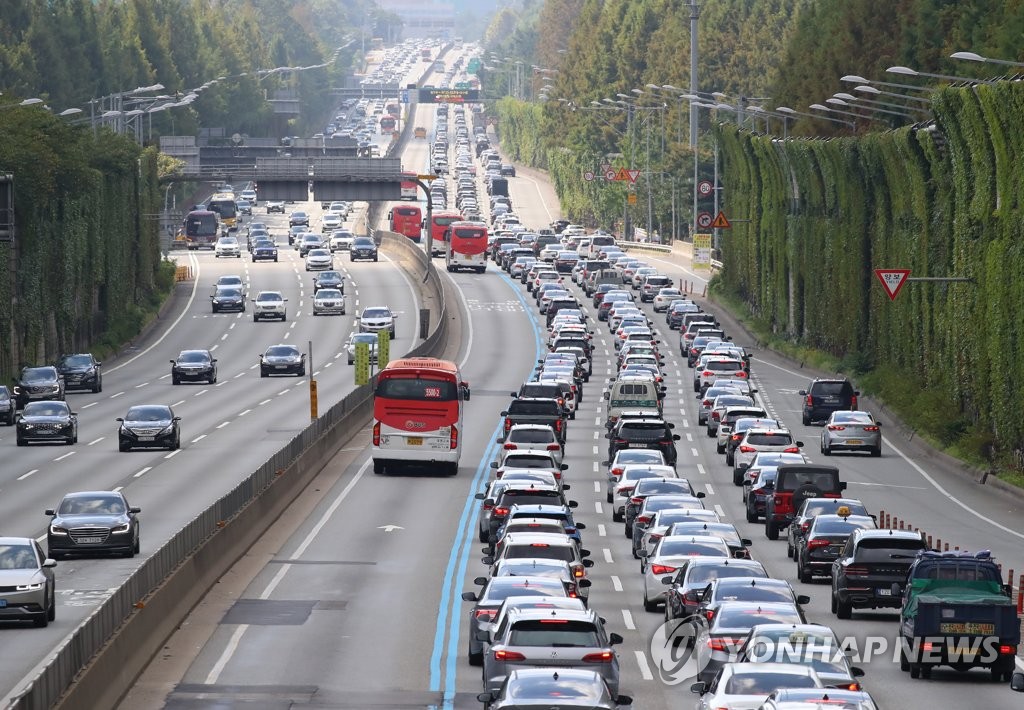