Unveiling 11 election pledges on diplomacy and security issues, former Prosecutor-General Yoon said he will make efforts to strengthen the Seoul-Washington alliance to deter the North's evolving nuclear and missile capabilities.

Yoon of the main opposition People Power Party (PPP) said he plans to seek consultation with the U.S. over the process to bring in U.S. nuclear strategic assets, such as intercontinental ballistic missiles, when emergency situations occur on the Korean Peninsula.

He stressed that despite the allies' efforts to strengthen extended deterrence, if national security is threatened by Pyongyang's nuclear weapons and missiles, he will request the redeployment of U.S. tactical nukes and nuclear sharing.

The U.S. introduced tactical nuclear weapons to South Korea in the late 1950s and then withdrew them in the early 1990s following a disarmament deal with the then Soviet Union, as well as the then South Korean government's efforts to promote reconciliation with the North.

But Yoon said his plan does not mean South Korea's nuclear armament, noting that he will prioritize diplomacy in resolving the North's nuclear issue.

Yoon also said he plans to set up a liaison office involving the two Koreas and the U.S. at the border truce village of Panmunjom in a bid to run a trilateral dialogue channel on a permanent basis.

He added he will seek to operate economic cooperation projects with North Korea if there is progress toward the North's denuclearization. 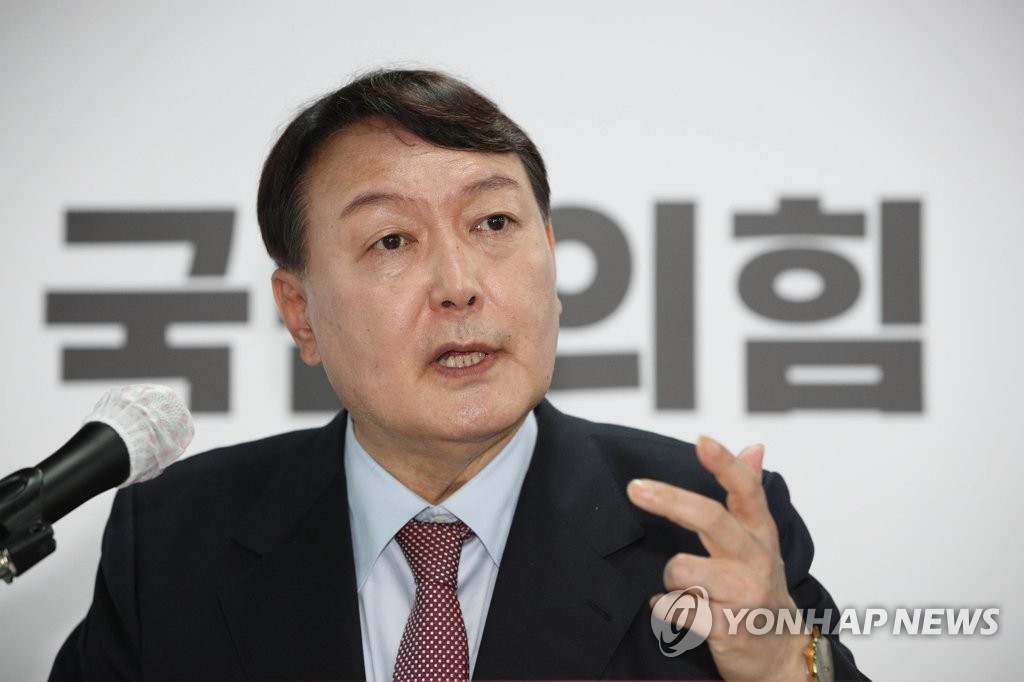