Global financial markets were rattled this week due to concerns that a potential default by the debt-ridden property developer China Evergrande Group may send shock waves across the Chinese financial system, which could wreak havoc on the global market.

Such woes eased after the group said Wednesday it has agreed to a deal with local bondholders to settle interest payments, but fears about its debt issue still linger. 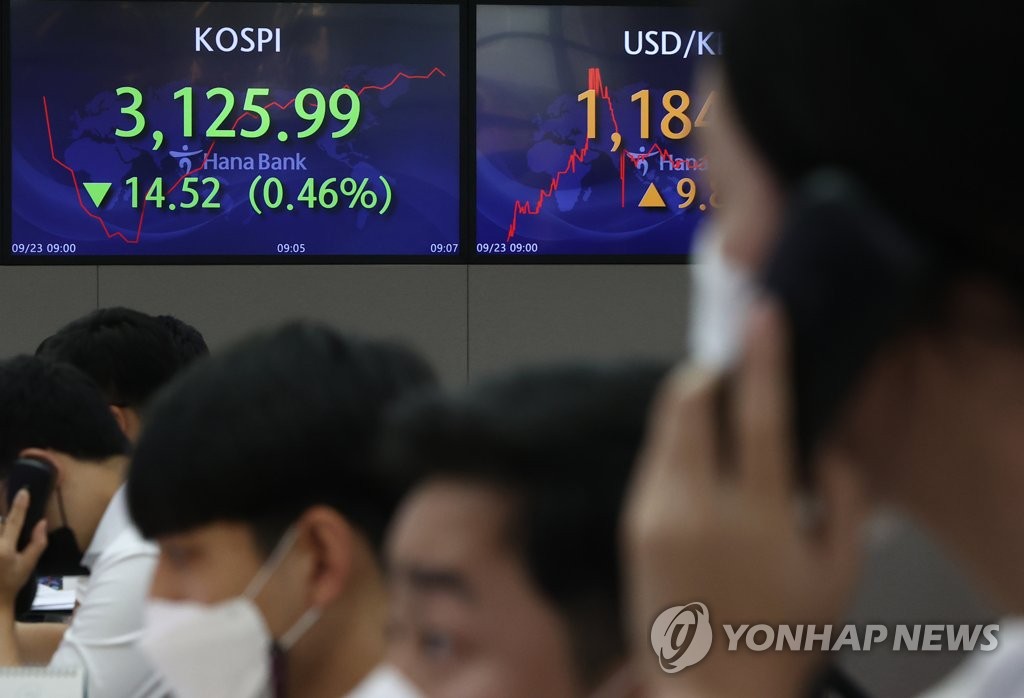 "Market uneasiness from factors like China Evergrande could abruptly arise in the process of major economies' adjustment of (accommodative) monetary policy and deleveraging," Lee said at a government meeting on macroeconomics and financial markets.

Separately, Bank of Korea (BOK) Vice Gov. Lee Seung-heon said the Evergrande crisis has raised broader market fears. However, Lee said there is a consensus that a collapse of the Chinese debt-laden property developer may not freeze global financial markets.

Korean policymakers also said market volatility could heighten, depending on the pace of the Federal Reserve's tapering of its bond-buying program.

After a two-day policy meeting, the Fed said Wednesday (local time) it is likely to start to taper its asset purchases soon and signaled it may hike the key rate as early as next year. The outcome was largely in line with market expectations.

"If U.S. job recovery delays beyond the Fed's expectations or inflation remains high longer than expected, uncertainty about the timing of a rate hike could sharply increase," Lee said.

The BOK vice governor also noted that there is a possibility that the Fed may speed up the normalization of its monetary policy.