During the week, the septet gave a speech at the opening of the Sustainable Development Goals Moment event at the 76th U.N. General Assembly, and joined President Moon Jae-in and first lady Kim Jung-sook during interviews and a visit to the Metropolitan Museum of Art. 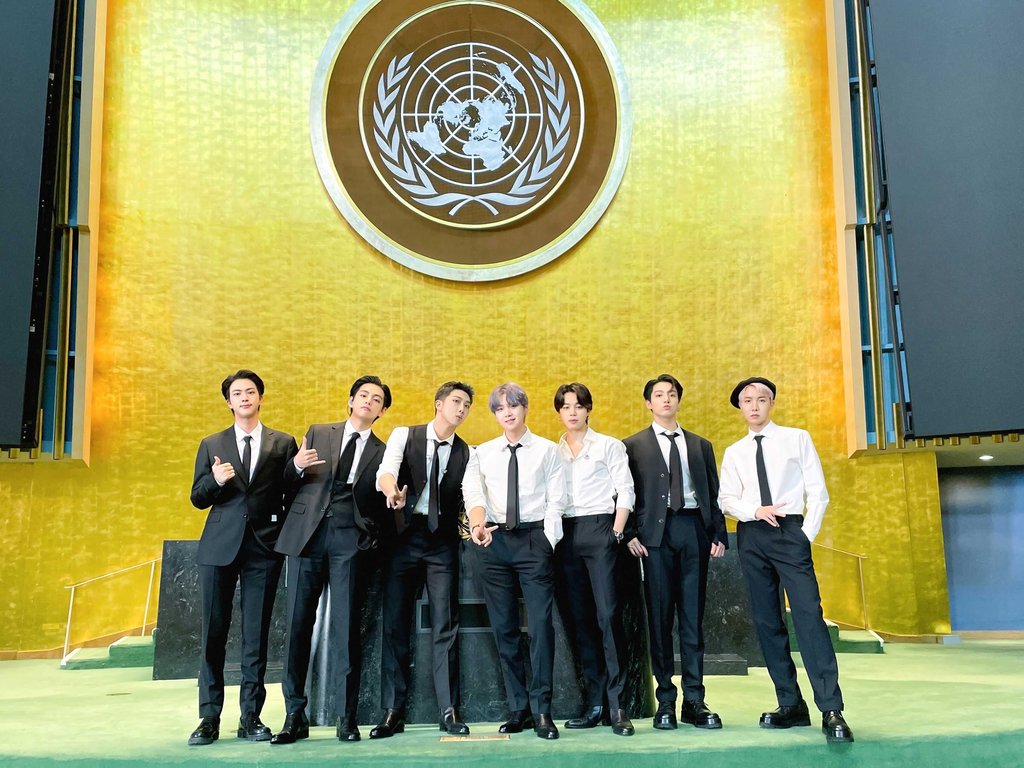 BTS also dropped by the Korean Cultural Center in New York, according to Big Hit Music.

A highlight of the trip was a prerecorded performance of BTS' hit single "Permission to Dance" on the premises of the U.N. headquarters.

As of Friday morning, the video had racked up more than 16 million views on the U.N.'s official YouTube channel.

This was the third time the group spoke at the U.N. During the livestreamed speech, which more than 1 million people reportedly tuned in to, the members lauded young people for their resilience during the COVID-19 pandemic and promoted vaccines, saying all seven of them had received their shots.

Later Friday, the band is set to release a collaboration single with British rock band Coldplay titled "My Universe."

The two acts appeared to have reunited in New York this week, with both bands posting a group photo to their Twitter accounts Thursday. 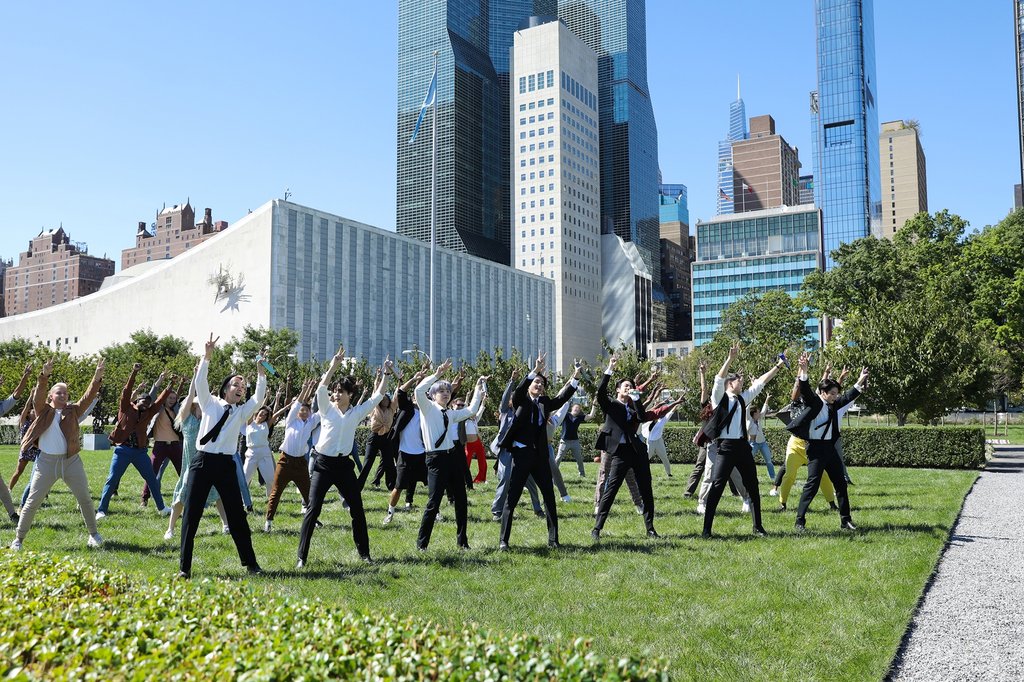