The Recording Industry Association of America (RIAA) revealed the certification on its website Thursday (U.S. time), adding in a tweet, "Congratulations to @bts_bighit! #Butter is DOUBLE PLATINUM!!" 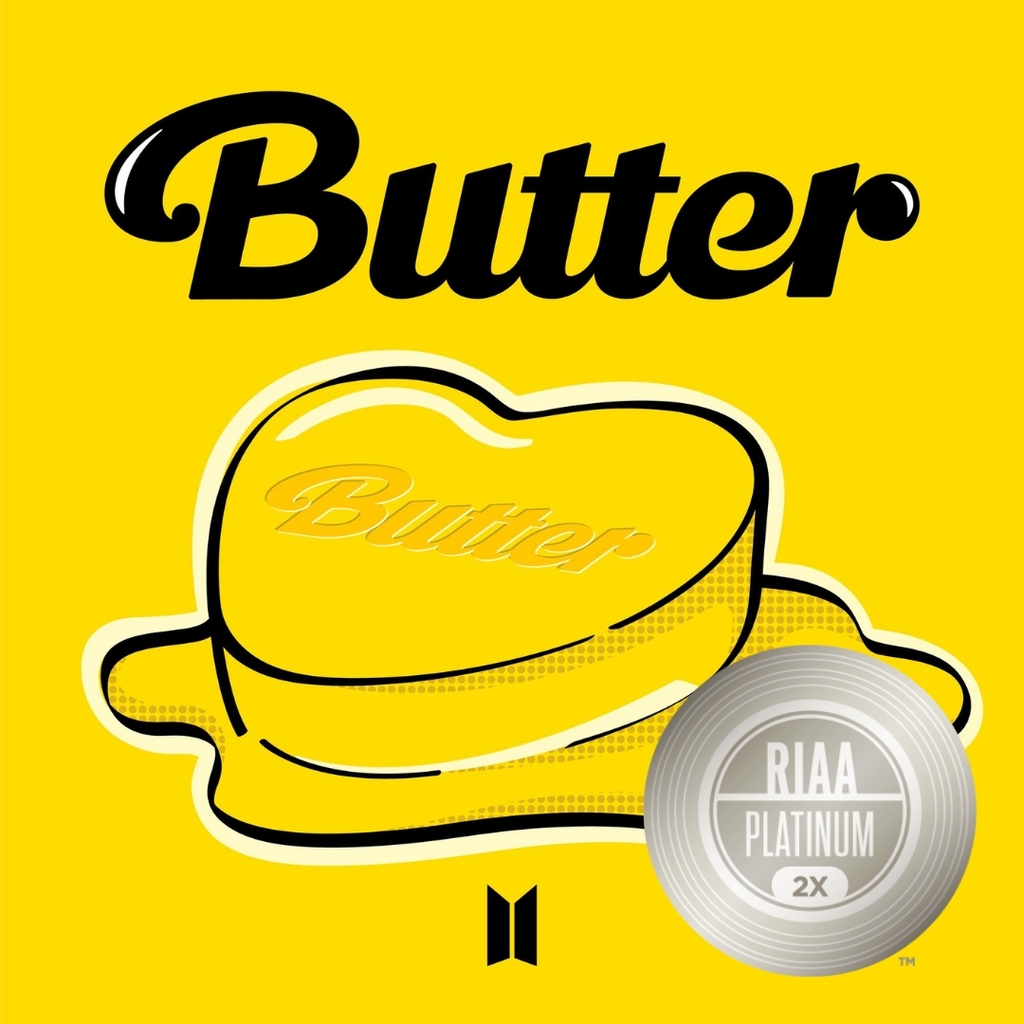 The certification recognizes 2 million certified units, including sales and streams, for the summery disco-pop song released in May.

"Butter" is the septet's second single to earn double platinum after "Dynamite" in March.

BTS has the most certifications for a Korean artist, with five platinums for the albums "Love Yourself: Answer" and "Map of the Soul: 7," as well as singles "MIC Drop," "Idol" and "Boy With Luv" featuring Halsey.