SEOUL, Sept. 29 (Yonhap) -- A majority of South Koreans agree on the need to declare a formal end to the 1950-53 Korean War, as proposed by President Moon Jae-in, a survey showed Wednesday.

Meanwhile, 29.4 percent of the respondents said the declaration was not necessary.

During his U.N. General Assembly speech last week, Moon proposed the two Koreas and the United States, possibly joined by China, declare a formal end to the 1950-53 war, saying it will mark a pivotal point of departure in creating a new order of reconciliation on the Korean Peninsula.

The two Koreas are still technically at war, as the Korean War ended with an armistice, not a peace treaty.

In the same survey, 54.2 percent replied denuclearization talks between the U.S. and North Korea were unlikely to restart within this year.

Over 60 percent of the respondents also agreed on the need to partially ease sanctions against the North before resuming nuclear talks in consideration of the challenges facing the country, including public health and the global pandemic.

The poll had a margin of error of 3.1 points and a 95 percent confidence level. 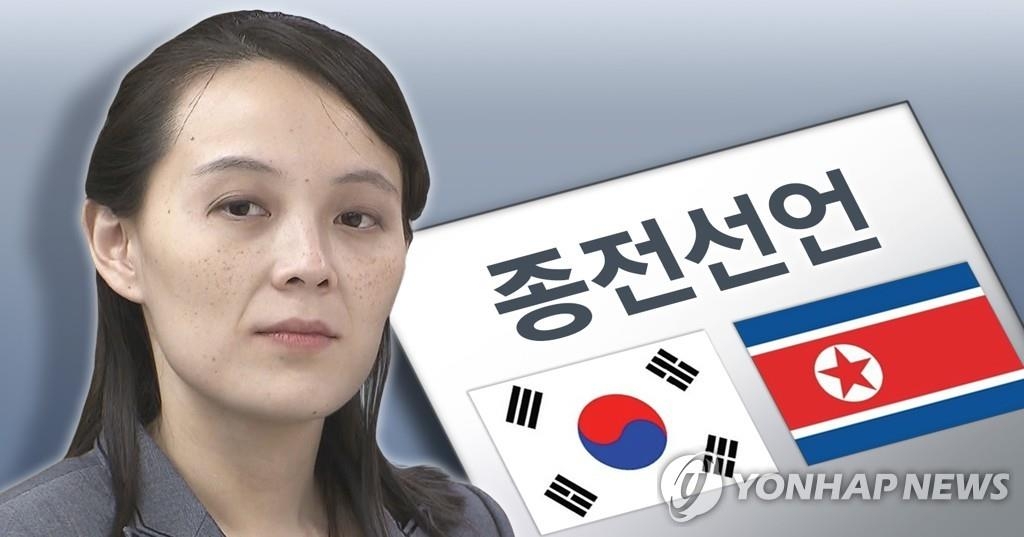