A launch ceremony for the vessel, named Ganghwado, is scheduled to take place later in the day at the Okpo shipyard of Daewoo Shipbuilding & Marine Engineering Co., on the southern island of Geoje, it added.

Built under the ARS-II (auxiliary submarine rescue ship) project launched in 2015, it is the country's second vessel of its kind designed to carry out rescue, underwater research and the recovery of sunken vessel missions.

Currently, the country has the 3,200-ton Cheonghaejin submarine rescue ship, which was commissioned in late 1996.

The new vessel adopted the so-called center well system, which makes it possible to rescue crews of distressed submarines at depths of up to several hundred meters amid waves as tall as 4 meters, while the existing one can operate in waves of up to 2 meters, according to officials of the Defense Acquisition Program Administration (DAPA).

It is capable of rescuing and carrying up to 17 individuals at a time, and can support a midsized chopper, along with 130 crew members, the arms procurement agency said, adding the vessel is scheduled to be delivered to the Navy in around mid-2023 after test operations.

"The advanced Ganghwado ship is expected to help ensure the safe operation of our submarines by conducting missions despite unfavorable conditions at sea," DAPA official Bang Geuk-cheoul said.

Ganghwado, or Ganghwa Island, is a Yellow Sea island, which served as a historic base of resistance in the face of national crises. 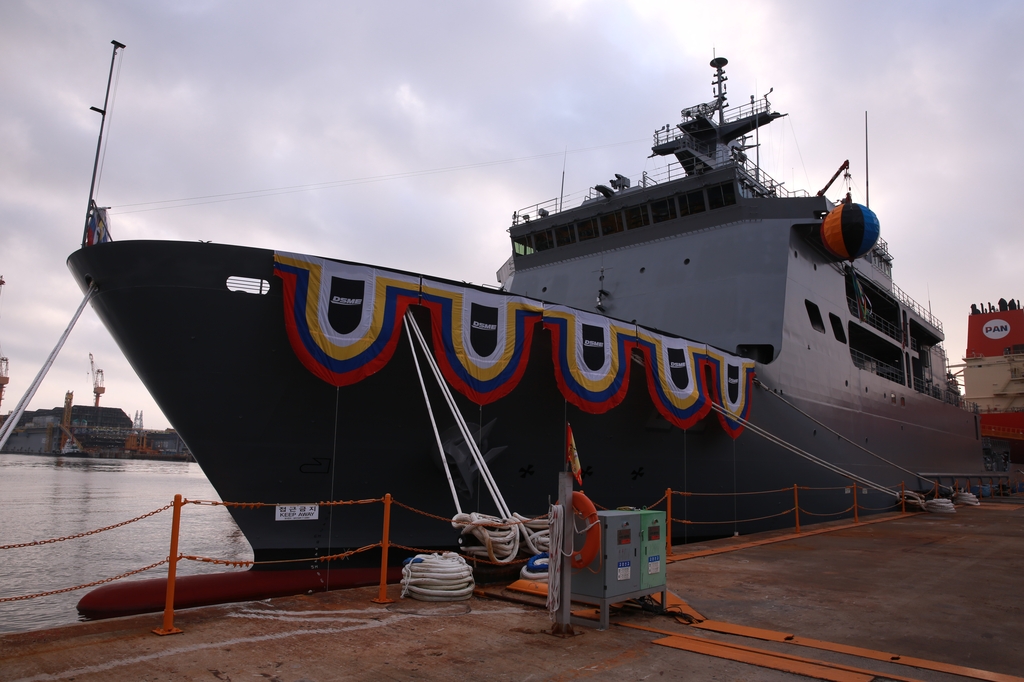