The tech giant unveiled its new smartphones on Sept. 14 and started shipping the devices in the United States later that month.

The new iPhones are expected to gain popularity in South Korea, with the first series of preorders from top carrier SK Telecom selling out in just nine minutes earlier this month. 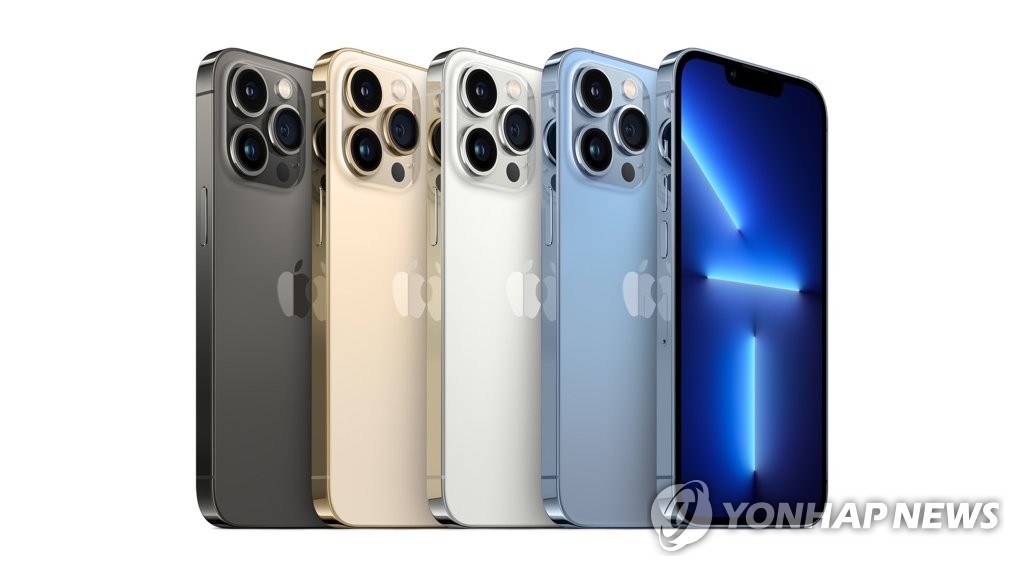 The new iPhones offer better battery life over their predecessors and a much-improved camera system, with Apple's sensor-shift optical image stabilization technology applied to all models.

The new Pro lineup also supports an adaptive refresh rate from 10Hz to 120Hz, catching up to rivals that already offer the technology.

Samsung's Galaxy Z Fold3 and the Galaxy Z Flip3 have enjoyed wide popularity, surpassing combined sales of 1 million units in the local market as of Monday.

Mobile carriers are betting on the increased competition to boost the adoption of 5G mobile plans after a lack of new flagship phones since the start of the year.

While the monthly net growth in 5G users grew by 1 million at the start of the year thanks to Samsung's Galaxy S21 smartphones, it fell to around 600,000 in July, according to the Ministry of Science and ICT.

The number of 5G subscribers in South Korea stood at 17.8 million as of end-August, accounting for around a quarter of the country's total mobile network subscriptions.