SEOUL, Oct. 13 (Yonhap) -- Football is clearly a team sport. Athletes and coaches alike will tell you every chance they have that no one is bigger than the game and it takes teamwork to win.

But sometimes, Herculean efforts by individual players can carry teams to heights once thought unattainable.

In their latest World Cup qualifying match against Iran on Tuesday in Tehran, South Korea nearly pulled off an unprecedented feat -- winning a match at Azadi Stadium in the Iranian capital -- thanks to outstanding performances by their biggest stars at either end of the pitch. 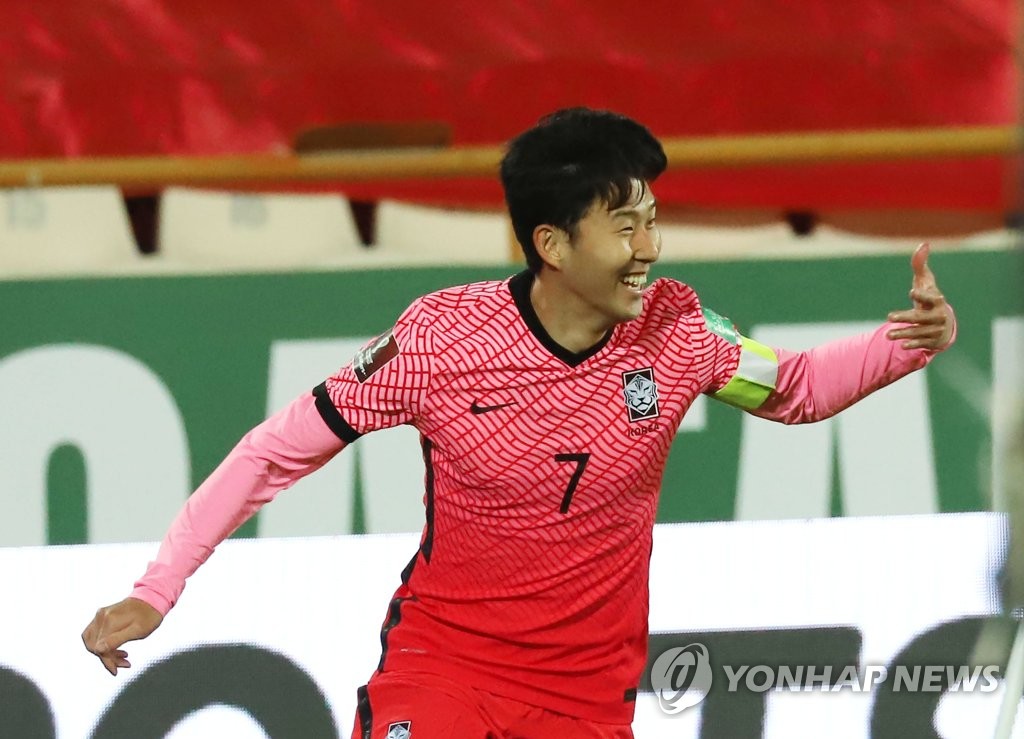 Son Heung-min, South Korea's captain and their most gifted attacker, gave the visitors a 1-0 lead three minutes into the second half. The goal, set up by a picture-perfect throughball from Lee Jae-sung, could have and should have stood as the winner. A late defensive breakdown allowed Iran to pull even in the 76th minute, and the match ended in a spirited 1-1 draw.

But center back Kim Min-jae couldn't be faulted for the lone Iran goal. If anything, Kim almost single-handedly kept the match close with exceptional defending. He used his 190-centimeter, 88-kilogram frame to manhandle Iranian forwards, and also relied on his improving passing skills to start counterattacks going the other way.

Son, already an accomplished scorer for Tottenham Hotspur, doesn't need much space to score. Give him a sliver of daylight and he will make you pay. 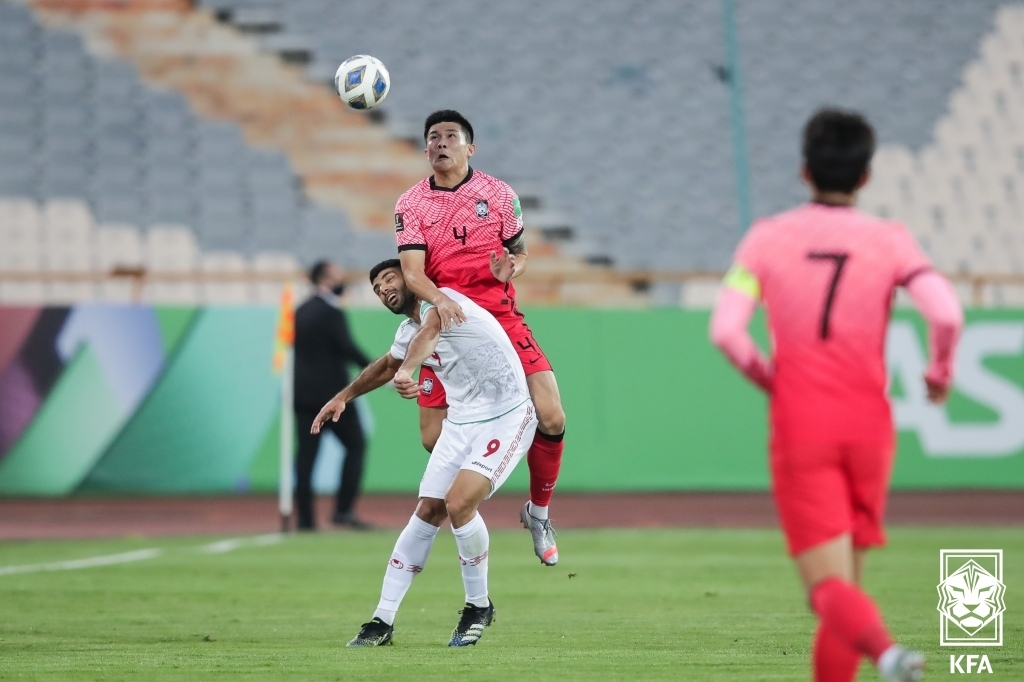 Lee deserves a ton of credit for finding the seam to get the ball to Son, but Son still had to contend with defender Sadegh Moharrami. With the burst of speed, Son got behind the full back and then beat goalkeeper Alireza Beiranvand, who'd charged out of the net in a futile attempt to foil the chance.

The clinical finish was South Korea's first shot on target in the match.

At the other end, Kim was a one-man wrecking crew as he neutralized Iran's two forwards, Mehdi Taremi and Sardar Azmoun. In one notable moment in the first half, Kim shoulder-checked Taremi down to the field as the Iranian star tried to save the ball from rolling over the endline behind the South Korean net.

Kim made plenty of other, more subtle plays -- blocking off several passes before they could reach the forwards and quickly clearing the ball out of harm's way. When the situation called for it, Kim dribbled his way out of trouble and into midfield, with stunning efficiency and ease.

Iran had long given South Korean defenders trouble with their brute strength and physical play. But Kim, who has settled in nicely with his new Turkish club Fenerbahce this season, was more than ready for the challenge. 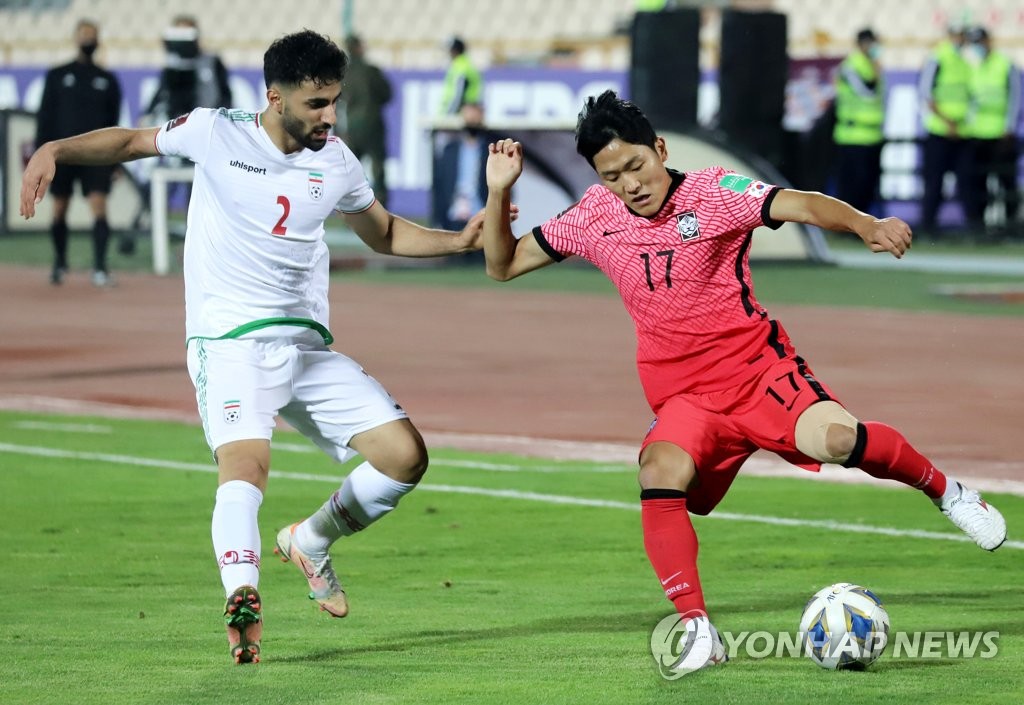 "Kim Min-jae did an excellent job cleaning up the mess on defense," said television commentator Jang Ji-hyun. "He was the biggest star of the match."

While the players held up their end of the bargain, they may not have received enough help from their own coach.

For the second straight match, Paulo Bento appeared a little gun shy about making substitutions for South Korea. After conceding the opening goal, Iran turned their offensive intensity up a few notches. Vahid Amiri, a winger who started the match at left full back with Iran playing more conservatively in the beginning, returned to his natural position to lead Iran's charge on the left side. They also started applying more pressure on the right flank. South Korean full backs Lee Yong and Hong Chul, two of the oldest players in their lineup at 34 and 31, struggled mightily to contain the onslaught.

Bento only replaced Hong with Kim Jin-su in the 70th minute, and Iran scored their equalizer six minutes later. 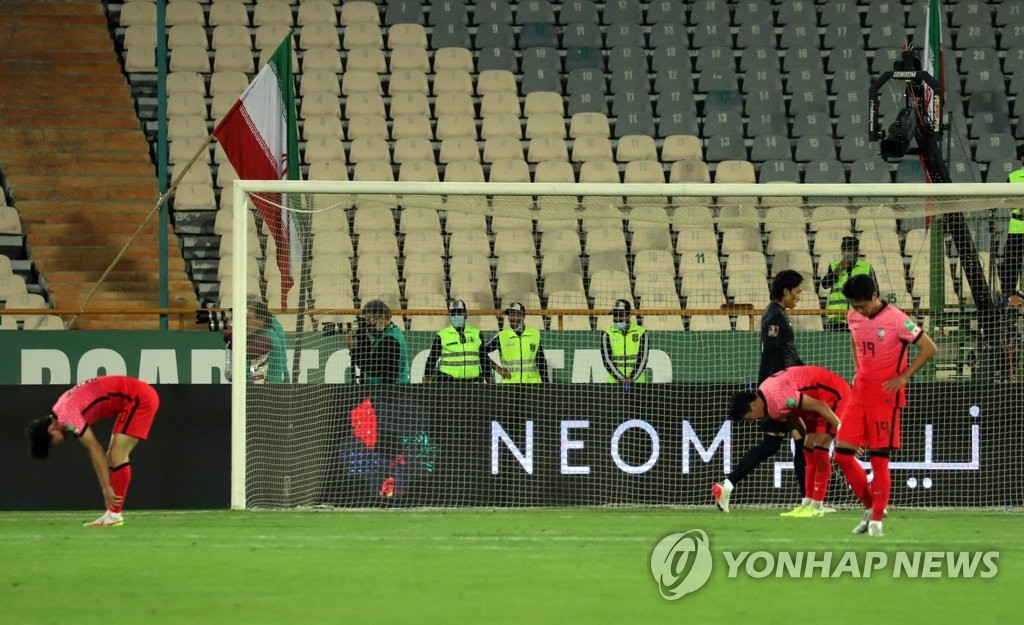 Playing in high altitude, other South Korean players started to appear as if they'd lost a step or two, and they were barely holding on to a tie. It wasn't until past the 80th-minute mark that Bento sent in attackers Na Sang-ho and Lee Dong-gyeong for Hwang Ui-jo and Lee Jae-sung.

"Those were good substitutes, but they came way too late," said Jang, the analyst. "The coach should have made his call earlier when it was obvious that his attacking players were running on fumes." 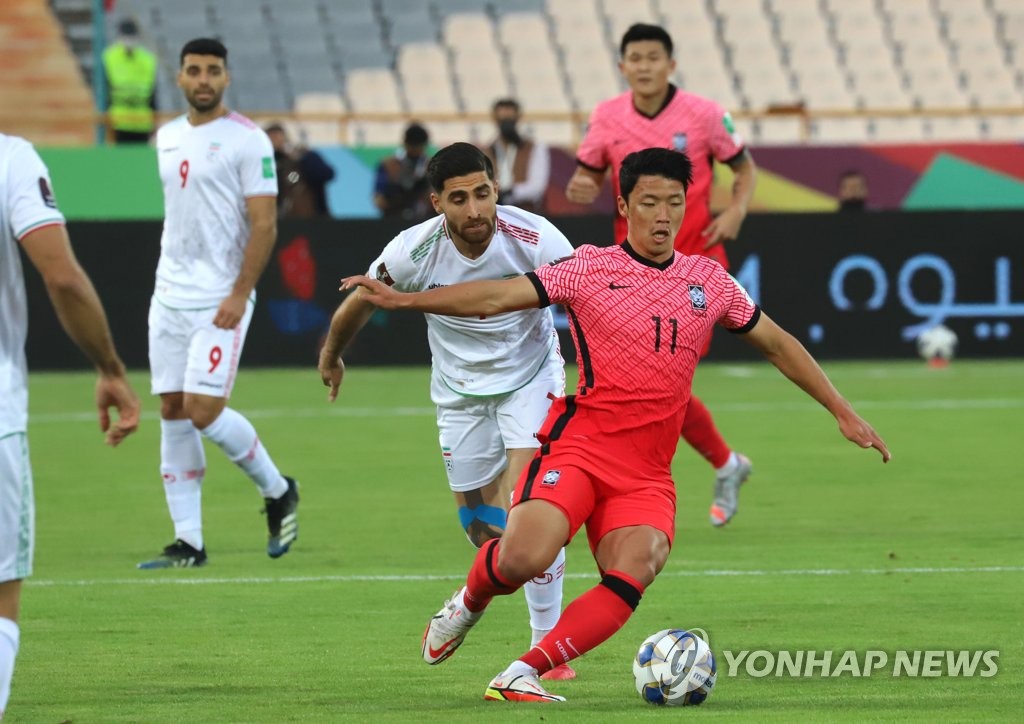