SEOUL, Oct. 14 (Yonhap) -- A key suspect at the center of a snowballing regional development corruption scandal on Thursday disavowed having any "special relationship" with the ruling Democratic Party's presidential nominee as he appeared for a court hearing to determine his arrest.

Prosecutors sought the warrant to arrest Kim Man-bae on Tuesday on charges in connection with how his previously little-known firm, Hwacheon Daeyu Asset Management, reaped massive profits from a 2015 development project in the city of Seongnam, south of Seoul.

The former journalist allegedly colluded with Yoo Dong-gyu, then acting president of Seongnam Development Corp. in charge of the project, to engineer a contract between the two sides to remove a clause limiting the amount of profits that the firm could take from the project.

Prosecutors alleged that Kim caused more than 110 billion won (US$92 million) of losses to the Seongnam city government by removing the clause. He was also accused of giving Yoo 500 million won as part of a deal to pay him a total of 70 billion won.

The main opposition People Power Party has claimed Lee must be behind the whole scheme.

Upon arriving for the court questioning, Kim denied all allegations against him, including his relations with Lee.

"We have no special relationship," Kim said, adding that he met the governor just once for an interview.

He also rebutted reports of him having said in private that an unidentified person was entitled to half of the massive profits that Cheonhwa Dongin No. 1, an affiliate of Hwacheon Daeyu, gained from the project.

Yoon Seok-youl, former prosecutor general and a leading opposition presidential hopeful, claimed that Lee was the person in question and urged him to admit to the allegations and volunteer to be investigated.

"Such a person does not exist, and I don't remember saying as such," Kim said.

The former journalist is also accused of allegedly paying a 5 billion-won bribe to the son of Rep. Kwak Sang-do, in the name of severance pay, to curry favor with the lawmaker.

Thursday's court questioning is expected to last late into the night. 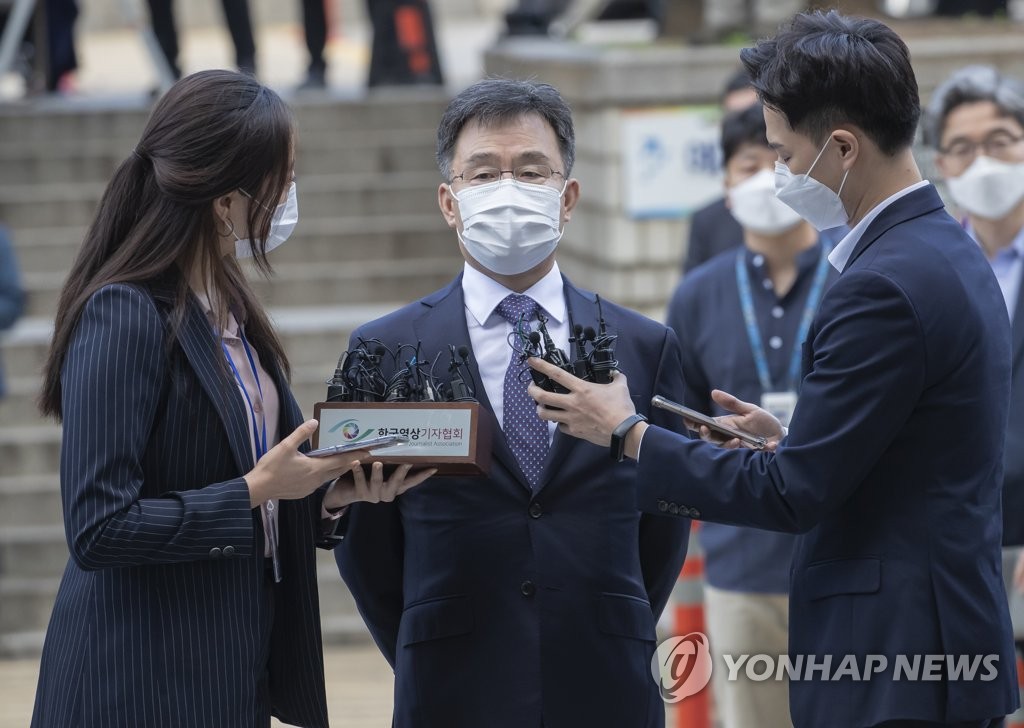