SEOUL, Oct. 18 (Yonhap) -- A key partner in a corruption-laden urban development project involving a former aide to the ruling Democratic Party's presidential nominee was detained upon his arrival from the United States on Monday for questioning over bribery and other allegations.

Nam Wook is believed to be holding a key to resolving suspicions over how a previously unheard-of asset management firm, Hwacheon Daeyu, and its seven affiliates reaped astronomical profits from a 2015 project to develop the Daejang-dong district in Seongnam, south of Seoul, into an apartment complex.

Partners of the project, including Nam who owns one of Hwacheon Daeyu's seven affiliates, were accused of colluding with Yoo Dong-gyu, acting president of Seongnam Development Corp., to have the asset firm take part in the lucrative project.

Upon arrival at Incheon International Airport from Los Angeles, Nam was immediately detained by investigators and taken to the Seoul Central District Prosecutors Office for questioning expected to focus on bribery allegations.

Nam, a lawyer, repeatedly said "sorry" to reporters as he was whisked away.

Nam joined the city-run project as a private partner, and made about 100.7 billion won (US$84.14 million) through his company with a paid-in capital of 87.21 million won.

He had been in the U.S. since mid-September before the investigation into the case began. 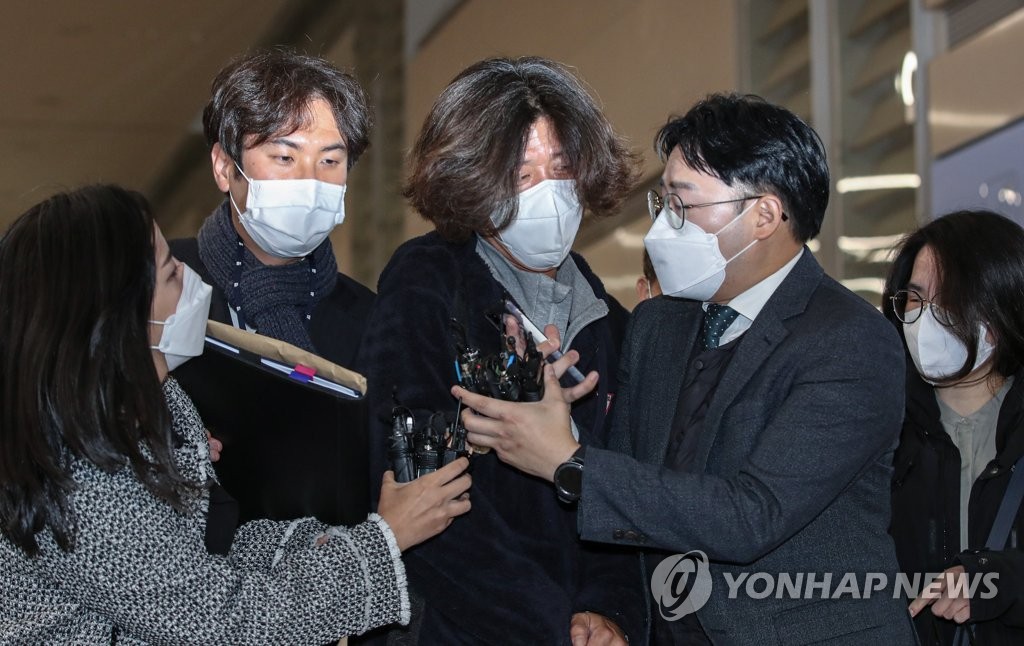 In a recent media interview, Nam denied any wrongdoing, claiming he had been sidelined from the project in its early stages. He shifted the blame to other key figures, including Yoo and Kim Man-bae, owner of Hwacheon Daeyu.

Yoo has already been arrested on charges of bribe-taking and breach of trust. Prosecutors had also sought an arrest warrant for Kim last week, but a court rejected the request, saying that the prosecution failed to present sufficient grounds for his arrest.

The scandal has been the hottest issue in the country amid opposition accusations that Gyeonggi Province Gov. Lee Jae-myung, who is now the ruling Democratic Party's candidate for next year's presidential election, was mayor of Seongnam at the time. Yoo is known as a close associate of Lee.

Prosecutors plan to seek an arrest warrant for Nam.