SEOUL, Oct. 19 (Yonhap) -- A Seoul court on Tuesday ordered a key suspect in a snowballing corruption scandal surrounding a lucrative land development project near Seoul to be kept in detention, rejecting the suspect's request to review the legality of his arrest.

Yoo Dong-gyu, former acting president of Seongnam Development Corp., has been arrested on charges of breach of trust and bribery in connection with the project to develop the Daejang-dong district in the city of Seongnam, south of Seoul, into apartment complexes.

Yoo had asked the Seoul Central District Court to review the legality of his arrest, but the court rejected the request, court officials said.

The scandal centers on revelations that the previously unheard-of asset management firm, Hwacheon Daeyu, and its seven affiliates reaped profits of more than 1,000 times their investments after the firm was selected as a civilian partner for the 2015 project.

Yoo is suspected of being involved in the selection process as acting president of Seongnam Development Corp. and designing the profit distribution arrangements in a way to benefit the firm while inflicting losses on the city.

Yoo, however, has denied any wrongdoing. 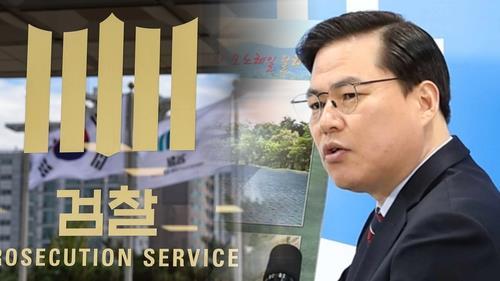 The scandal has been the hottest issue in South Korea in recent weeks amid opposition accusations Gyeonggi Province Gov. Lee Jae-myung, the front-runner in the ruling Democratic Party's presidential primary, is responsible as mayor of Seongnam at the time.

Yoo is considered a close associate of Lee, and it was when Lee was mayor that the Daejang-dong project was undertaken. Moreover, Hwacheon Daeyu is 100 percent owned by a former journalist who interviewed Lee seven months before establishing the firm.

Earlier this week, Lee told lawmakers he feels "betrayed" by Yoo and others implicated in the development corruption scandal and apologized for their wrongdoing, drawing the line against his own involvement in the case threatening to mar his presidential campaign.
(END)