SEOUL, Oct. 20 (Yonhap) -- Gyeonggi Gov. Lee Jae-myung, the presidential nominee of the ruling Democratic Party (DP), said Wednesday he was not aware of discussions about limiting private investors' profits from a lucrative regional development project at the center of a snowballing corruption scandal.

Lee made the remark during a parliamentary audit of his government, saying the discussions took place at the working level and he only found out about them through recent news reports. 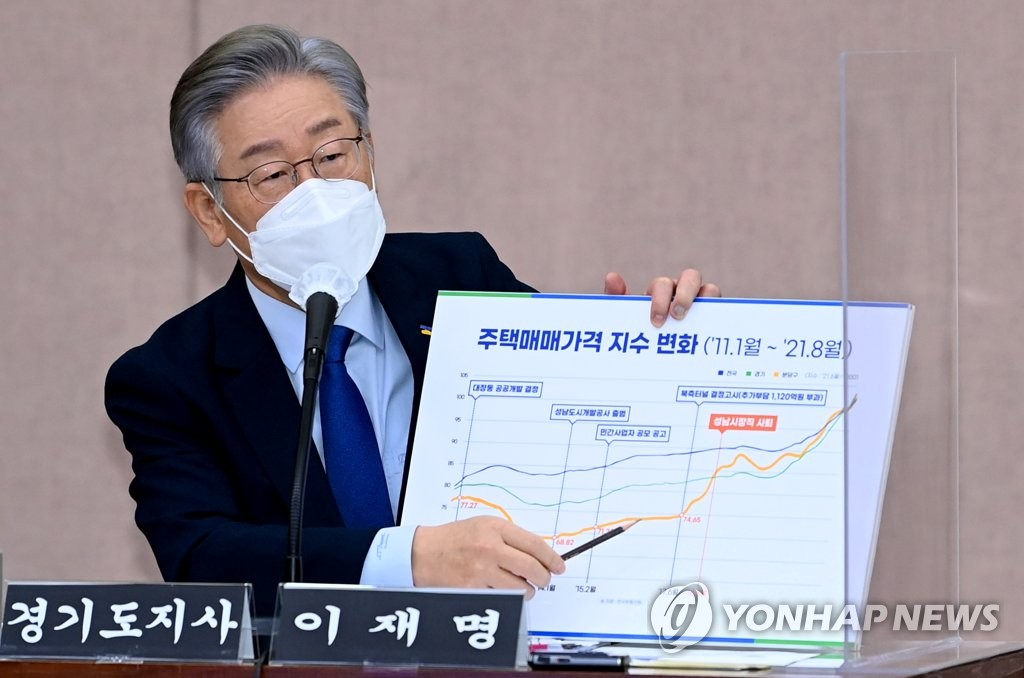 During an earlier audit on Monday, the governor had said he rejected a suggestion to add a clause to a contract to limit the size of profits private investors could take from the apartment development project in Seongnam, south of Seoul, in 2015 when he was the city's mayor.

The main opposition People Power Party (PPP) had seized on that comment to accuse Lee of breach of trust, saying the governor inflicted losses to the Seongnam municipal government by allowing a little-known asset management company, Hwacheon Daeyu, to reap 1,000 times its investment in profits from the public-private partnership.

Suspicions also persist that Lee took a share of the enormous profit.

"I didn't say that I made the decision then (to reject the suggestion) but that I learned through recent news reports that there were such discussions among working-level officials at the time," Lee said before the National Assembly's Land, Infrastructure and Transport Committee at the Gyeonggi government office in Suwon, 46 km south of Seoul.

"Logically speaking, how can it be a breach of trust if I didn't accept a suggestion?" he added.

The audit was likely to be one of his last official duties as governor before he resigns to focus on the presidential election slated for March 9.

The PPP, which had vowed to use the pair of audits to expose Lee's alleged corruption, was dealt a major embarrassment after one of its lawmakers used a dubious photo of cash bundles to accuse the governor of taking bribes from gangsters.

Lee has rejected all allegations and distanced himself from the former acting president of Seongnam Development Corp., who was responsible for the city-run project.

Yoo Dong-gyu, who was arrested early this month on charges of breach of trust and bribe-taking, has been considered a close aide to the governor. 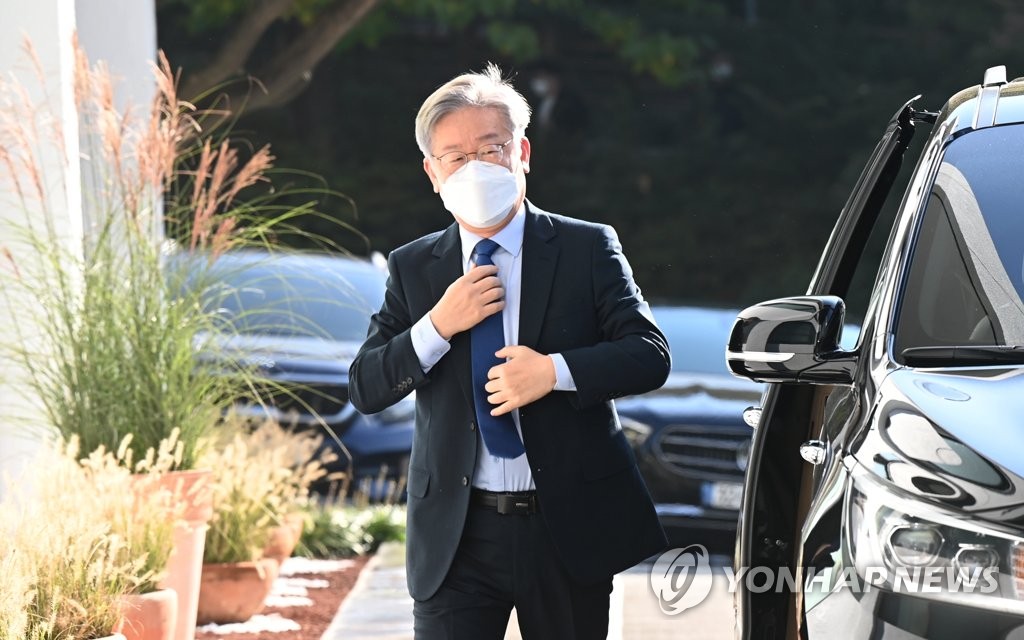