SEOUL, Oct. 26 (Yonhap) -- North Korea on Tuesday rebuked the U.N. special rapporteur on its human rights situation for "distorting our reality" and acting "at the urging of the United States" as the country responded to his recent criticism of the regime.

In the remarks carried by the North's official Korean Central News Agency, the spokesperson for the Korea Association for Human Rights Studies berated Tomas Ojea Quintana for having accused the North of rights violations during a recent U.N. General Assembly session.

"Recently, so-called 'special rapporteur' on the human rights situation in the DPRK has maliciously slandered our state at the United Nations, reeling off reckless remarks such as 'systematic human rights violation,' 'oppression of freedom of expression,'" the spokesman said.

"The 'special rapporteur,' not being content with distorting our reality, has pointed a finger at our 'people's livelihood' and viciously picked on the most realistic and appropriate anti-epidemic measures taken by our state for our own specific need," the spokesperson added.

The official also raised suspicion that the remarks by the special rapporteur could be a "scheme worked out at the urging of the United States."

In addition, the spokesperson requested the United Nations take an immediate step to create a new special rapporteur post mandated to oversee the human rights situation in the United States, which the official claims is suffering from "chronic human rights complications." 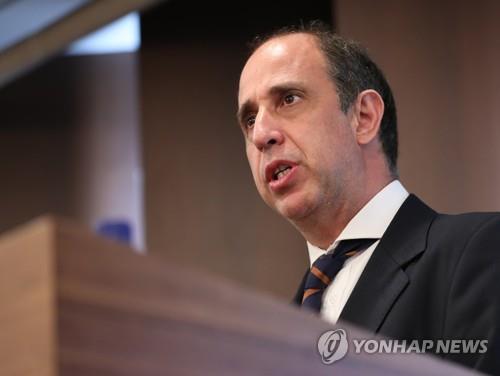