Kim unveiled the decision during a Cabinet meeting, saying that Roh made significant contributions to the nation's development as the 13th-term president.

"With Cabinet members, I express my deep condolences on the passing of former president Roh Tae-woo and give my sympathy to his family members," Kim said. "The government will hold a state funeral and thoroughly prepare it with respect so that people can pay tribute to his contribution."

Kim and other Cabinet members will visit the funeral altar of Roh later Wednesday. 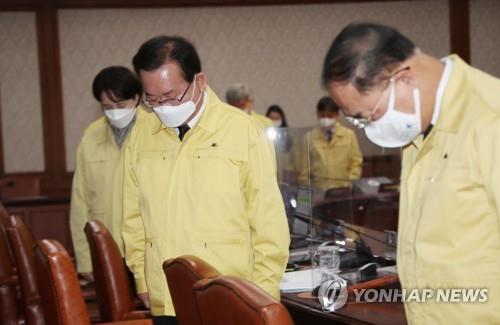 The decision comes as the presidential office of Cheong Wa Dae faced a dilemma over how much courtesy to extend to Roh, the country's last general-turned-president accused of deep involvement in a coup and the bloody crackdown on a pro-democracy uprising.

President Moon Jae-in has not issued any message yet since Roh died Tuesday at age 88, suggesting that soul-searching is under way to determine the right balance between paying respect to a late predecessor and public sentiment critical of his dark legacy.

Presidential chief of staff You Young-min told lawmakers Tuesday that a state funeral for Roh is "possible, but it needs a process."

Roh rose to prominence after helping former President Chun Doo-hwan seize power through the 1979 military coup in the wake of a political vacuum created by the death of former authoritarian President Park Chung-hee. 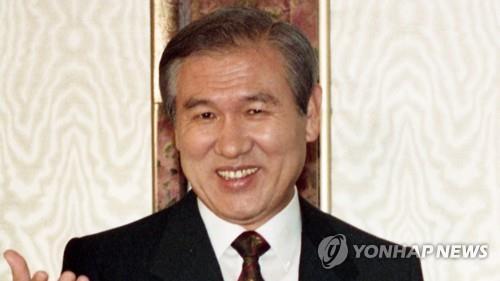 Chun's junta was accused of ruthlessly cracking on the 1980 uprising in Gwangju, leaving more than 200 dead and 1,800 others wounded, according to conservative official data.

Some lawmakers of the ruling Democratic Party (DP) voiced opposition to a state funeral for Roh, citing his role in the military coup.

Attention is also focusing on where Roh's remains will be buried.

The family of Roh said they have been in consultations with the government about a funeral process.

On Tuesday, the family made public his last message asking for forgiveness for his "faults" -- an apparent reference to his much-criticized role in the military coup and the bloody crackdown on a pro-democracy uprising in Gwangju.

"I made my best efforts but now sincerely ask for forgiveness for my shortcomings and faults," Roh was quoted by his family as saying. "I feel very grateful and honored to have humbly accepted my destiny and served the great Republic of Korea and the people."