SEOUL, Oct. 27 (Yonhap) -- South Korea and the United States will continue "serious and in-depth" bilateral discussions on the proposed declaration of a formal end to the 1950-53 Korean War, Seoul's foreign ministry said Wednesday, after a top U.S. official indicated that the allies may have some differences on the issue.

National Security Advisor Jake Sullivan told reporters in Washington D.C. Tuesday (local time) that the two sides are aligned on engaging with North Korea, but could have "different perspectives" on the approach.

"We may have somewhat different perspectives on the precise sequence or timing or conditions for different steps," Sullivan said in response to a question as to whether Washington is considering accepting Seoul's offer of the declaration in a bid to help resume stalled talks with Pyongyang.

His remarks came amid concern that Seoul and Washington may have divergent views on the details of how to bring Pyongyang back to the negotiating table and reward its denuclearization steps.

South Korea regards the envisioned declaration as a catalyst to begin the denuclearization process in earnest. While the Joe Biden administration publicly admitted that relevant consultations with South Korea are under way, it has remained rather vague on its specific position on the diplomatically and politically sensitive matter.

A foreign ministry official here said in a press statement that the allies are united in prioritizing diplomacy and dialogue with North Korea for the complete denuclearization of the peninsula and establishment of lasting peace, as they have continued close consultations to that end.

The two sides will continue "serious and in-depth consultations under close coordination," the official said. 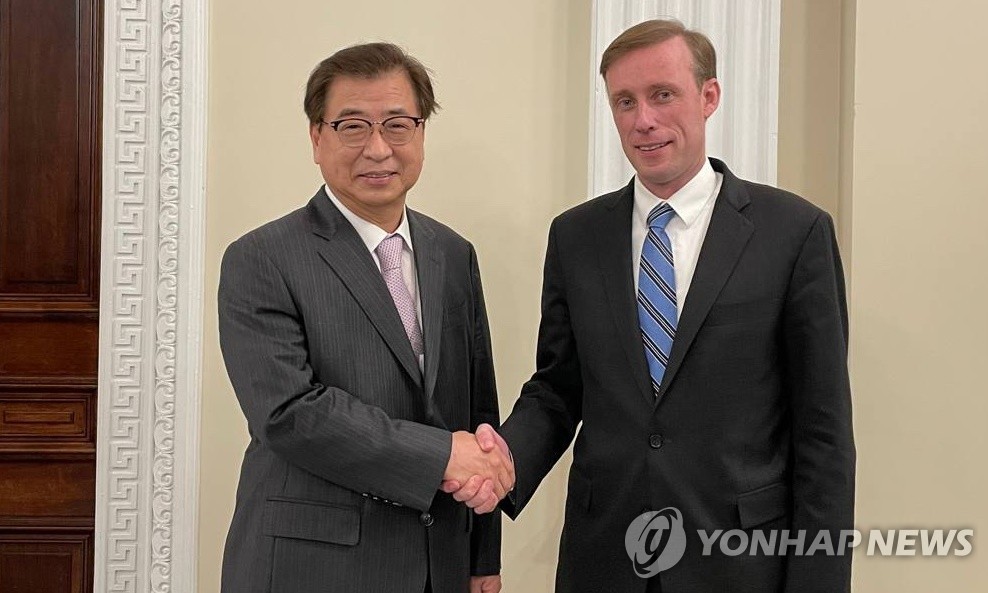