BUDAPEST, Nov. 2 (Yonhap) -- President Moon Jae-in arrived in Budapest on Tuesday for a series of summit talks with the leaders of Hungary, Poland, the Czech Republic and Slovakia, as South Korea seeks to bolster ties with the Eastern European nations.

Shortly after his arrival, Moon was to visit a memorial site in central Budapest for the 25 South Koreans killed in the Hableany (Mermaid) boat sinking in 2019.

Hungary erected a monument in memory of the 25 Korean victims earlier this year. The memorial sculpture was set up near the accident site on the Danube River, where the Korean tourists went missing after their sightseeing vessel capsized and sank after colliding with a river cruise ship on May 29, 2019.

Also scheduled are meetings with business leaders from Hungary, Poland, the Czech Republic and Slovakia, which form the Visegrad Four group.

In Budapest on Thursday, Moon will hold a summit with the prime ministers of Hungary, the Czech Republic, Poland and Slovakia in the second summit between South Korea and the Visegrad group.

The Visegrad group is the second-largest market in Europe, and the visit is expected to help South Korean firms make inroads into the European market in the fields of electric cars and batteries.

Hungary is the final leg of Moon's three-nation swing through Europe that already took him to Italy for the G-20 summit in Rome and Britain for the U.N. climate summit in Glasgow. 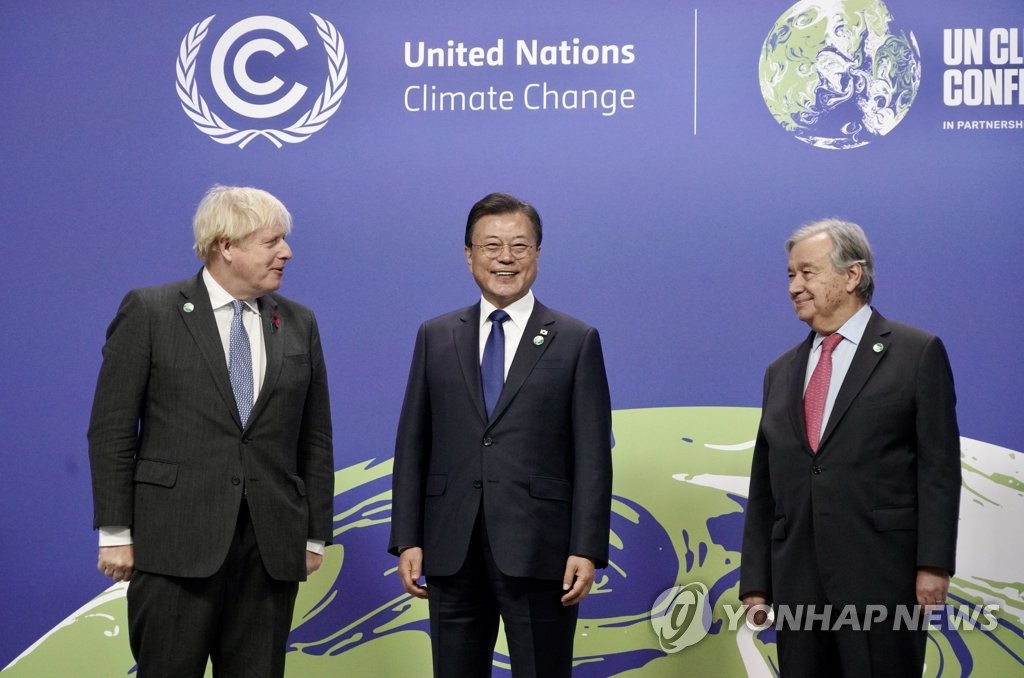