BUDAPEST, Nov. 4 (Yonhap) -- South Korean President Moon Jae-in and the prime ministers of Hungary, the Czech Republic, Poland and Slovakia, known collectively as the Visegrad group, agreed Thursday to bolster their cooperation in the fields of economy, science, technology and climate change.

During the summit, the leaders gave high marks to the fact that bilateral trade between South Korea and the Visegrad nations reached an all-time high last year despite the COVID-19 pandemic.

"In spite of a contraction in global trade last year due to COVID-19, the Visegrad group emerged as the second-biggest trade bloc in the European Union," Moon told the summit. 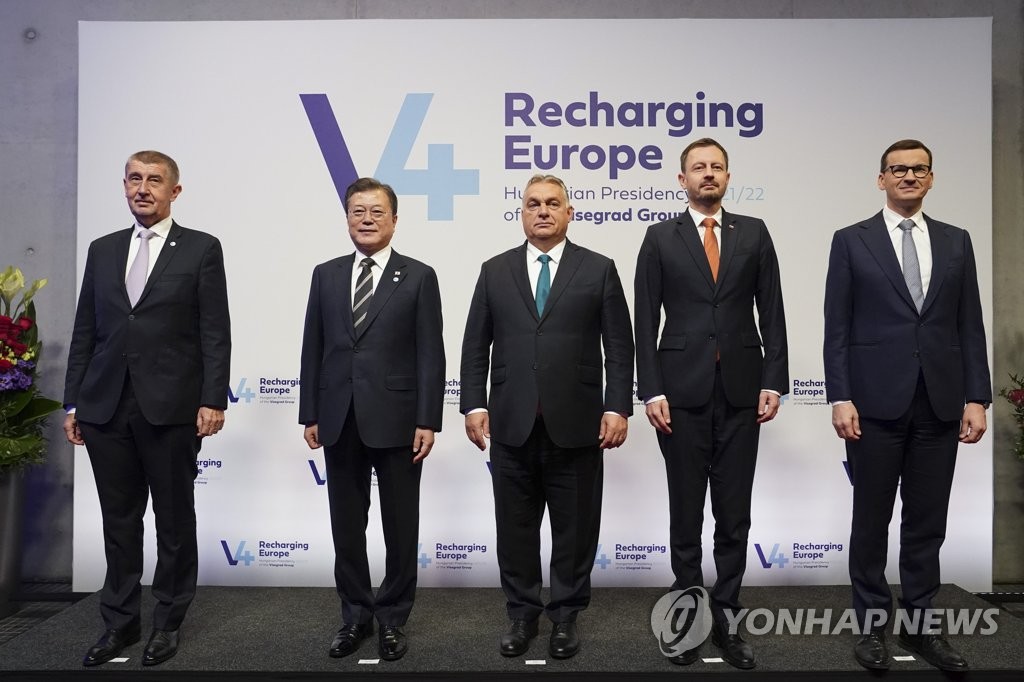 The leaders also agreed to further expand cooperation not only in areas related to technological transformation, dubbed the Fourth Industrial Revolution, but also in digital technology and healthcare.

To find new growth engines and achieve carbon neutrality, the leaders agreed to jointly seek collaboration in hydrogen-related industries and infrastructure, according to Moon's office.

In a post-summit joint statement, Moon and the Visegrad leaders "stressed the importance of resuming sustainable dialogue amongst all concerned parties, including through the full and expeditious implementation of previous inter-Korean and U.S.-DPRK (North Korea) commitments." 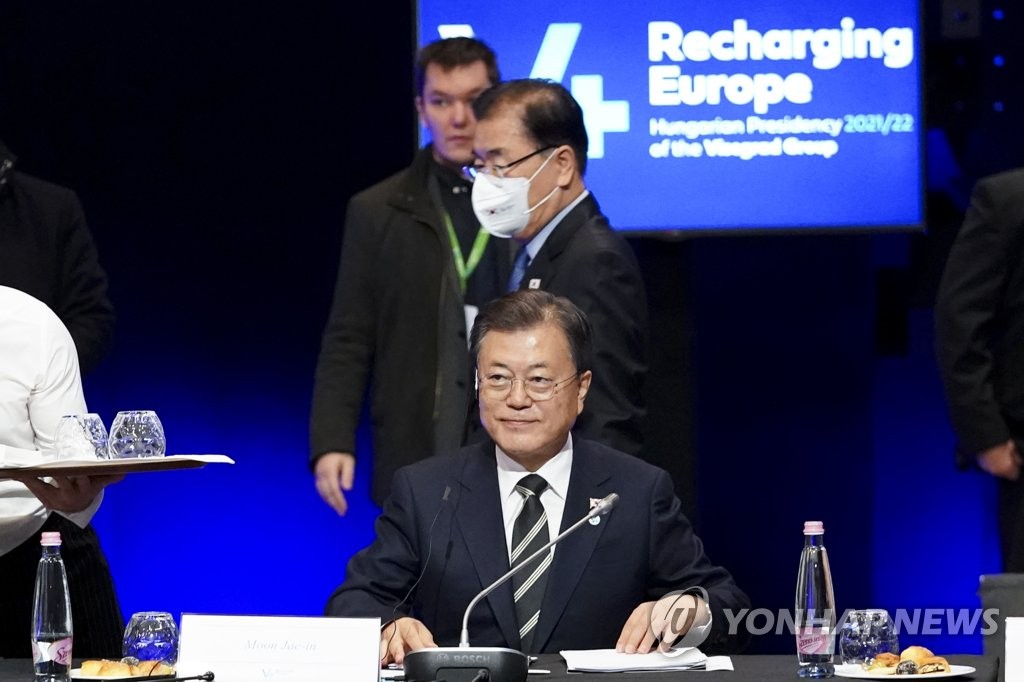 After the group summit, Moon held bilateral summits with the prime ministers of the Czech Republic, Poland and Slovakia.

At a summit with the Slovak prime minister, Moon asked Slovakia to help Korean firms join the European nation's infrastructure projects. Moon and Heger also discussed ways to promote bilateral relations through cooperation in the economy, science and technology.

During a summit with the Polish prime minister, Moon asked Morawiecki to further expand bilateral cooperation into the fields of nuclear power plants, arms procurement and infrastructure.

Moon also thanked the Polish Government for arranging entry into Poland by essential personnel from Korean businesses last year, despite the COVID-19 pandemic.

At a summit with the Czech prime minister, Moon and Babis stressed the importance of mutual cooperation in future-oriented industrial sectors.