(ATTN: UPDATES with more details in para 20)
By Kim Soo-yeon

SEOUL, Nov. 11 (Yonhap) -- The South Korean economy is forecast to grow 3 percent next year as private spending is likely to pull off a robust recovery amid the vaccine rollout, the Korea Development Institute (KDI) said Thursday.

KDI's 2022 growth outlook, which remained unchanged from its estimate in May, is on par with the 3 percent growth estimates by the government and the Bank of Korea (BOK). The International Monetary Fund forecast 3.4 percent growth for Korea.

"On the back of the COVID-19 vaccination drive, private spending is expected to post a robust recovery next year, led by an increase in consumption of services," KDI said in a statement. 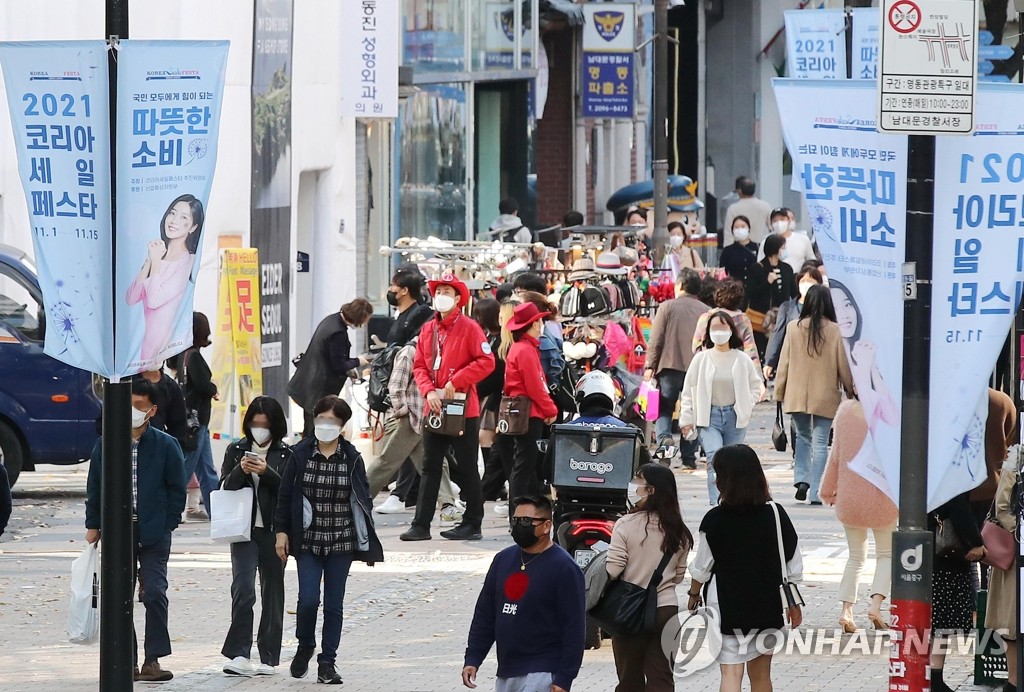 The state-run think tank revised up its growth outlook for South Korea's economy this year to 4 percent from 3.8 percent.

Asia's fourth-largest economy is on a recovery path on the back of solid exports of chips.

But its recovery momentum weakened in the third quarter as the manufacturing sector, the backbone of the economy, has slowed down due largely to disruptions of global supply chains, according to KDI.

Private spending declined 0.3 percent in the third quarter from three months earlier, slowing from a 3.6 percent on-quarter gain in the second quarter due to the resurgence in COVID-19 cases.

"As the country began a gradual return to normal life in line with the vaccine rollout, private spending is likely to rebound fast, led by a recovery in the face-to-face service sectors," KDI said.

South Korea began easing virus curbs in November in its first step of the "living with COVID-19" scheme as 77 percent of its 52 million population have been fully vaccinated.

Private spending is forecast to grow 3.9 percent next year, compared with an estimate of a 3.5 percent gain for this year, according to KDI.

Exports of goods are projected to increase 2.6 percent, slowing from the 8.5 percent growth for this year.

KDI, meanwhile, forecast the country's consumer prices will rise 1.7 percent in 2022, lower than 2.3 percent for this year. The BOK aims to keep annual inflation at 2 percent over the medium term.

South Korea's consumer prices grew 3.2 percent on-year in October, the fastest gain in almost a decade, due to the base effect and surging oil prices. Inflation rose more than 2 percent for the seventh consecutive month.

The think tank said the impact of high oil and other commodity prices will likely be subdued in the second half of next year.

"If a supply shortage of urea solution is not addressed at an early date, it could work as a significant downside risk on the Korean economy," Hur Jin-wook, a research fellow at KDI, told reporters.

South Korea has been grappling with a shortage of urea solution and its surging prices in recent weeks, as China tightened exports of urea in October amid a power crisis caused by a coal supply shortage. 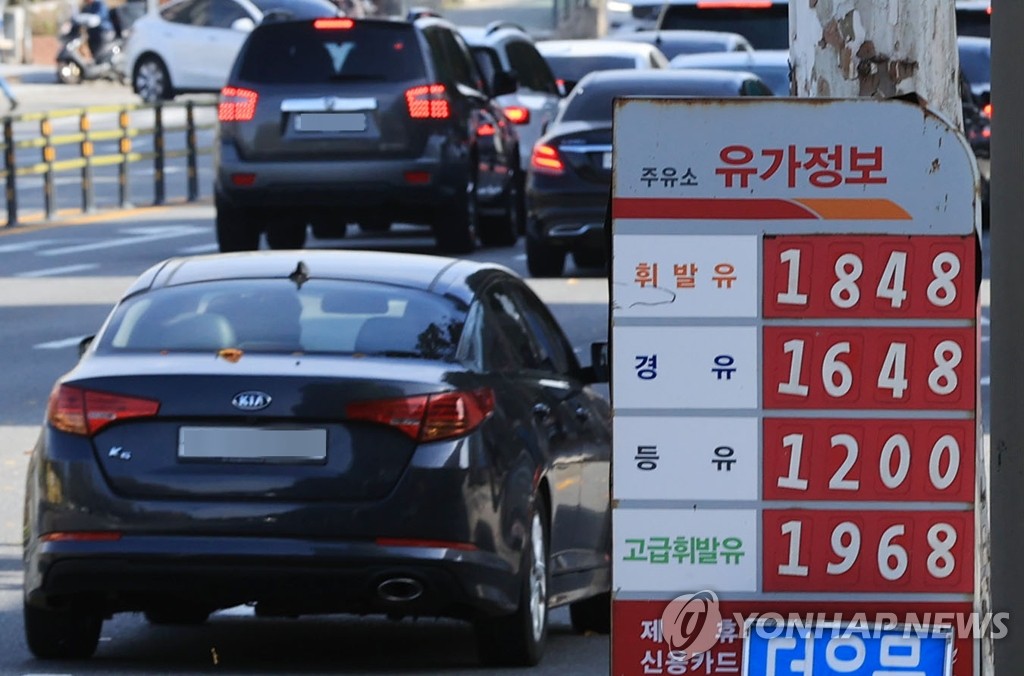 KDI said the BOK should not raise the policy rate at a fast pace, given its negative impact on the fragile economic recovery.

The BOK is widely expected to hike the key interest rate this month to tame inflation and curb household debt. The central bank raised it by a quarter percentage point to 0.75 percent in August, the first hike since November 2018.

"The BOK started raising the policy rate at an earlier date than other advanced nations. If it hikes the rate in November, the pace seems to be considerably fast," said Jung Kyu-chul, director at KDI's economic growth forecast office.

The research institute said the government needs to manage fiscal policy with a focus on providing targeted support to vulnerable people next year.

"Over the medium term, the government should be proactive in curbing a steep rise in the national debt," KDI said.

With a proposed record high budget for next year, South Korea's sovereign debt is forecast to exceed 1,000 trillion won (US$843 billion) for the first time, according to the finance ministry. The debt-to-GDP ratio will likely hit 50.2 percent in 2022, up from the 47.3 percent estimate for this year.