SEOUL, Nov. 11 (Yonhap) -- Seven peace-themed hiking trails along the Demilitarized Zone (DMZ) separating the two Koreas will open to the public at the end of next week, the government said Thursday.

Of them, two trails in Paju, north of Seoul, and Goseong of Gangwon Province, will reopen while the five others in the Gyeonggi province cities of Gimpo and Goyang, the western border island of Ganghwa and the Gangwon Province counties Hwacheon and Yanggu will be newly unveiled, the culture ministry said.

The DMZ, which is about 250 km long and 4 km wide, is one of the world's most heavily fortified borders, with the rival Koreas technically in a state of conflict, as the 1950-53 Korean War ended in a truce, not a peace treaty.

The government opened to the public three hiking routes in Paju, Goseong and Cheorwon in April 2019 but temporarily closed them due to the outbreak of the African swine fever and the novel coronavirus pandemic five months later. 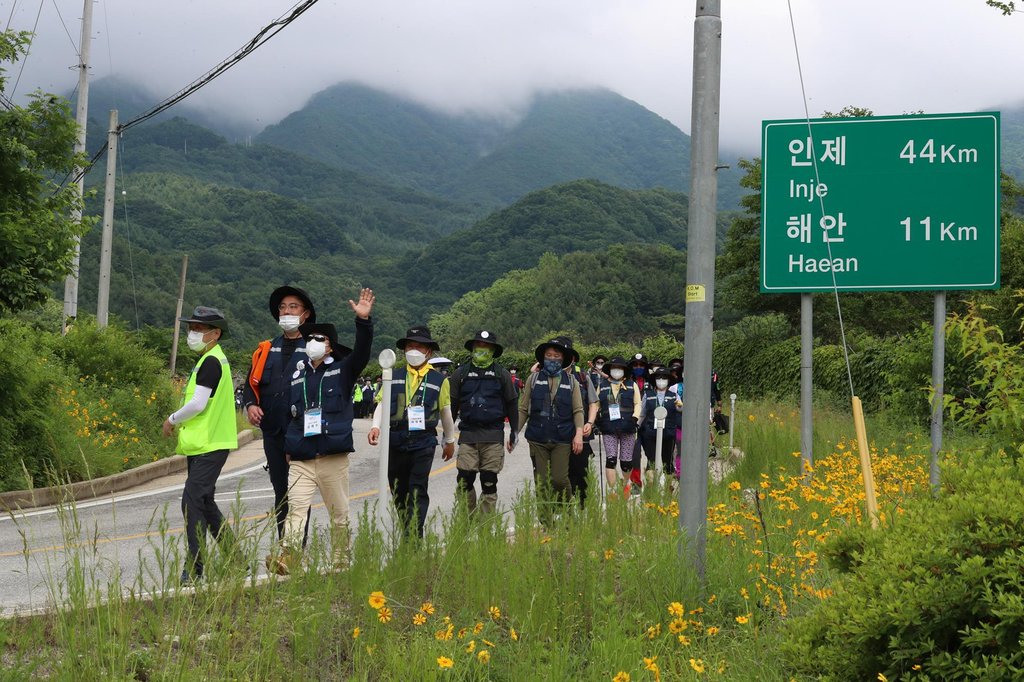 The Cheorwon route will remain closed for the time being for additional maintenance measures and the protection of migratory birds, along with two other new peace-themed trails created in Yeoncheon and Inje, according to the ministry.

The government also plans to open to the public a 524 km-long trail linking Ganghwa Island on the west coast and Goseong on the east coast in 2023.

The seven trail routes can be used for free. Visitors are required to make a reservation on the DMZ Peace Road website (www.dmzwalk.com) run by the Korea Tourism Organization or its mobile app Durunubi for providing information on hiking trails. They must either be fully vaccinated or have tested negative for the virus within three days prior to the visit.

"We expect the opening of the seven peace-themed routes to serve as an opportunity to recover tourism in the DMZ region, called 'the last glacier of the Cold War,'" the ministry said in a press release. "We will develop the DMZ as a world-class peace and ecological tourist attraction."