SEOUL, Nov. 11 (Yonhap) -- Lee Jae-myung, the presidential nominee of the ruling Democratic Party, on Thursday promised to delay taxation of virtual assets and increase its deduction limits, a move that is seen as targeting young voters in the upcoming presidential election.

"The foundation of taxation is trust, and we need to make a taxation system which people can trust," Lee wrote on his Facebook page. "Rushed taxation without preparation cannot earn justification, and could cause tax resistance and confusion."

Lee, a former Gyeonggi Province governor, also reiterated the pledge during a meeting with young people at the National Assembly in Seoul, saying the country needs to open the doors for the younger generation to have new investment and asset building opportunities.

Lee and the DP have been calling for the government to push back its virtual asset taxation for one year to 2023, although the finance authorities have been opposing the proposal, saying it will begin the taxation as planned. 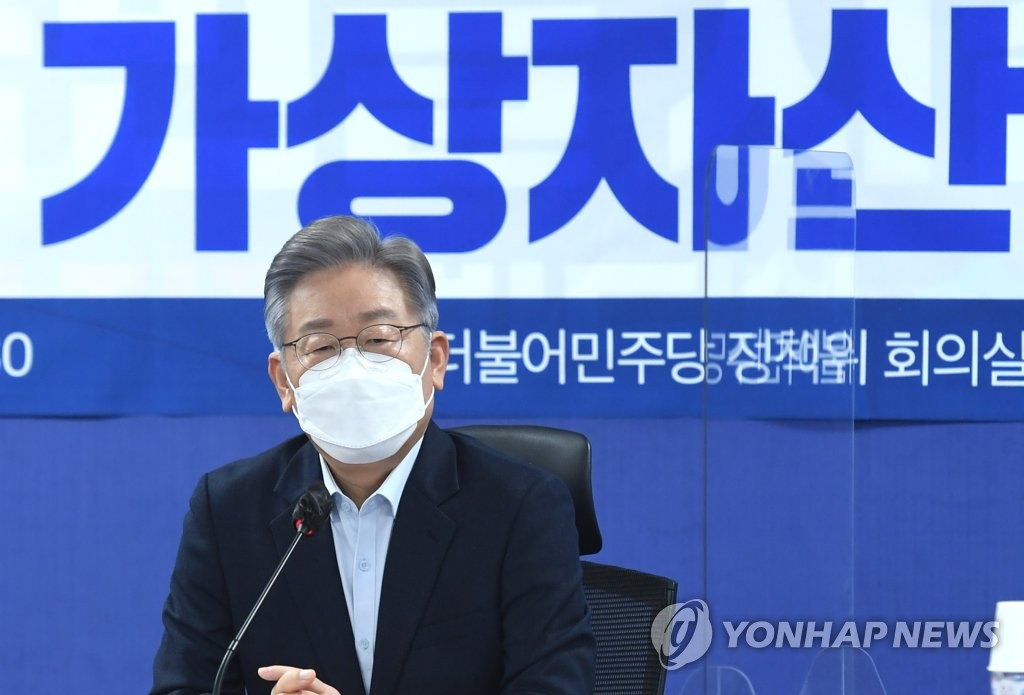 The government plans to impose a 20 percent tax on capital gains of more than 2.5 million won (US$2,100) from transactions of virtual assets next year.

Lee claimed there are many things to be checked before the taxation begins, such as whether to recognize virtual asset income as intangible assets and how to deal with incidental expenses when people trade virtual assets on foreign exchanges.

"There are opinions that taxation on asset income, including from virtual assets, should be comprehensively carried out in 2023," he said. "We also need to increase the tax deduction limit."

Investors of virtual assets, such as Bitcoin and other cryptocurrencies, have been demanding that authorities apply the same taxation standards to them as those imposed on stock transactions.