SEOUL, Nov. 11 (Yonhap) -- A film based on the life of St. Andrew Kim Tae-gon, the first native Korean Catholic priest, will be produced as South Korea celebrates the bicentenary of his birth this year.

Kim was born in 1821 during the Joseon Dynasty in Dangjin, about 120 kilometers south of Seoul, to a devout Catholic family. He traveled on foot to a seminary in Macau, China, at the age of 15 and was ordained as a priest in Shanghai in 1845.

Back home, he was assigned to arrange for missionaries to enter Korea by sea to elude border patrols. He was arrested, tortured and finally beheaded at the Han River near Seoul the following year at the age of 25. Kim was canonized as a saint by Pope John Paul II during his visit to South Korea in 1984. 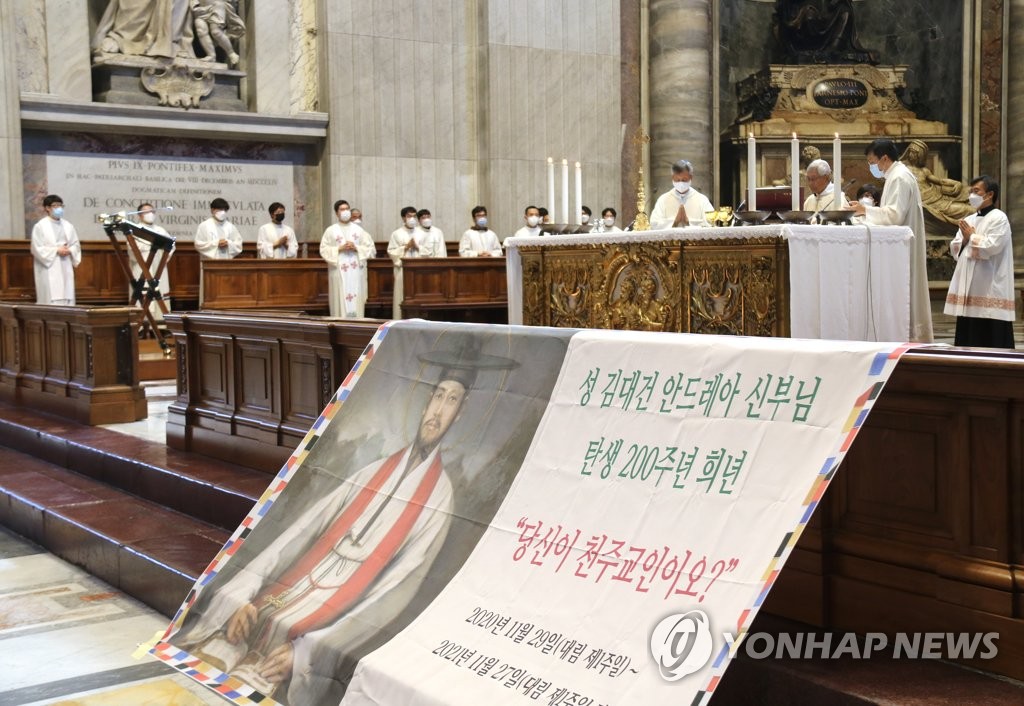 Park said on Thursday his film will depict him not only as a Catholic martyr but as a young pioneer and adventurer who wandered across sea and land in the turbulent era.

"My film will trace his short life, focusing on the period from a point when he left to study in Macau and till when he was martyred as a priest at the age of 25," he said during a press conference in Seoul to promote the film.

"It's pity that he hardly draws attention outside the Catholic church because he is a religious figure and that people inside pay too much attention to the facts that he was the first Korean priest and was martyred."

He noted that Kim was one of the early Koreans who accepted Western culture through languages, education and religion.

"I want to help find the right place for Father Kim Tae-gon in Korean history by showing excitingly, along with spectacular situations of the time, how he opened up the modern era of Joseon and passed away as a pioneer and adventurer." 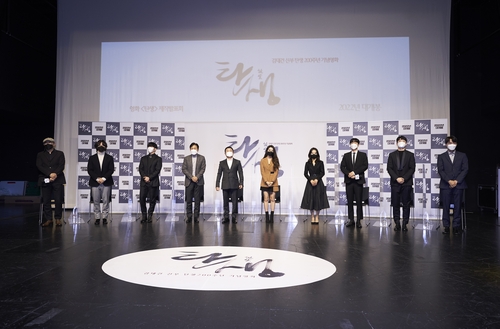 "It was an honor to be able to do this work and this role," Yoon said during the conference. "I felt much pressure at first but am now gaining courage little by little while talking with the director and preparing with great responsibility."

Veteran actor Ahn Sung-ki plays Yoo Jin-gil, an interpreter who teaches Chinese to the three and guides them to Macau.

"In fact, mine is not a big role," Ahn said. "I've come to join in with a sense of duty and responsibility as a Catholic, but when I saw this screenplay, it felt so good. I thought I should do this."

The press event was also attended by Cardinal Andrew Yeom Soo-jung and Bishop Mathias Lee Yong-hoon of Suwon, president of the Catholic Bishops' Conference of Korea.

Also starring Song Ji-yeon and Jung Yu-mi, the movie will begin shooting later this month for theatrical release in November next year. 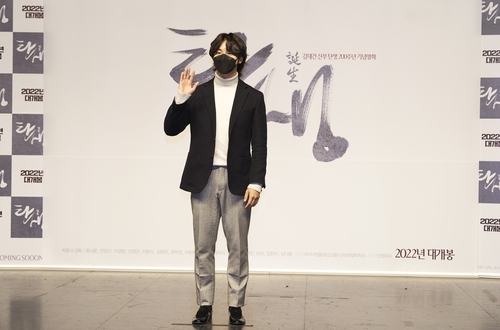