(ATTN: UPDATES with details in para 9)
By Oh Seok-min

The country reported 2,368 new COVID-19 cases, raising the total caseload to 390,719, according to the Korea Disease Control and Prevention Agency (KDCA).

The latest tally marked a fall from the previous day's 2,520, but the daily caseload has hovered over 2,000 for three days in a row. The daily tally has stayed in the quadruple digits since July 7, including the record high of 3,272 cases on Sept. 25.

The number of COVID-19 patients in critical condition hit an all-time high of 475. The figure rose to over 400 on Saturday for the first time since end-August to come to 411 and has been on a rise throughout the week.

"The increase in serious cases came as the daily caseload has surpassed over 2,000 under eased antivirus restrictions, and the number of patients in their 60s, as well as breakthrough infections, has grown recently," Health Minister Kwon Deok-cheol said.

The proportion of COVID-19 patients in their 60s or older rose to 29.5 percent this month from last month's 16.5 percent, and the number of deaths among this age group nearly tripled to 122, according to the KDCA. 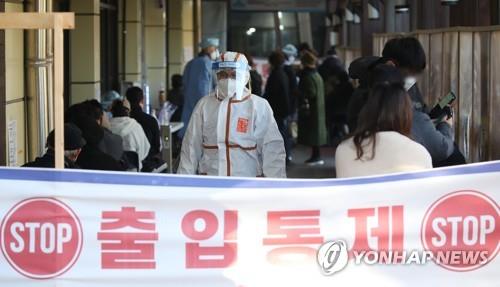 As of 9 p.m., 2,152 new cases had been reported, down one from the previous day, according to local governments and health authorities, excluding the southeastern city of Busan, which stopped releasing real-time data.

The government issued an administrative order dictating seven general hospitals in the greater Seoul areas set aside 1 percent of their beds for seriously ill COVID-19 patients to better deal with a surge in serious cases.

The measure will lead to a total of 52 additional beds for critical cases to bring the number across the country to 909, according to the authorities.

The government also designated four more nursing homes with 405 beds combined as COVID-19 treatment centers and ordered workers there to undergo a virus test twice a week, rather than the current once-a-week obligation. 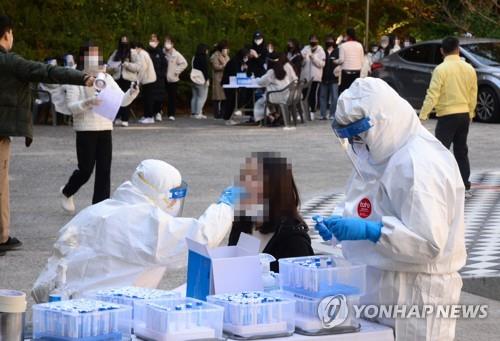 Of the total caseload reported Friday, 2,358 were local infections. Ten cases came from overseas, putting the cumulative total at 15,338.

Of the locally transmitted cases, Seoul reported 944 cases, with the surrounding Gyeonggi Province and Incheon, west of Seoul, logging 790 and 120 cases, respectively. Combined, cases in the greater Seoul areas accounted for nearly 80 percent of the country's total caseload.

There have been growing concerns over a further uptick in the daily caseload and serious cases as South Korea began easing virus curbs in November in the first of the three-phase "living with COVID-19" scheme for a gradual return to normalcy.

Under the first of the three-phase scheme, people are allowed to gather in groups of up to 10, regardless of vaccinations. Operation hour curfews for businesses that cover restaurants, cafes and movie theaters are fully lifted, except for entertainment facilities.

But the health authorities have warned the country may not move to the second phase of the "living with COVID-19" scheme if the current trend continues.

South Korea had planned to move to the second phase in mid-December after a two-week evaluation period.

As of Friday, 41.82 million people, or 81.4 percent of the country's 52 million population, had received their first COVID-19 vaccine shots since February when the country began its inoculation campaign. The number of fully vaccinated people reached 39.84 million, or 77.6 percent, according to the agency.

The health authorities on Friday called on more teenagers to be inoculated in the wake of growing cases of cluster infections at schools and private cram schools.

Last month, the government began the inoculation program for those aged between 12 and 17, and 28.9 percent of a total of 2.77 million adolescents have received their first dose.

"Recently, we've seen a growing number of confirmed cases among young people. Vaccination is still on a voluntary basis, but things have changed recently," a KDCA official said. "Without prior reservation, those in this age group can be inoculated at any time." 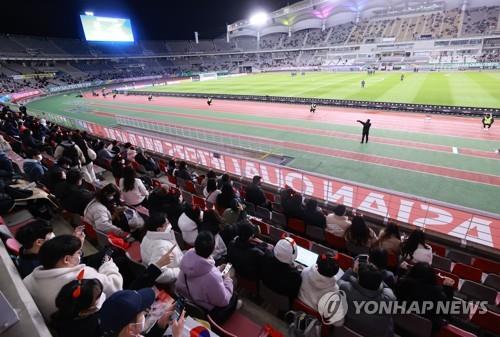