SEOUL, Nov. 12 (Yonhap) -- After joining the KT Wiz in the middle of the 2021 South Korean baseball season, outfielder Jared Hoying picked up 52 RBIs in 68 games. That put him in second place in that category for the second half of the Korea Baseball Organization (KBO) season.

But Hoying, in his second tour of duty in the KBO after an early stint with the Hanwha Eagles from 2018 to 2020, didn't have as much fun against the Doosan Bears, the team that the Wiz will face in the Korean Series starting Sunday. Hoying batted .154 (4-for-26) in seven games against them, picking up three RBIs and striking out nine times.

Hoying chose to look on the bright side, though. 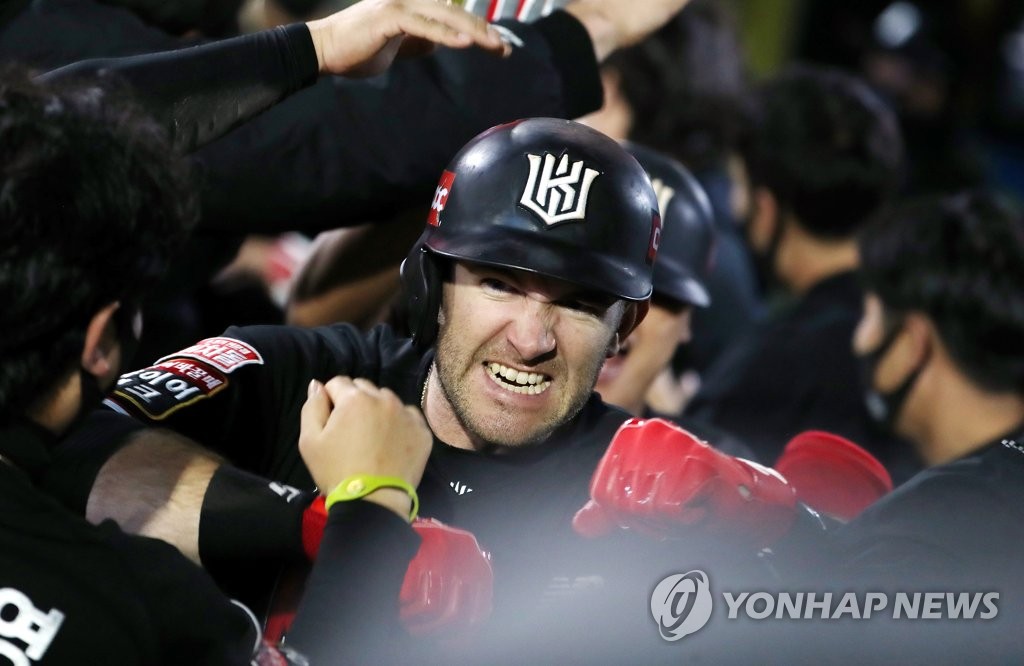 "That tells me I am due against Doosan," Hoying told Yonhap News Agency in a phone interview Thursday. "It's baseball. You can get hot for a week, and you can get cold for a week. It just all kind of depends on how you're feeling that day."

The Wiz, after posting the best record in the regular season, earned a bye to the Korean Series. They haven't played since Oct. 31. They did get in a practice game Thursday afternoon against the Eagles' minor league players, and Hoying homered in that game.

"It was good to see some at-bats see some live pitching," Hoying said. "The first week (of the long layoff), we really healed up. Everybody was pretty sore. We had some light practice and had a couple days off in there, and everybody got some treatment. And now we're ramping it back up for Sunday."

The No. 1 seed has won the Korean Series nearly 82 percent of the time. The Wiz will likely enjoy an even bigger advantage this year, because the Bears, as the fourth seed, have played seven games in a 10-day span with a depleted pitching staff just to reach the Korean Series. 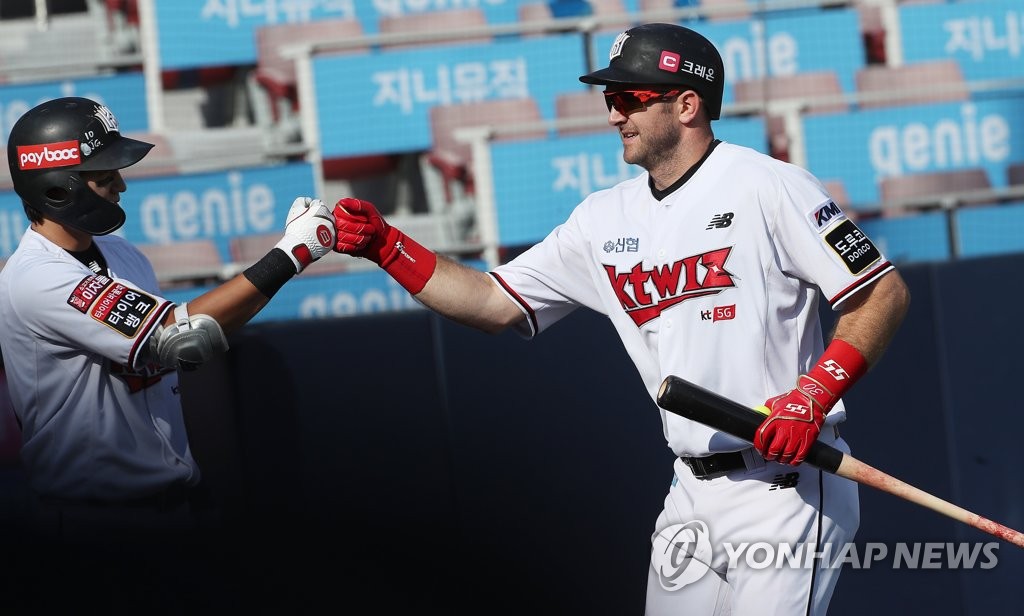 But there's also the old "rest vs. rust" debate at the onset of each Korean Series. Teams coming off a long break tend to take a couple of innings, if not a whole game, to shake off their cobwebs. But Hoying isn't too concerned about that, given the number of seasoned veterans on his team.

Having veterans around helps in another aspect, Hoying said. They know how to keep emotions in check, even for crucial postseason games.

"There are absolutely nerves in a big game like this, but over the years, you learn how to control emotions," Hoying said. "KT was in the playoffs last year, so (my teammates) know what to expect. The worst thing you can do is go up there and try to hit a home run every at-bat, because then you're trying to do too much. You just got to try to stick to your guns and do what you're good at and do what the situation calls for and do what you can to help the team."

Hoying said he has only captured one championship in his baseball life: the high school state championship in Ohio in 2007. He has been on some runner-up teams in the U.S. minor leagues and reached the major league postseason with the Texas Rangers in 2016. In pro ball, Hoying, in his own words, is "shooting for my first ring." 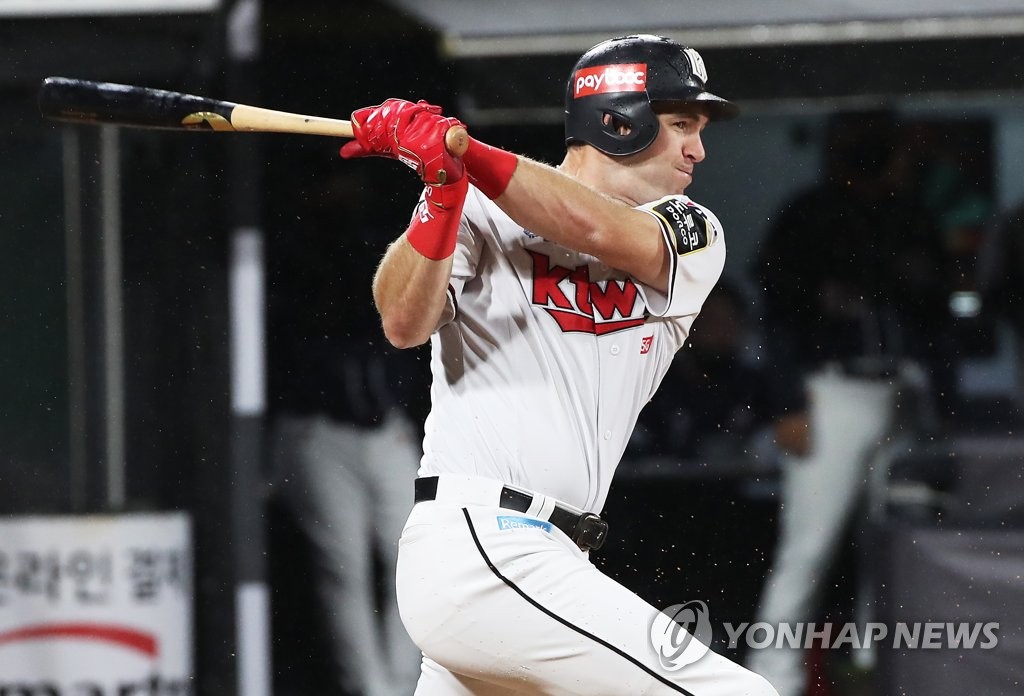 The Wiz will play in their first Korean Series, but the Bears will be making a record seventh consecutive appearance. They have taken a tougher route than in previous seasons, riding a few relievers hard and getting timely hits from up and down their lineup.

Hoying said he was impressed with the way Doosan relievers ate up so many innings in lieu of viable starting pitching. But the Bears have not yet had to play a best-of-seven series until now. This is where Hoying feels his team will have an edge, since the Wiz boast five good starters.

"The thing about seven-game series is you've got to have some starting pitching," Hoying said. "We have a lot of very good starters, and we have a great bullpen, too. And everybody's rested. So we just got to come out and just play hard and have fun."

For Hoying, though, just playing hard and having fun has been challenging at times, as he has not been paid his US$400,000 salary. His wage has been garnished by tax authorities here over outstanding tax that the player claims he shouldn't have to pay. 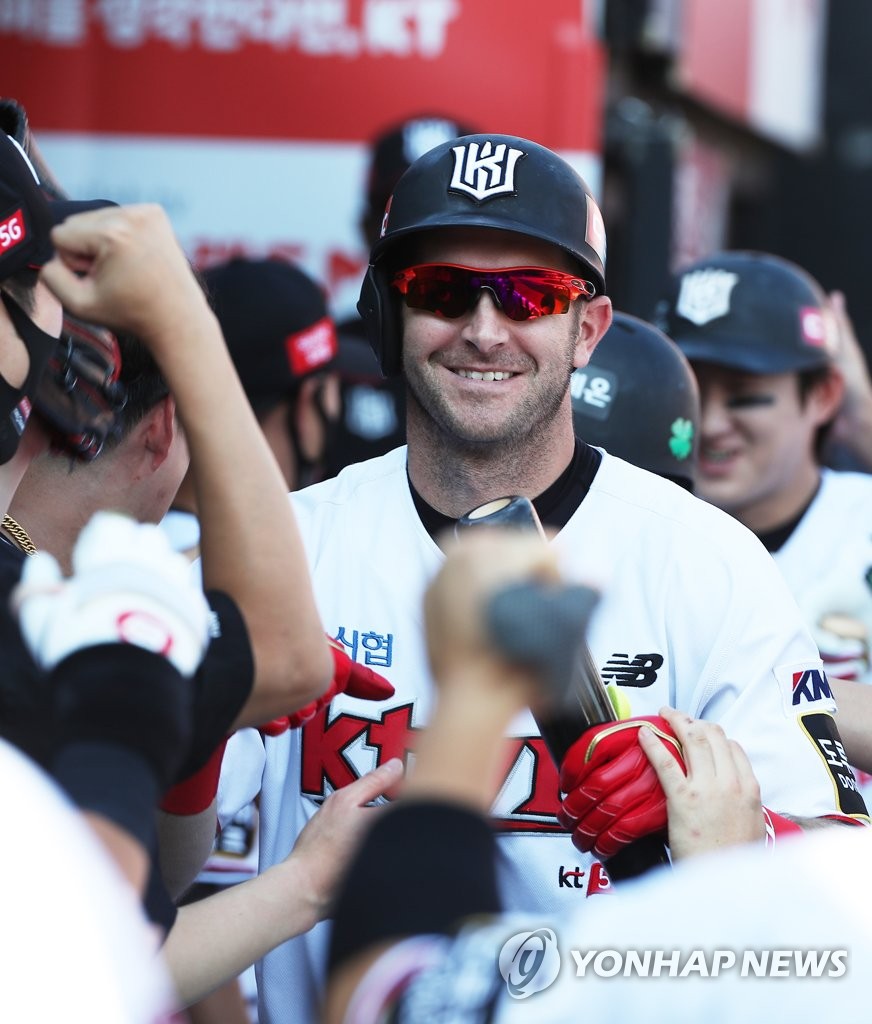 Hoying said he received a tax statement from tax authorities in Daejeon, some 160 kilometers south of Seoul, earlier this year, requiring him to pay around $50,000 in tax for the time he spent in the city as a member of the Eagles.

Under amendments to income tax laws that took effect in 2015, foreign-born athletes who spend more than 183 days a year here are considered "residents" of South Korea and must pay income tax accordingly.

Through his accountant, Hoying applied for Form 6166, his U.S. residency certificate, so that he could be exempt from being double taxed.

The COVID-19 pandemic delayed the administrative procedures back home, and according to Daejeon tax officials cited in an earlier report, Hoying missed his deadline to file for exemption.

After signing with the Wiz in June, Hoying had to pay $50,000 just to get his work visa, and he said he was informed he would get that money back once he submitted proper documents proving his U.S. residency.

Hoying arrived in South Korea, and while serving his mandatory 14-day quarantine, he learned the Daejeon tax office now wanted him to pay $500,000 and withheld his salary. 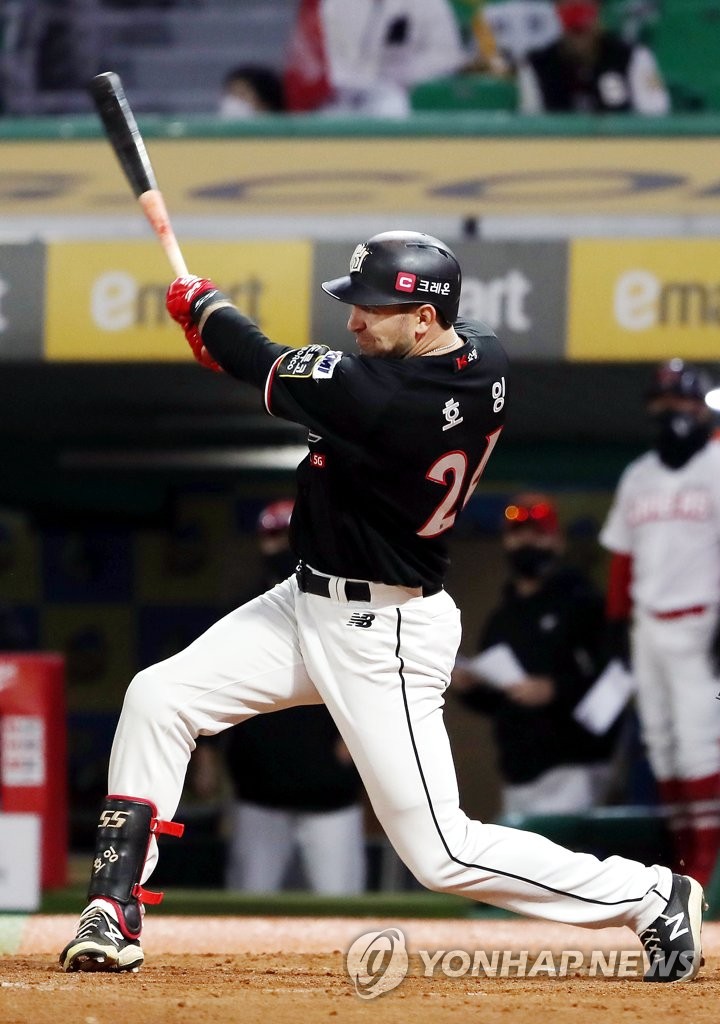 "Knowing I had all the right documents in line, I continued to play baseball and tried to not let it affect my play in the field," Hoying said. "Every other (foreign) player I have talked to presented these same documents, and they were approved. No one has been asked to pay these absurd numbers. I cannot be taxed for 100 percent of my money like (tax authorities) are trying to do. I have done everything that has been asked of me by both countries and now am being extorted because I came back to Korea to work and make a living for my family."

Hoying wondered why Daejeon tax authorities didn't ask him to pay taxes right after the 2018 and 2019 seasons, during his Daejeon days.

"They clearly do not make any sense and are holding me hostage and making my life a huge headache while I'm trying to concentrate and do my job to the best of my abilities," Hoying said.