The Korea Football Association (KFA) said Bell tested positive for COVID-19 last Saturday, following his second test after his team returned from a two-game trip to the United States in late October. 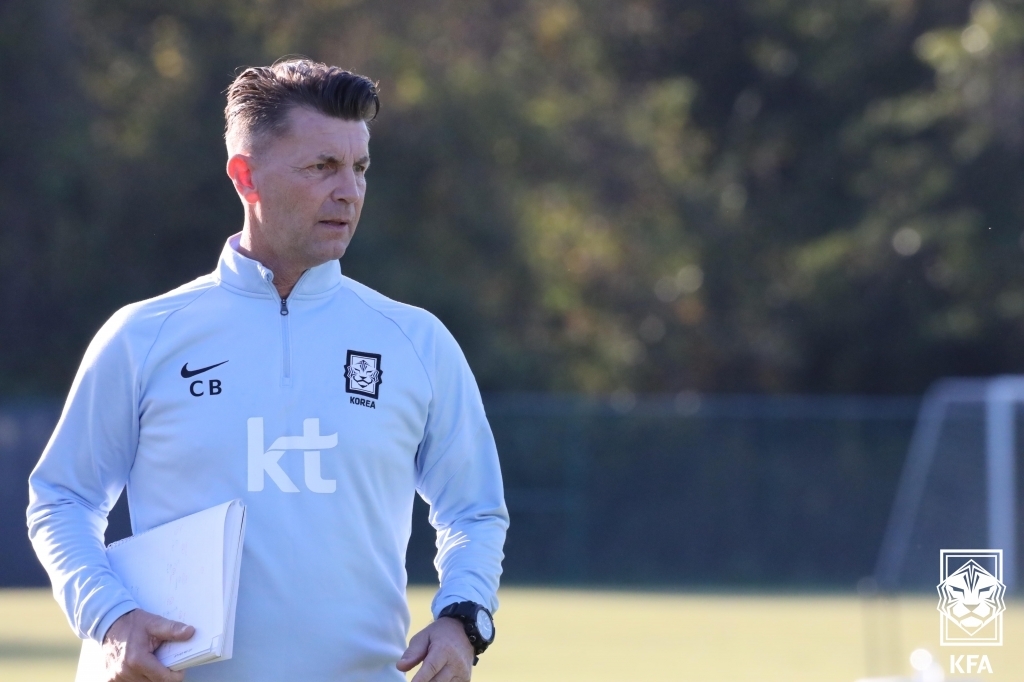 Bell had been isolating in his home following his positive test, before checking into a hospital in Namyangju, just northeast of Seoul in Gyeonggi Province, on Thursday.

South Korea played the United States in two friendly matches on Oct. 21 and Oct. 26. The Taeguk Ladies are scheduled to host New Zealand in back-to-back friendlies at home on Nov. 27 and Nov. 30, as they gear up for the Asian Football Confederation (AFC) Women's Asian Cup in India in January.