The law went into effect in September, making South Korea the first country in the world that has intervened to challenge the two U.S. tech giants regarding in-app purchase issues.

"It is monumental," Meghan DiMuzio, executive director of the Coalition for App Fairness, said Monday in an exclusive interview with Yonhap News Agency in Seoul.

South Korea "is the first country in the world to be able to pass the national law that provides fairness and competition in the digital marketplace." 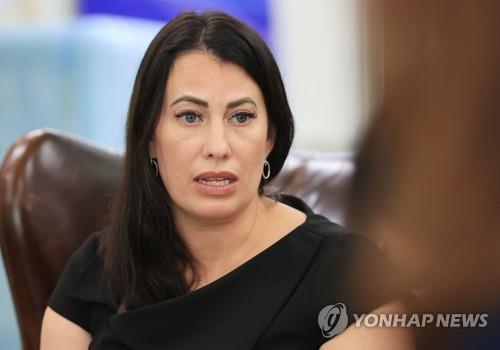 DiMuzio said Google and Apple -- the two app store gatekeepers -- control the majority of digital fairness, but their policies have continuously raised antitrust and anti-competitive concerns.

Following the enactment of the law, Google has pledged to provide an alternative payment system at its app store only in South Korea, giving choice between a third-party payment system and its own in-app billing system.

"We are very concerned because Google has recently announced a compliance plan that is disingenuous," DiMuzio said, voicing concerns that the service fee in essence is not savings.

Apple, meanwhile, has reportedly told South Korean lawmakers that it is already compliant with the law, though it has not provided any compliance.

"For too long, Apple, in particular, has not been held accountable and has continued to intimidate developers and policymakers as well as general public," she said.

Epic Games brought Apple to the U.S court last year for enforcing an in-app purchasing system. The case is still in court.

"(Apple) is acting in own self-interest, not for competition and fairness," she said, criticizing the tech giant's refusal to come to the table to discuss on behalf of developers and consumers.

Epic Games CEO Tim Sweeney also welcomed the South Korean law, saying Tuesday it could give courage to other countries and set an example to the world in ensuring fair competition.

"Finally, it makes the world situation inevitable as more and more countries have fair competition between app stores," he said in an interview with Yonhap. "It makes very little sense for Apple and Google to have different rules in different countries."

Sweeney compared the recent tug-of-war over payment systems in the app market to the Cold War, calling it a "war over digital freedom."

"It's the fight between freedom -- the freedom of consumers to control their devices and to do business directly with developers without a platform forcing roles and intermediation on everybody -- or a captive world where instead of a communist government (it's) the world's most powerful corporation that controls everything," he said.

He added that competition between stores will bring huge benefits to consumers, including better prices and new business models.

"I think now is the perfect time for it at the beginning of the birth of the metaverse to make sure that the mistakes that were made in the smartphone era don't carry over to the new set of platforms," he said. 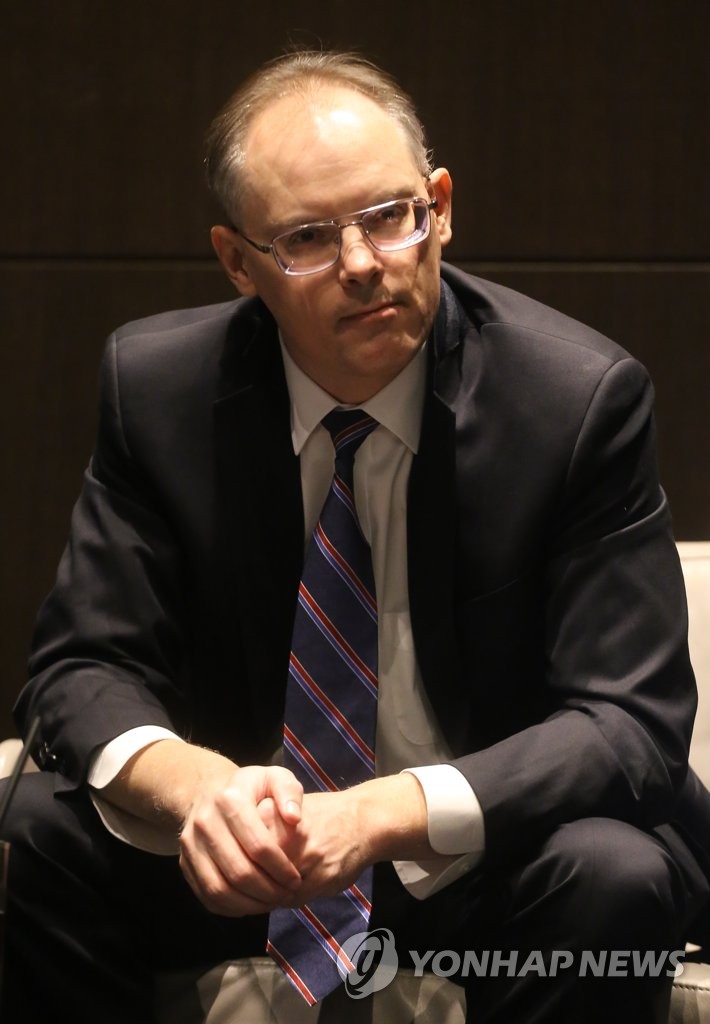 DiMuzio said the South Korean law is extremely significant as it is not only recognized by U.S. lawmakers and policymakers from countries such as Japan and Australia but also the European Union, consisting of 27 member states, which have taken similar moves.

"There has been interest not only in international community but also broader public discussion is ongoing to help consumers and advancing technology issues in the competitive market place," she said.

She also highlighted that such a law is not only beneficial for developers but ultimately for consumers as the app developers can return the savings that they have incurred from the law.