SEOUL, Nov. 16 (Yonhap) -- The number of critically ill COVID-19 patients in South Korea hit an all-time high on Tuesday as the daily caseload hovered over 2,000 for the seventh consecutive day amid eased antivirus curbs.

The country reported 2,125 new COVID-19 cases, including 2,110 local infections, raising the total caseload to 399,591, according to the Korea Disease Control and Prevention Agency (KDCA).

The number of patients in serious condition came to the highest ever figure of 495, breaking the previous record of 485 cases on Saturday, it added.

The health authorities have said that they can manage around up to 500 seriously ill patients in a stable manner under the current medical capacity.

The country also added 22 more deaths from COVID-19, bringing the death toll to 3,137. The fatality rate stood at 0.79 percent.

The daily COVID-19 caseload spiked a bit from 2,006 cases on Monday due to fewer tests over the weekend.

The number of daily cases has stayed in the quadruple digits since July 7, with the tally peaking at a record 3,270 on Sept. 25. 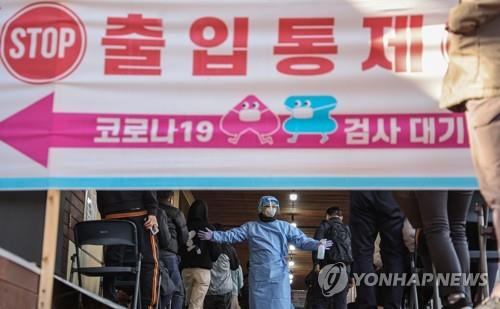 The hike in the daily caseload and the number of serious cases came as the effect of vaccinations has been tapering down for those who received the shots earlier this year. South Korea began its vaccination campaign in February.

The government said it is pushing to speed up administering booster shots.

Health Minister Kwon Deock-cheol told reporters on Monday that the government is reviewing a measure of shortening the interval between regular vaccine shots and additional ones from the current six months to five months or shorter.

As of Tuesday, 42.03 million people, or 81.8 percent of the country's 52 million population, had received their first COVID-19 vaccine shots. The number of fully vaccinated people came to 40.19 million, or 78.3 percent.

The growth in serious cases also came after the government eased monthslong strict antivirus restrictions under the "living with COVID-19" scheme on Nov. 1 for a gradual return to pre-pandemic life. It seeks to fully lift the virus restrictions by end-February.

Under the first of the three-phase scheme, people are allowed to gather in groups of up to 10, regardless of vaccinations. Operation hour curfews for businesses that cover restaurants, cafes and movie theaters are fully lifted, except for adult entertainment facilities, such as clubs and bars.

This week, the government plans to announce fresh, broad guidelines to determine the risk level of the virus to better respond to the pandemic under the eased curbs.

It is also working to draw up guidance on implementing "emergency action," which could call for a halt to the current relaxation of antivirus curbs, according to the KDCA. 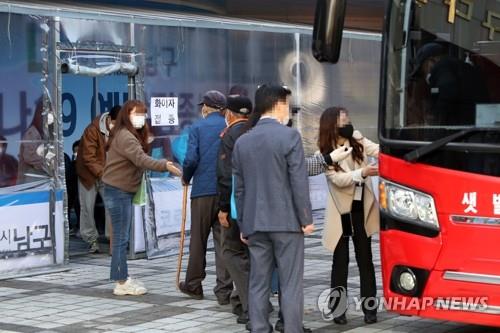