SEOUL, Nov. 19 (Yonhap) -- Doosan Heavy Industries & Construction Co. said Friday that its board of directors has decided to hand over the managerial rights to its construction subsidiary Doosan Engineering & Construction Co. to The Zenith Holdings Co., an investment company.

The entity to be established by a consortium including Q Capital Partners, a local mid-sized financial company, will acquire a 54 percent stake in Doosan Engineering & Construction by buying the builder's 182 million new shares for 250 billion won (US$211 million), Doosan Heavy said in a regulatory filing.

Doosan Heavy will hold a 46 percent stake in its construction subsidiary, it said.

Doosan Heavy has been seeking to improve its financial footing since early last year by selling assets, including its stake in affiliates. 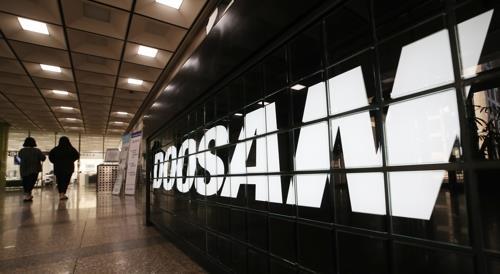