All kindergarten, elementary, middle and high schools welcomed students without anyone left behind for remote-learning for the first time since schools switched to learning from home or classes being held in shifts since the onset of the COVID-19 pandemic in early 2020.

The full reopening of schools came after the country kicked off the first stage of "living with COVID-19" aimed at gradually bringing the nation back to pre-pandemic normalcy earlier this month. The government scheduled the reopening of schools for after last week's College Scholastic Ability Test (CSAT).

At Yumchang Middle School in Seoul's Gangseo district, students of each class year were ushered into the school building through different entrances on the first day of the in-person class resumption due to lingering infection concerns. 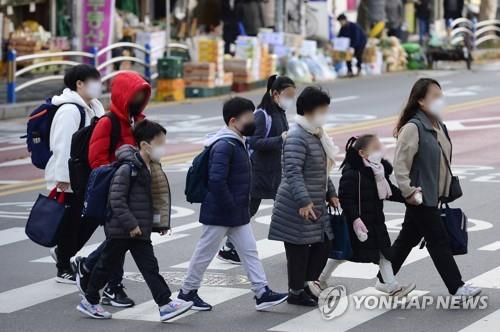 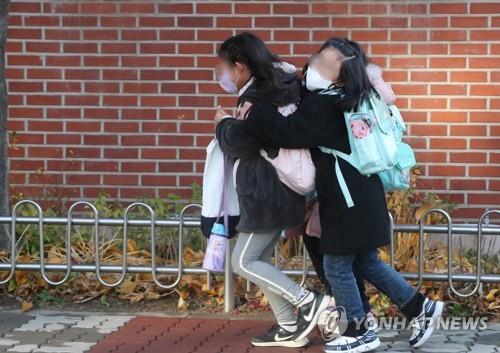 Students were reunited with friends back at school and shouted hello to teachers and schoolmates.

"I am still worried that the outbreak of a single confirmed class in our school could lead to a big group infection. Still, I am happy to be back to school as before. I am most excited about the sports class," Kim Da-yeon, a middle school senior at the school, said.

First-year student Ahn Yoo-hyeon said, "It's such a burden having to get up early. But I am very much looking forward to playing with friends." 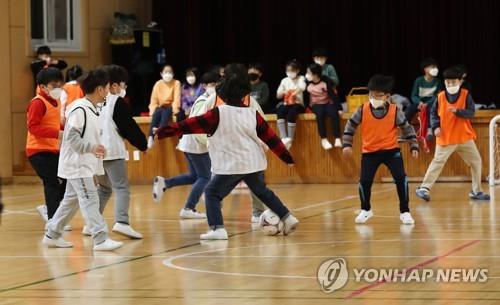 As the pandemic has continued for nearly two years, the level of in-person class sizes had been previously controlled under tough social distancing curbs to avert any cluster infections among students.

The prolonged e-learning, however, led to tangible learning loss among students and a learning gap between the children of the rich and the poor.

He said his school will resort to a contingency action plan of temporarily turning to two-week e-learning if an infection is reported inside the school.

The education ministry is allowing local education authorities to autonomously manage school operations based on specific conditions of regions and individual educational institutions.

"Children prefer going to school in person. But I am still worried because the country's daily virus tally is on the rise now," a parent told Yonhap News Agency after seeing her child off at a school in Seoul. 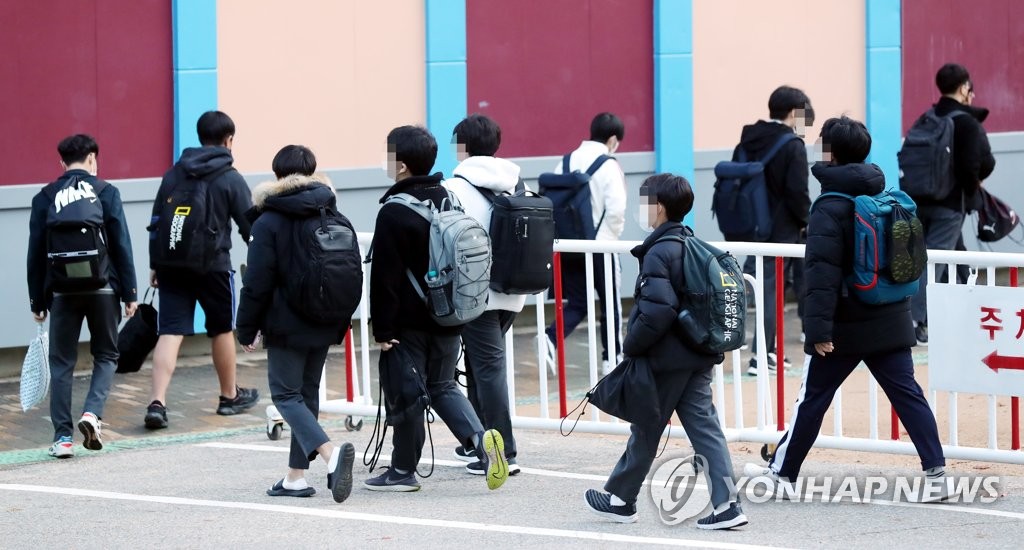 On Monday, South Korea reported 2,827 new COVID-19 cases, the first daily tally below 3,000 in six days. But the daily number had remained in the quadruple digits since July 7.

The country has recently seen a rise in infection cases involving teenagers, with the inoculation rate remaining very low among them.

Teenagers accounted for 15.4 percent of the total cases in the fourth week of last month from 11 percent in the first week, according to health authorities. As of last week, only 12.8 percent of those in the 12-17 age range were fully vaccinated against COVID-19 compared to the overall national rate of 78.8 percent.

Education authorities are exceptionally allowing oversize or densely populated schools in Seoul and the greater capital area to control in-person attendance levels depending on their circumstances.