South Korea will face New Zealand first at 2 p.m. on Saturday and again at 7 p.m. on Nov. 30. Both matches will be played at Goyang Stadium in Goyang, just northwest of the capital in Gyeonggi Province. 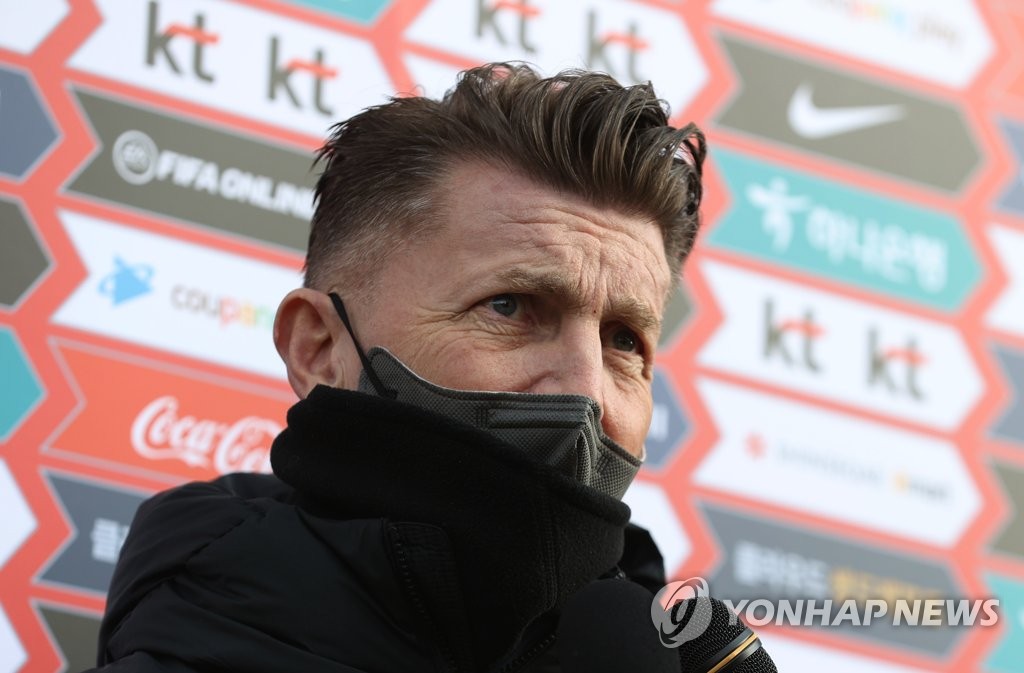 Bell, who was hospitalized for a week earlier this month after being diagnosed with COVID-19, was released last Thursday and will run training camp this week. Bell told reporters in Korean that he was back to full health.

The next two matches will be the first women's football friendlies in South Korea since April 2019.

South Korea scheduled them in preparation for the Asian Football Confederation (AFC) Women's Asian Cup, which will kick off in India in January. South Korea will face two-time defending champions Japan, along with Vietnam and Myanmar, in Group C. 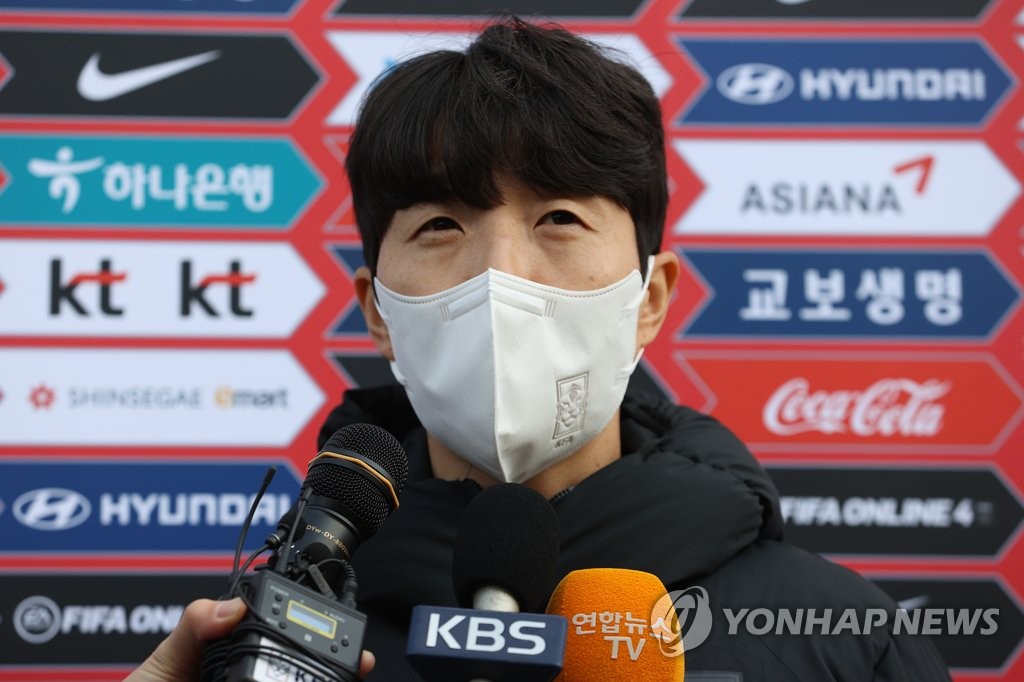 Veteran midfielder Lee Min-a is back in the fold after missing the previous friendlies against the United States with a hamstring injury.

"I am getting ready for my second Asian Cup (after 2018), and the objective is to win the tournament," Lee said. "Coach Bell has been trying to build our confidence. I'd love to go back to the World Cup. I wasn't 100 percent healthy for the 2019 World Cup, and I'd like to get another opportunity,"

As for facing Japan at the Women's Asian Cup, Lee said she will embrace that challenge.

"I am looking forward to it. We all have extra motivation whenever we play Japan," she said. "We've had some tight matches against them recently and given up some late goals. If we can address that, we should be competitive against them."

Defender Kim Hye-ri, who has also had to deal with injuries this year, said she couldn't wait to get on the field now that she's finally healthy. 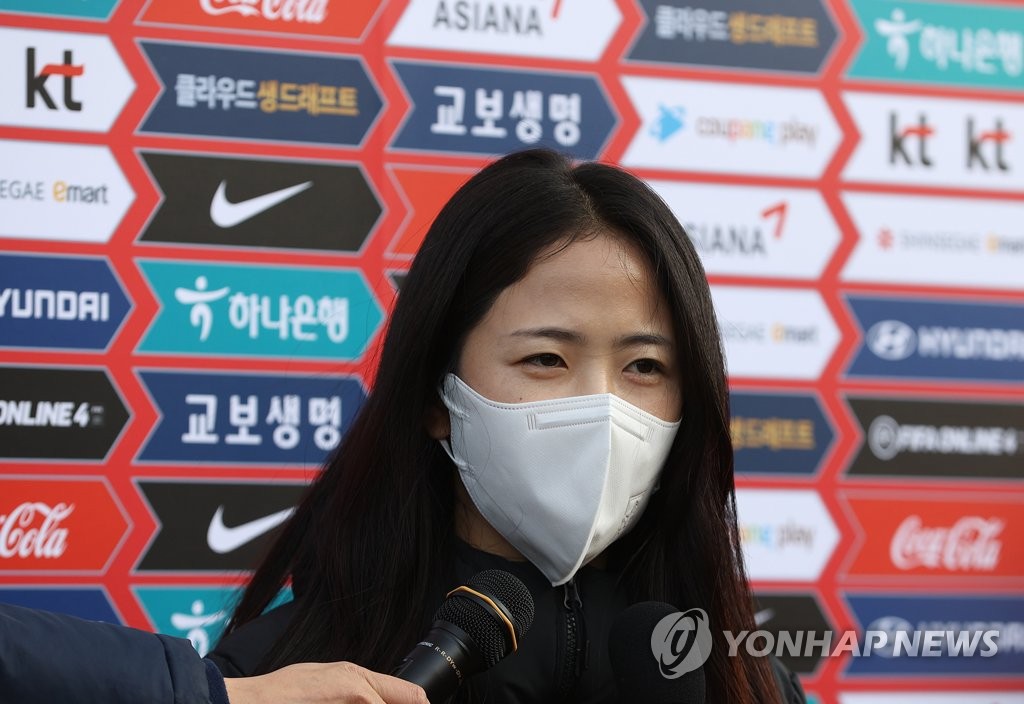 She played in both of South Korea's friendlies against the U.S. in October, a scoreless draw followed by a 6-0 loss. Kim said playing the world's top-ranked team was an important learning experience.

"We had to play a more defensive-minded game against them," Kim said. "This time, we'll try to play with more pace and be quicker in our transition."

The two countries have faced each other 11 times, and South Korea have posted five wins, five draws and one loss.

Their most recent meeting ended in a 2-0 South Korean victory in March 2019 in a four-nation friendly tournament in Australia.