Moon lauded the boy band for winning the award in a message posted on his social media accounts, saying the win could help Korean people increase their confidence in Korean culture.

Nye made the remarks at a conference on Korea's soft power in Washington last month.

During the conference, Nye said many Korean people think they are left behind, despite their success over the past 60 years.

Moon said BTS has confirmed Nye's assessment and asked people to have pride and confidence. 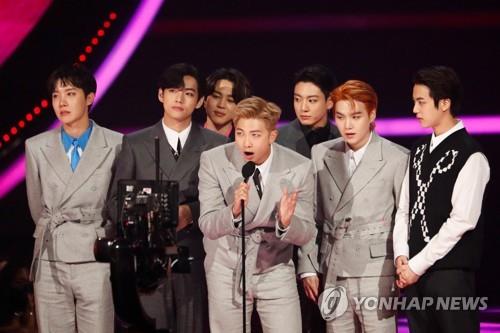