The meetings earlier this week with Google CEO Sundar Pichai and Microsoft CEO Satya Nadella came as the world's largest smartphone and memory chip maker is accelerating efforts to further advance its flagship chip business amid a global supply shortage in semiconductors.

Lee has been on a trip to Canada and the United States since last week.

In the meeting with Pichai, the two discussed new opportunities for cooperation in software and the next-generation technologies, including virtual reality, augmented reality, self-driving and other platform technologies, according to Samsung officials.

Google has reportedly picked Samsung to supply chips for its mobile application processor that will be installed in its new smartphone Pixel 6.

Lee also met earlier with Nadella and discussed efforts to boost cooperation in similar areas, including the software ecosystem, according to Samsung. 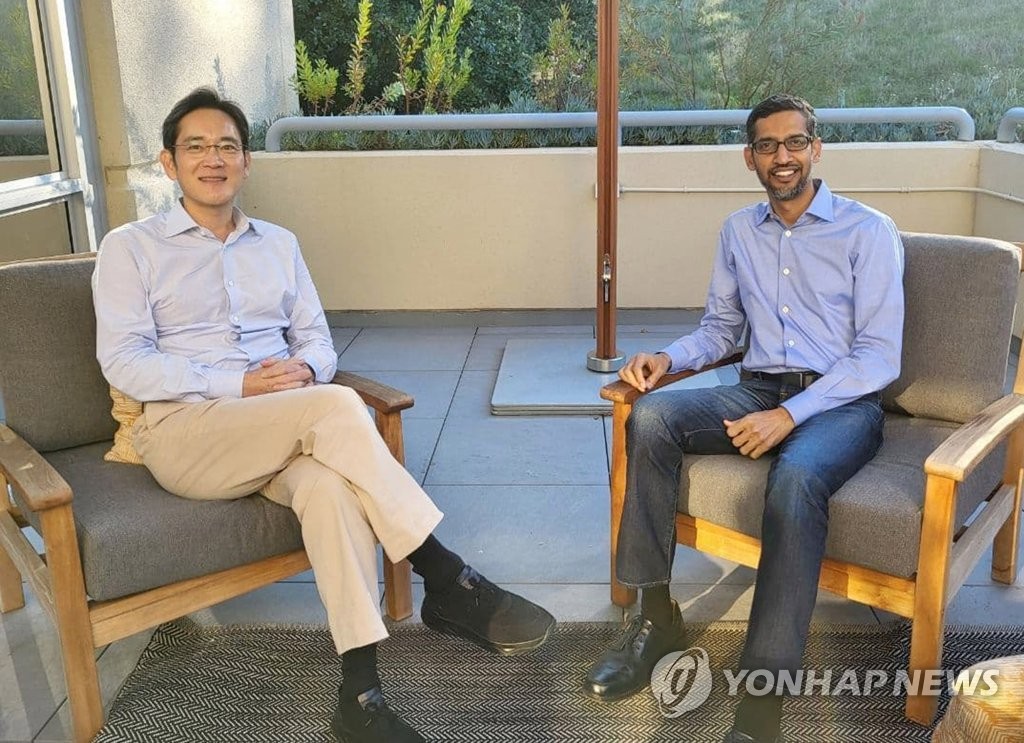 Samsung Electronics is likely to announce the location of its new US$17 billion chip plant in the U.S. later this week. Although the company has yet to confirm, foreign news reports have said it would be Taylor, Texas, close to its existing chip plant in Austin.

The new plant, which will be Samsung's second chip factory in Texas, is expected to produce advanced logic chips, which work as the "brains" of electronics devices installed in mobile devices and autonomous vehicles.

Lee also visited Samsung's two research and development facilities in Silicon Valley to check and discuss the work with the teams, Samsung added.

In the meeting, Lee asked the staff to speed up efforts for "a new Samsung that pioneers the future that no one has ever been to," according to Samsung.

His U.S. visit also marks the first overseas trip by Lee, the de facto head of South Korea's biggest conglomerate, since he was released from jail in August on parole after serving time over a bribery case involving former ousted President Park Geun-hye. 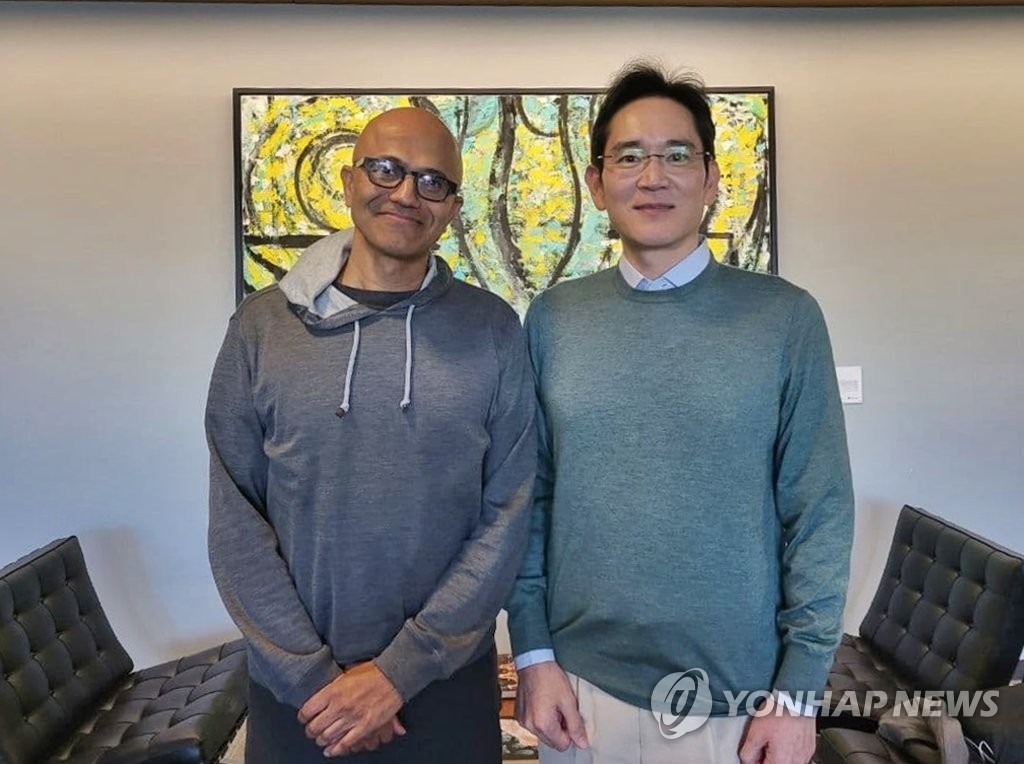