"Pumpkin," a 1981 work by Kusama, was sold for 5.4 billion won (US$4.5 million) during an auction held at Seoul Auction's Gangnam Center on Tuesday, the auction house said.

The masterpiece broke the previous record of 4.2 billion set by Marc Chagall's "The Garden of Saint Paul," (1973) in May.

"Pumpkin" also became the most expensive artwork from the artist that has been sold in South Korea. The previous record was 3.65 billion won.

The painting has drawn attention during the auction for being from the period when the 92-year-old artist began to create works using her iconic, polka-dotted yellow pumpkin motif.

The 1.16-meter-wide work is the largest of Kusama's Pumpkin series paintings that have been introduced in South Korea. 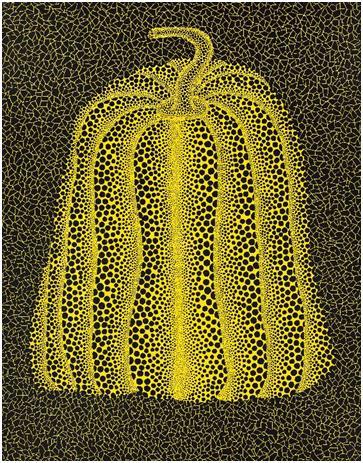