SEOUL, Nov. 24 (Yonhap) -- The former Chinese envoy in South Korea said Wednesday Beijing supports efforts to declare a formal end to the Korean War as one of the signatories to the armistice agreement that effectively ended the 1950-53 conflict.

Qiu Guohong, who served as ambassador to Seoul from 2014 to 2019, expressed hope the end-of-war declaration, if realized, will help further reduce tensions on the Korean Peninsula and resume talks with North Korea.

"China supports the efforts of all the countries involved with regard to the end-of-war declaration," he said during a peace forum here. "China will continue to play a corresponding role as a party directly concerned in the armistice agreement." He stressed Beijing should participate in the move itself for the declaration.

Qiu gave a positive assessment of Pyongyang's response to President Moon Jae-in's renewed call in September to issue the declaration between the Koreas and the U.S., with the possible addition of China.

"It is expected to play a favorable role in maintaining the Korean Peninsula security situation with tensions eased today and break the impasse in negotiations and the dialogue phase," he said.

Seoul and Washington have been in consultations to draft the declaration, but uncertainty remains over whether Pyongyang would accept their offer. 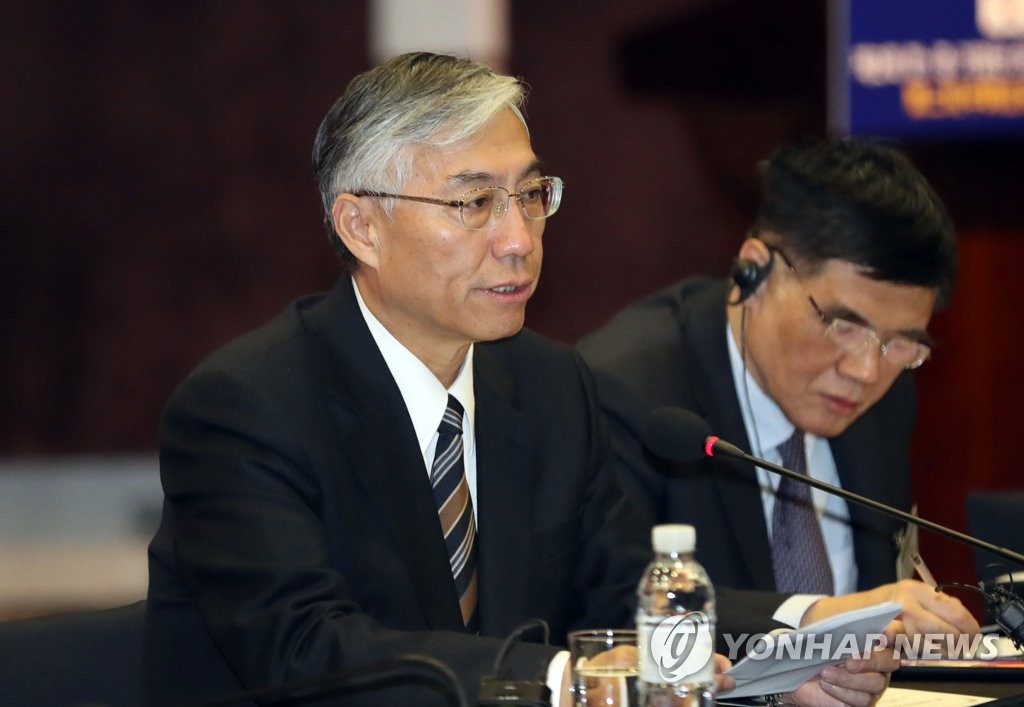