Bruno Lamas converted a 26th-minute penalty to help Daegu claim the opening leg of the FA Cup final at Gwangyang Football Stadium in Gwangyang, some 420 kilometers south of Seoul, in South Jeolla Province. 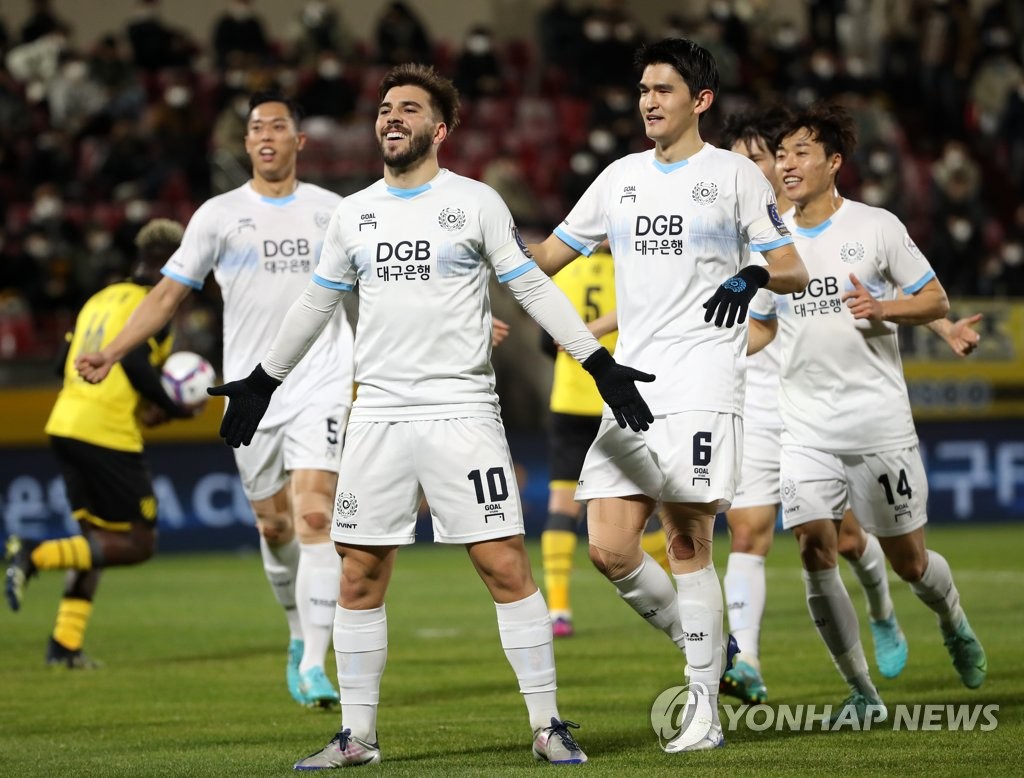 Daegu, based in the K League 1, will host the return leg on Dec. 11 at DGB Daegu Bank Park in Daegu, about 300 kilometers southeast of the capital city.

The aggregate score will determine the champion, with the away goals rule in effect.

Daegu's first and only FA Cup title to date came in 2018.

Jeonnam, playing out of the second-tier K League 2, are going for their fourth FA Cup title, having earlier won it in 1997, 2006 and 2007. They're also trying to become the first second division team to lift the FA Cup. 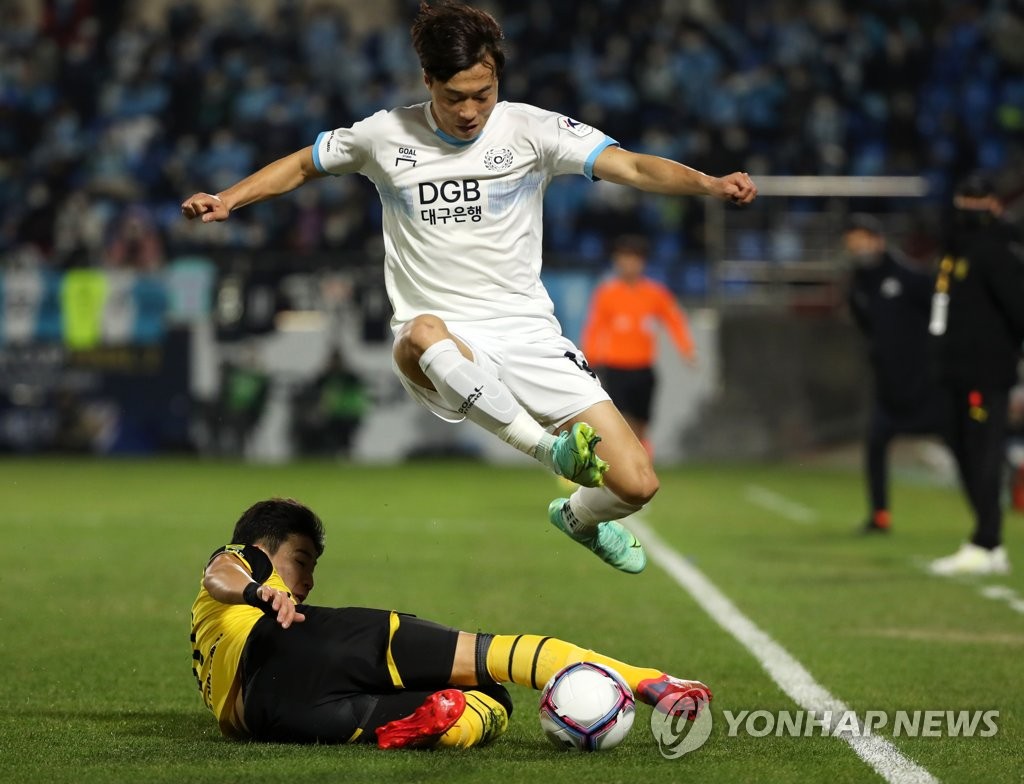 The winner of this tournament will qualify for next year's Asian Football Confederation (AFC) Champions League. No K League 2 club has ever made it to the top continental event.

Daegu forward Cesinha drew the penalty midway through the first half, when Jeonnam midfielder Kim Tae-hyun tackled him hard from behind deep in the box. Lamas stepped up and easily beat goalkeeper Park Jun-huk to the bottom right corner. 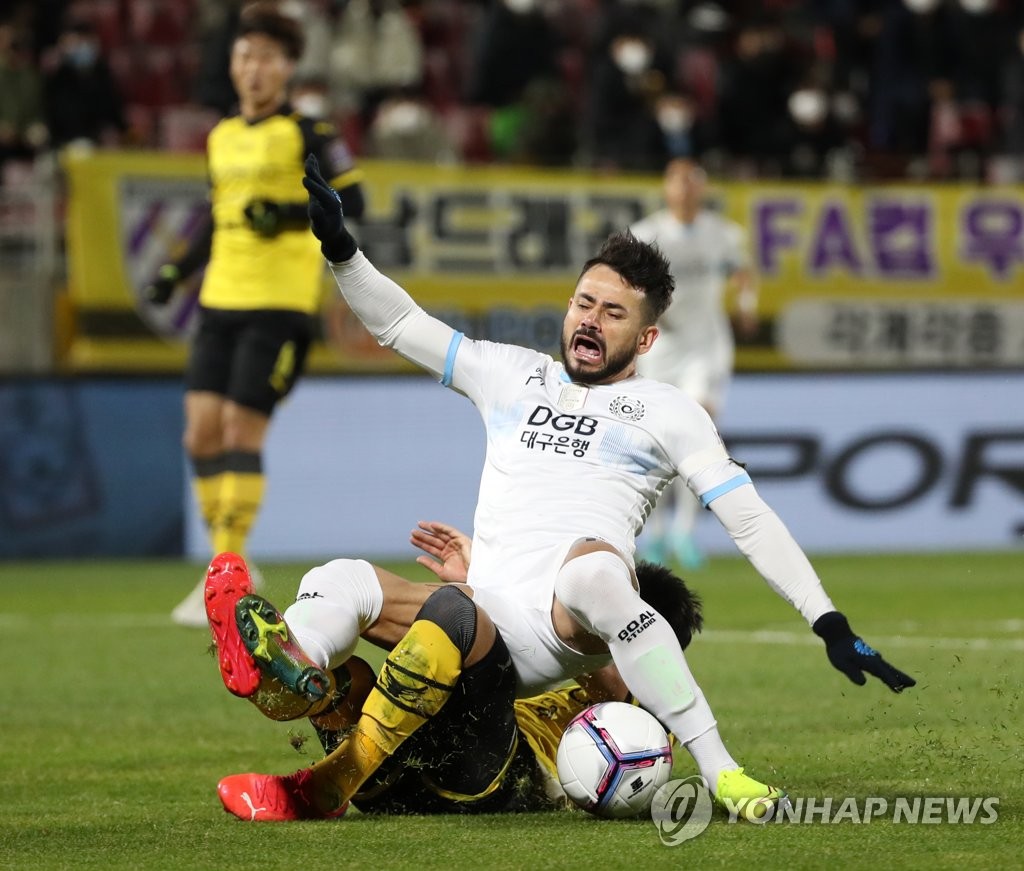 Jeonnam kept pushing for an equalizer, and had a couple of great looks in the second half. In the 48th, forward Lee Jong-ho fanned on a rebound after Daegu goalkeeper Choi Young-eun failed to grab a head from Park Chan-yong.

Lee came close again in the 71st, but his volley from goalmouth was stopped by Choi.

Park Jun-huk kept Jeonnam in the game with some key saves, but his teammates couldn't unlock Daegu's defense. 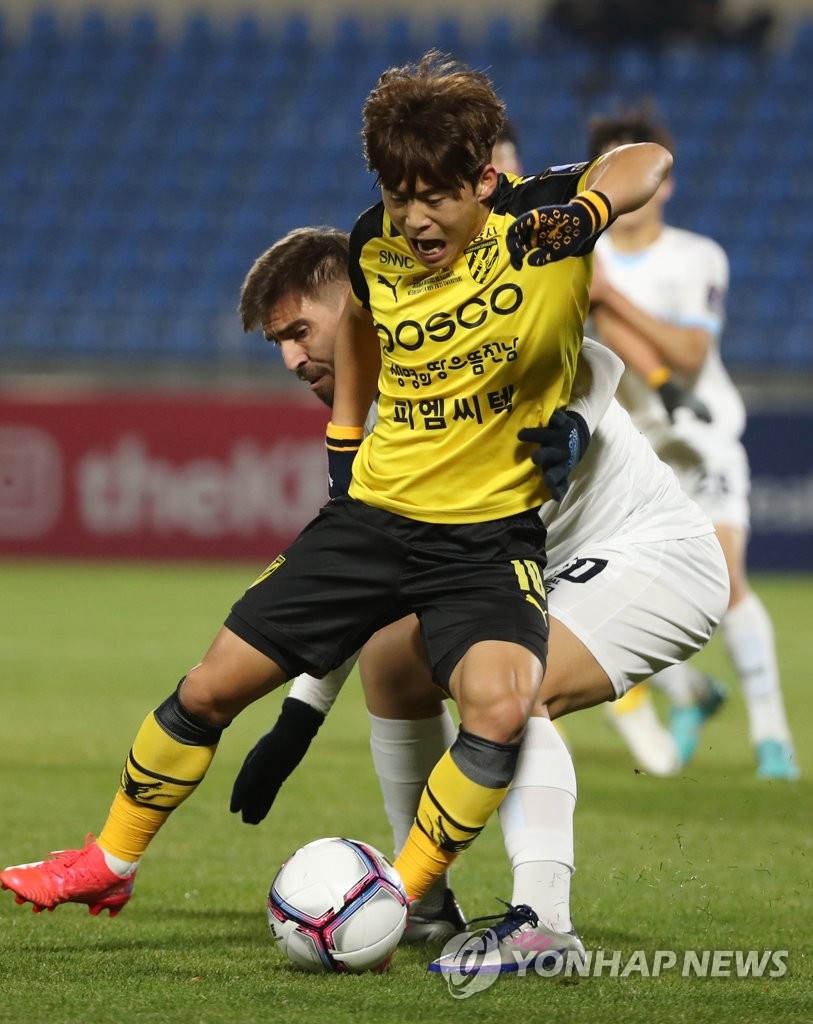