SEOUL, Nov. 25 (Yonhap) -- They have played in 260 international matches combined for South Korea, but one thing that veterans Ji So-yun and Cho So-hyun haven't done is win a trophy together.

Their next chance will come in January at the Asian Football Confederation (AFC) Women's Asian Cup in India. And both players said Thursday they will settle for nothing less than a championship.

"I go into every tournament trying to win the title," Ji told reporters after a training session at the National Football Center (NFC) in Paju, northwest of Seoul in Gyeonggi Province. "There will be some tough foes, but we'll be prepared for them." 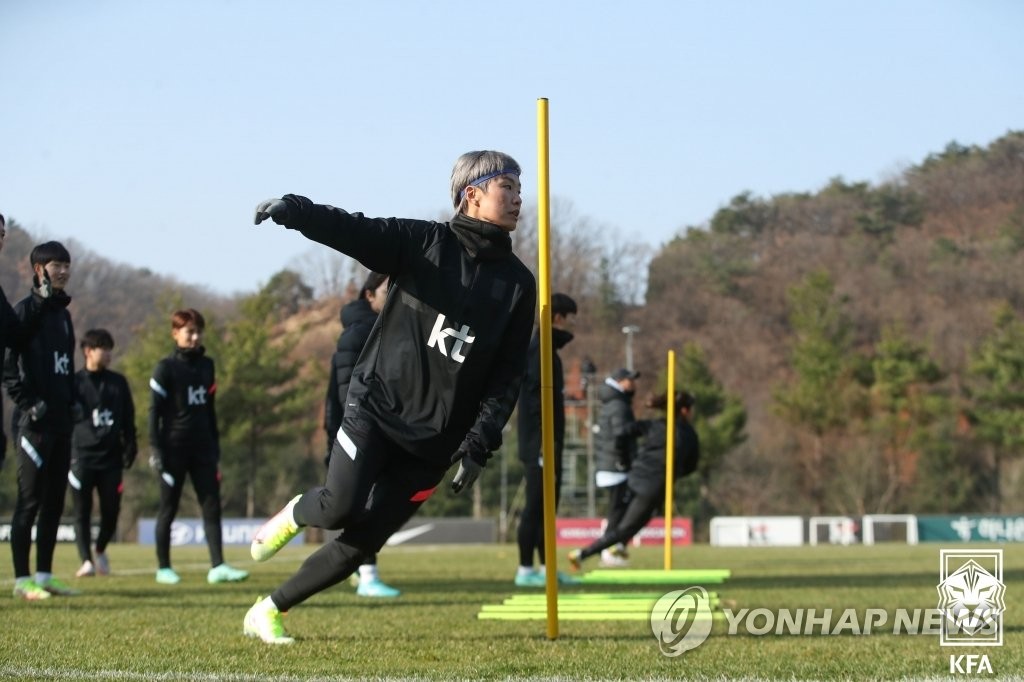 The national team opened camp at the NFC on Monday to prepare for two friendly matches against New Zealand. The two teams will first meet at 2 p.m. Saturday and then again at 7 p.m. Tuesday, both at Goyang Stadium in Goyang, just northwest of the capital in Gyeonggi Province.

Ji, 30, has 129 caps so far and is South Korea's all-time leading scorer, male or female, with 59 goals. South Korea's offense will only go as far as Ji, who plays for Chelsea FC Women, can carry it.

"I am not going to get caught up in numbers, but I'd love to score as many goals as possible," Ji said. "And I'd like to see younger players climb up the list too."

While Ji receives a great deal of spotlight as the top goal scorer, Cho, who has 131 caps at age 33, has been a steady defensive presence in the midfield who often does plenty of dirty work. The midfielder for Tottenham Hotspur FC Women said she wants to win a title before it's too late.

"I am not a young player anymore, and I'd like to win something before I retire," Cho said. "I think this is our (last) opportunity." 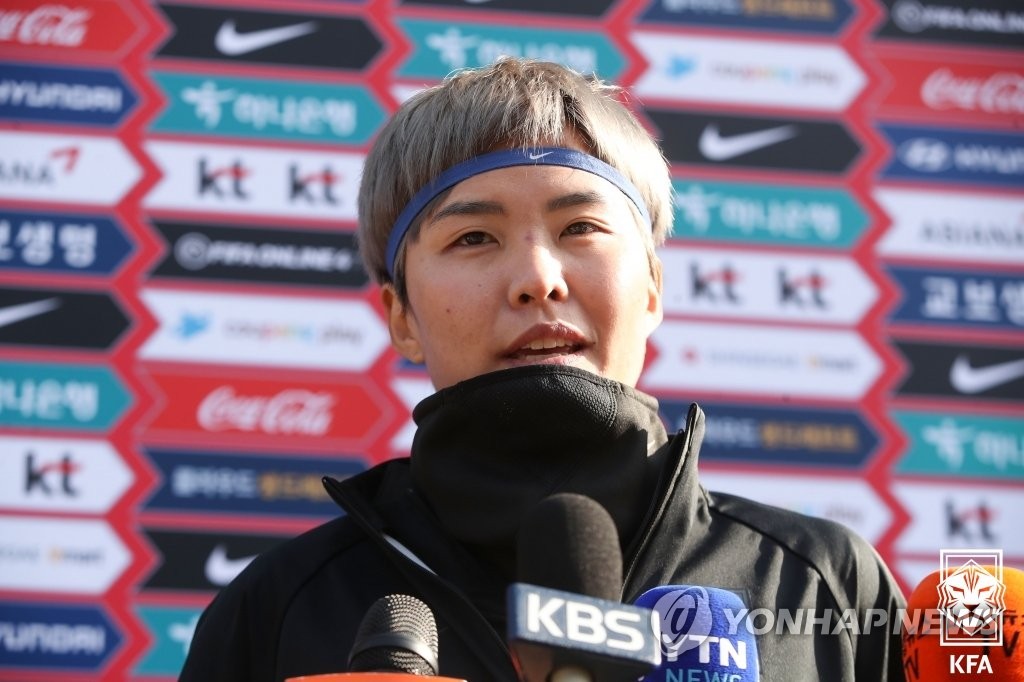 The two matches against New Zealand were scheduled to help South Korea prepare for the Asian Cup. The Taeguk Ladies are in Group C against two-time defending champions Japan, plus Vietnam and Myanmar.

South Korea have yet to win the Women's Asian Cup, which made its debut in 1975. Their best performance to date is the third-place finish in 2003, behind North Korea and China. 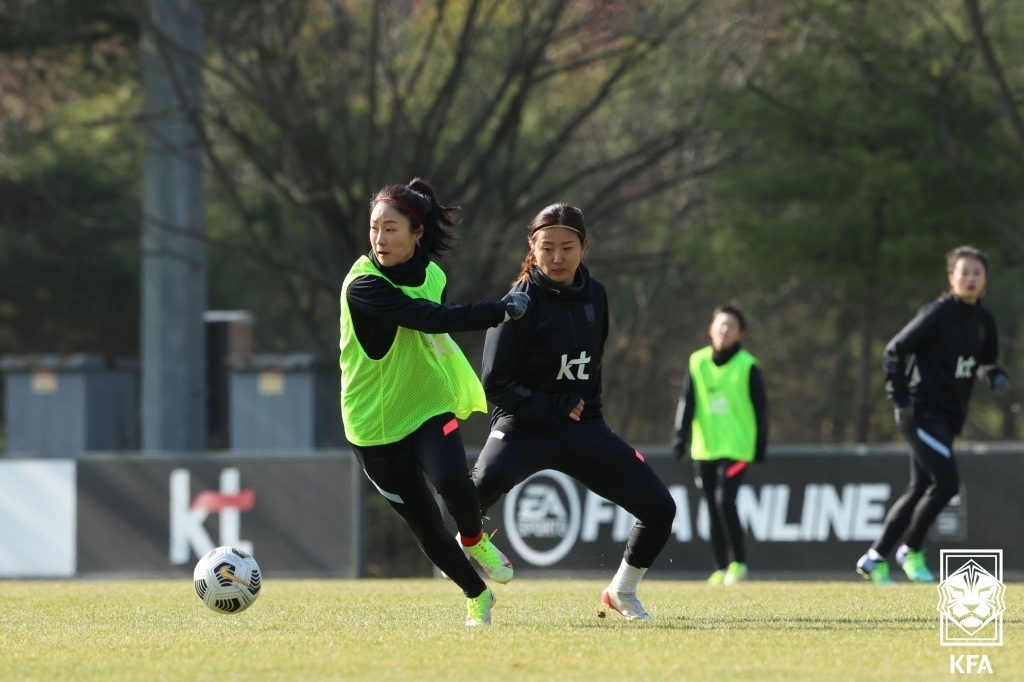 South Korea have had five wins, five draws and one loss in previous meetings against New Zealand.

Cho said there isn't much separation between South Korea and New Zealand, and added she hoped the next two matches will serve as a confidence boost for her team.

"There have been games where we were evenly matched, and ones where we dominated them," Cho said of previous meetings against New Zealand. "Hopefully, we'll score a lot of goals this time so that we'll be heading into the Asian Cup with a lot of confidence."

South Korea most recently played world No. 1 United States twice on American soil last month. They managed a scoreless draw in the first game but then got hammered 6-0 in the next one.

"By facing such a powerful team, we were able to identify our weaknesses and strengths," Cho said. "We had difficulty catching up to the fast-paced attack of the U.S., but I think we now know how to handle speedy opponents."

The most recent match between South Korea and New Zealand ended in a 2-0 South Korean victory in March 2019 in a four-nation friendly tournament in Australia. 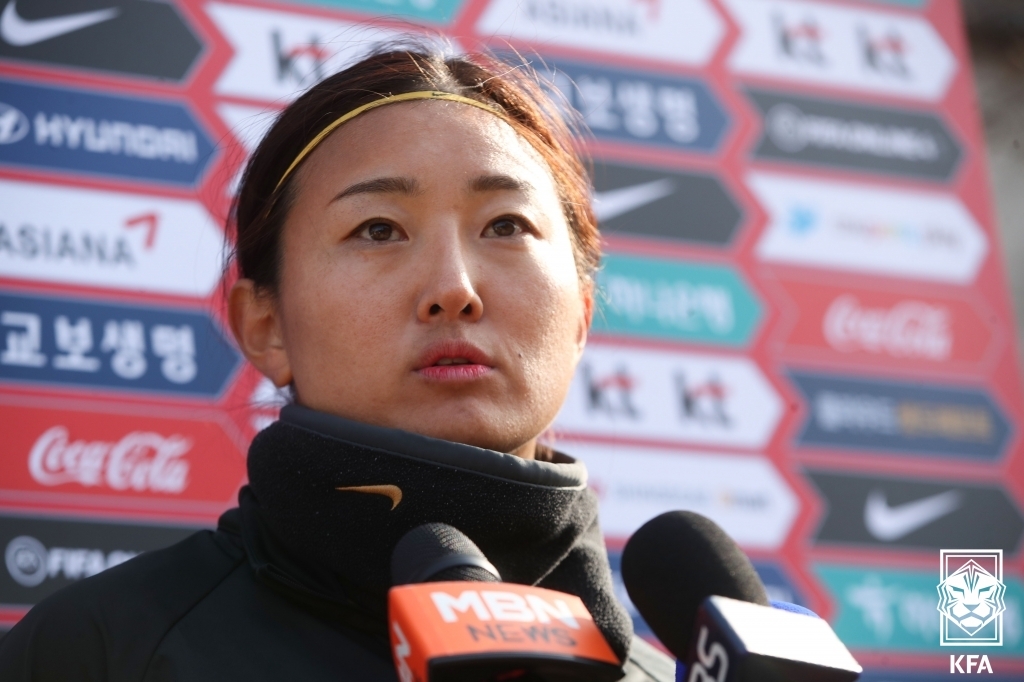