The sales of longer-dated bonds will include 1.9 trillion won in 30-year Treasury notes and 350 billion won in state debts with a maturity of 50 years.

The government initially had planned to sell 8.3 trillion won in bonds in December but made the scale-down decision in a bid to stabilize the bond market and improve fiscal soundness.

To that end, the ministry plans to use excess tax revenue of 2.5 trillion won for the shortfall of the planned sale of Treasurys.

South Korea issued 10.2 trillion won in state bonds in November, according to the ministry. 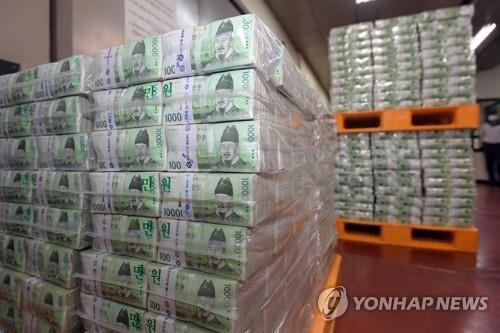