Two Army conscripts based in Paju, north of Seoul, contracted the virus after one of their fellows was infected.

An officer stationed at a unit under the direct control of the ministry in Seoul and an Army conscript stationed in Pyeongtaek, some 70 kilometers south of the capital city, also tested positive following a case at their bases.

A conscript based at another ministry-controlled base in Seongnam, south of Seoul, tested positive before being hospitalized for another reason.

A civilian employee of the Army stationed in Jeonju, 243 km south of Seoul, tested positive after developing symptoms.

Eight members tested positive before and after they returned to their bases following their vacations.

Of the cumulative cases in the military, 124 patients are still under treatment. 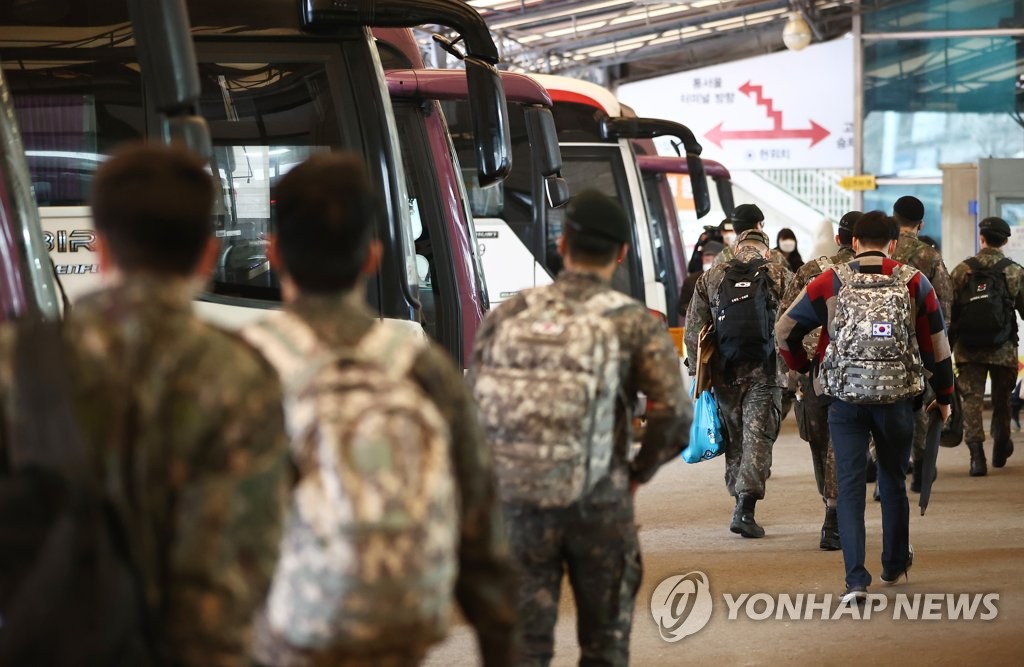