According to the data by the Bank of Korea (BOK), banks' mortgage loan rate averaged 3.26 percent in October, up 0.25 percentage point from a month earlier.

This marked the highest since November 2018, when the corresponding rate was 3.28 percent.

Loan rates have been on the rise recently in line with the government's drive to put a lid on fast growing household debt and the central bank's rate hikes intended to tame inflation. 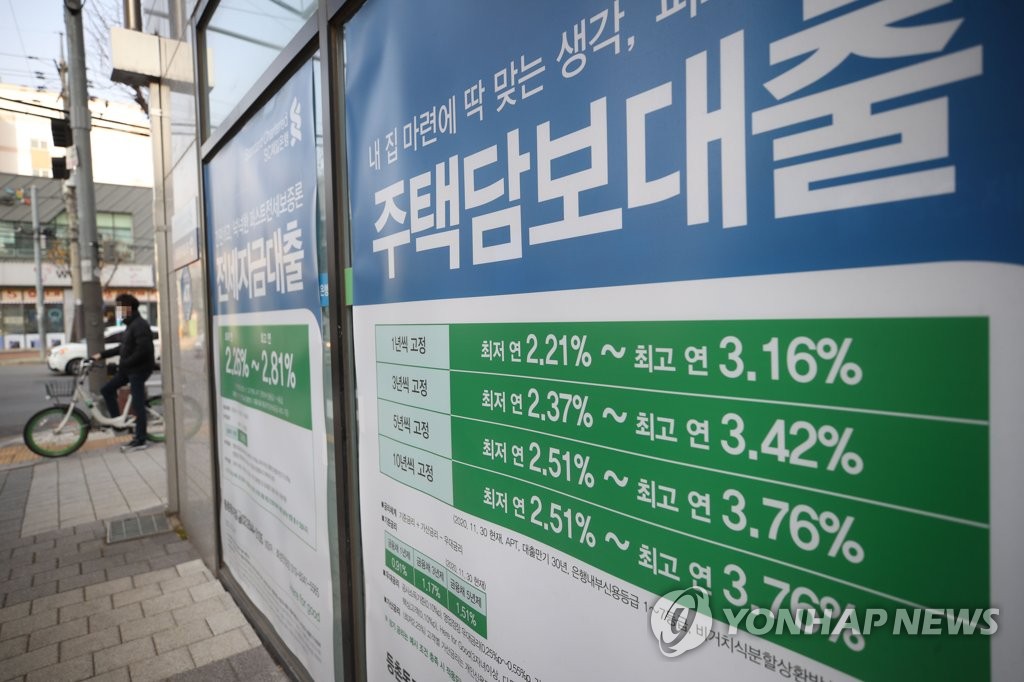