SEOUL, Nov. 26 (Yonhap) -- South Korea's unification minister on Friday pitched the proposed declaration of a formal end to the 1950-53 Korean War as a "good starting point" in the search for a "meaningful" solution to address North Korea's security concerns.

Unification Minister Lee In-young made the remarks as Seoul is pushing for the political declaration in a bid to create fresh momentum to reengage with Pyongyang and resume its stalled initiative for lasting peace on the Korean Peninsula.

"From the standpoint of North Korea, which has called for the withdrawal of hostile policy, I think the end-of-war declaration would be a good starting point toward a meaningful solution," Lee said at a peace forum in Goseong on the east coast.

"(We) will build trust through the declaration, and based on that trust, we could move to a process under which we can have substantive discussions on mutual interests," he said.

The North has repeatedly called for the U.S. to drop what it terms hostile policy toward the North, while Washington has said it harbors no hostile intent and called for Pyongyang's return to dialogue.

The minister also stressed the declaration will "significantly" weaken the motivation to create cross-border military tensions.

Seoul and Washington are in final-stage consultations over the declaration, Seoul officials have said, though uncertainties remain over whether Pyongyang would accede. 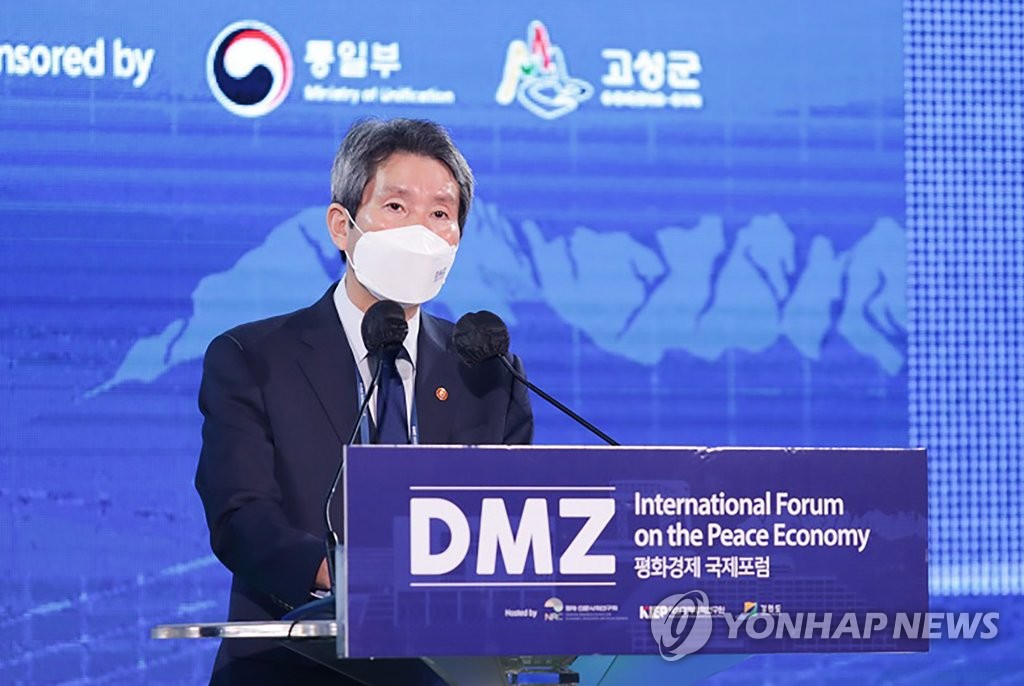