SEOUL, Nov. 26 (Yonhap) -- South Korea plans to step up the production of clean hydrogen and expand its production and consumption infrastructures to make it the country's No. 1 energy source by 2050, the industry ministry said Friday.

The plans are part of the government's comprehensive blueprint on the hydrogen economy, as the country is pushing for the development of hydrogen and other renewable energy as an alternative to fossil fuels with a goal to go carbon neutral by 2050. 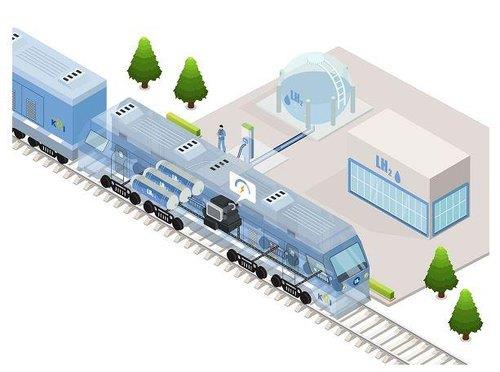 Under the plan, the government will provide 27.9 million tons of hydrogen per year by 2050, all of which will be either green or blue hydrogen, while excluding grey hydrogen, according to the Ministry of Trade, Industry and Energy.

To achieve the goal, the government plans to establish large-scale production facilities for green hydrogen and lower the production costs.

It also plans to secure carbon storage facilities with a capacity of 900 million tons or more by 2030 so as to produce 2 million tons of blue hydrogen each year by 2050.

As of 2020, South Korea had not produced clean hydrogen.

The government also vowed to boost cooperation with hydrogen producing countries to secure around 40 hydrogen supply channels by 2050.

"Hydrogen will become our largest single energy source in 2050, which will account for 33 percent of the total energy consumption," the ministry said in a release.

Currently, oil is the No. 1 source of energy for South Korea, taking up nearly 50 percent of the total. 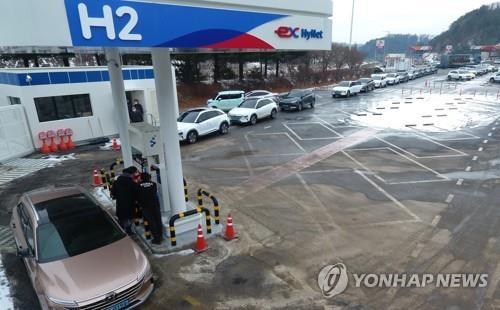 The government also plans to encourage such sectors as steel and chemical to turn to hydrogen-based production process and to apply the clean energy source to various means of transportation, including drones, trams and vessels, it added.

"Hydrogen is the most powerful means of achieving the zero-carbon goal," Prime Minister Kim Boo-kyum said, presiding over a meeting of the hydrogen economy commission.

"We will establish an innovative ecosystem across the hydrogen economy. We will focus on developing and commercializing key advanced technologies and nurture talents," he said.