SEOUL, Nov. 26 (Yonhap) -- Concerns are growing that SK hynix Inc.'s plan to overhaul its Chinese factory with a cutting-edge chipmaking machine could be in jeopardy due to opposition from the United States.

Earlier this week, U.S. Trade Representative (USTR) Katherine Tai effectively acknowledged that Washington had opposed such efforts by the South Korean chipmaker to bring in advanced machines to its chip fabrication plant in Wuxi, China, during a radio interview in Seoul.

"There are legitimate concerns about the risks to national security in terms of where this technology ends up," she said, implying that such high-tech tools could be used to enhance Chinese military capabilities and other strategic industries. 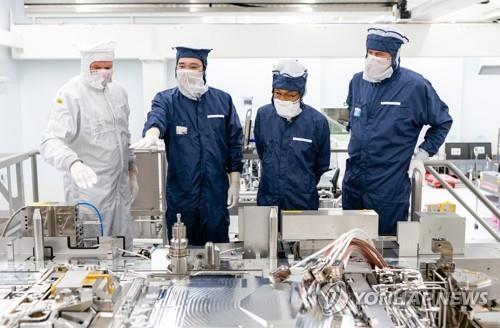 The precarious geopolitical situation SK hynix finds itself in comes in stark contrast to a recent announcement by Samsung Electronics Co., the world's biggest memory chip producer, to make a US$17 billion investment in the U.S. to bolster its competitive edge in the global semiconductor industry.

Two days after Tai made the remarks, Samsung unveiled a plan to build a new chip fabrication plant in Taylor, Texas, to produce advanced chips used in applications for mobile, 5G, high-performance computing and artificial intelligence, based on the EUV technology.

Washington welcomed the news, saying, "Securing America's supply chains is a top priority for President Biden and his Administration," and the decision will help "protect our supply chains, revitalizing our manufacturing base and creating good jobs right here at home."

Samsung has been closely working with ASML since the early 2000s for technical breakthroughs in semiconductor development. It is a close partner, an investor and also a customer to the Dutch firm.

Samsung holds a 1.5 percent stake in ASML shares and has invested hundreds of millions of dollars to develop next-generation chipmaking solutions.

In March last year, the South Korean tech giant became the first in the chip industry to successfully adopt the EUV technology in DRAM production.

The company started last month mass production of the industry's smallest, 14-nanometer (nm), DRAM, based on the technology, which boosted the wafer productivity and reduced power consumption, both by around 20 percent. 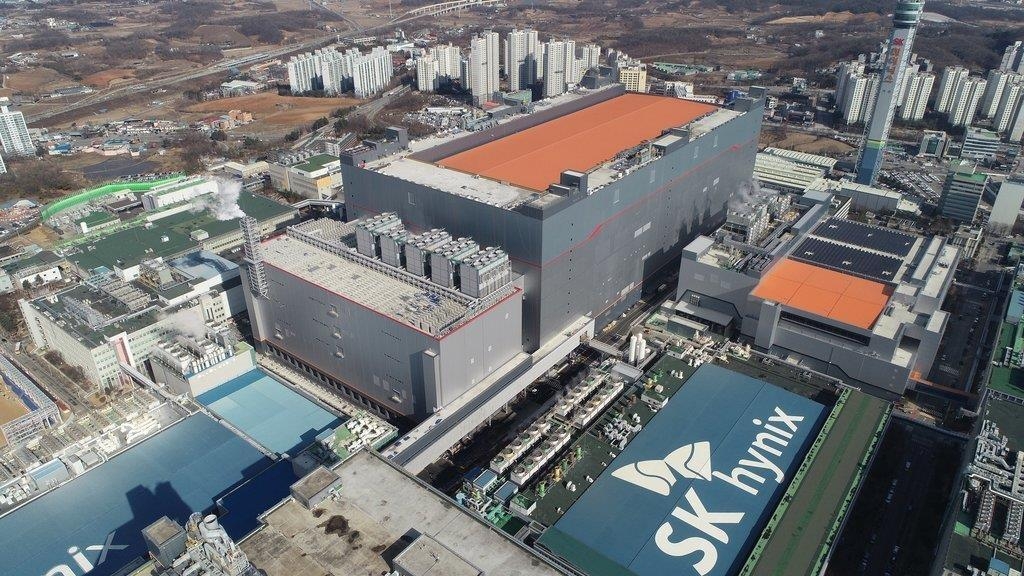 SK hynix, the world's second-biggest memory chip maker after Samsung, is a latecomer when it comes to application of the EUV technology.

Having brought in the EUV equipment in its Icheon factory this February, the company started to manufacture the EUV-based 10nm chips in July.

SK hynix CEO Lee Seok-hee said Monday the company will respond "wisely" to the U.S.-China trade tension that could cloud the chipmaker's plan to upgrade its facility in China, adding that "It is still a long way to go before we can apply the same technology in our Chinese plant."

The company's spokesperson told Yonhap News Agency on Friday that there had been neither discussions to bring in EUV equipment to China nor an immediate plan to do so, and that it was still premature to discuss a U.S. restriction, if any, on its plan to overhaul its Chinese plant.

But that the CEO is said to have raised the issue with U.S. officials during his visit in July demonstrates the pressure the company is under to strike a balancing act in the diplomatic tension and trade war between the U.S. and China.

The former U.S. government successfully lobbied the Dutch government last year to effectively block the sale of ASML's EUV machine to a Chinese customer, on national security grounds. And the Biden administration showed no intention to reverse that policy.

SK hynix is estimated to have two or three EUV machines, far smaller than the 17-19 machines owned by Samsung and approximately 40 by Taiwan Semiconductor Manufacturing Co (TSMC).