Yoon received a courtesy call from Amb. Koichi Aiboshi at the PPP headquarters, days after he blamed the Moon Jae-in administration for plunging Seoul-Tokyo relations to a new low.

Yoon especially expressed concern for the 450,000 Koreans living in Japan during a period of heightened tension over historical disputes between the two countries.

"If the bilateral relationship is strained and uncomfortable, they have a very hard time living there," he said, noting the COVID-19 pandemic has likely added to the difficulties.

Aiboshi recalled bilateral relations were at a high point during his first tour in South Korea, which followed the adoption of the 1998 joint declaration between then President Kim Dae-jung and then Japanese Prime Minister Keizo Obuchi.

The declaration called for overcoming the past and building new relations, with Obuchi expressing remorse for the "horrendous damage and pain" Japan caused to the Korean people during its 1910-45 colonial rule of the peninsula.

The recent tensions have revolved around the issue of compensation for Korean forced laborers and Japan's export curbs against Seoul. 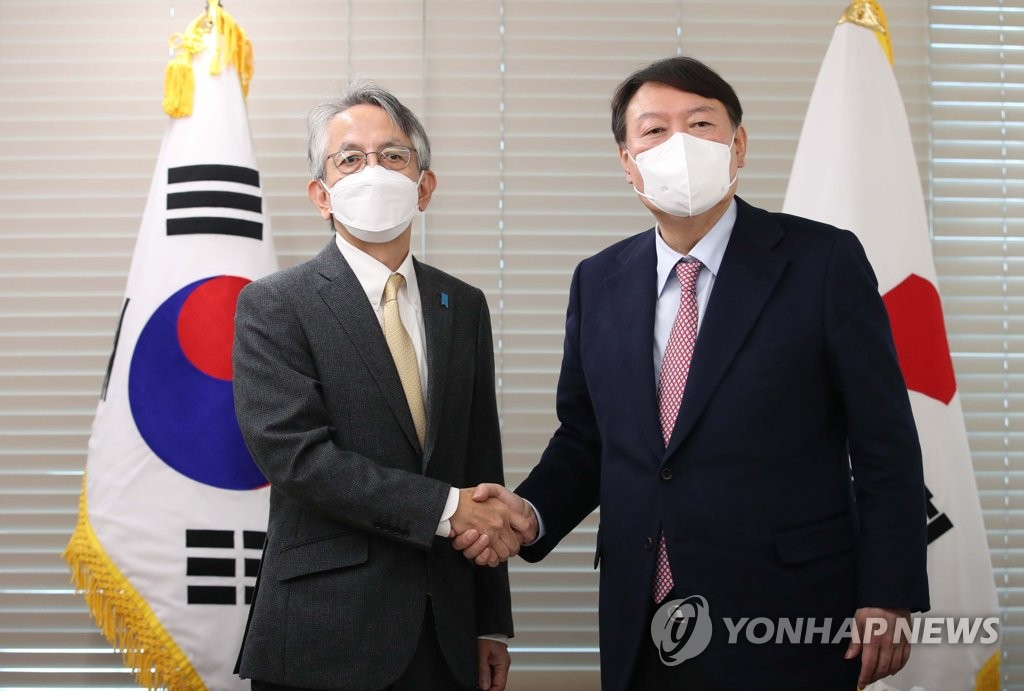