It is a Korean adaptation of a 2008 British drama series, "Criminal Justice," about an ordinary college student who becomes a murder suspect overnight and a small-time lawyer who struggles to prove his innocence.

During an online news conference to promote the new series Friday, Kim said he chose to be in the Korean remake, as he was deeply impressed by the original drama.

The forthcoming title is the star's first small-screen work after "It's Okay to Not Be Okay" in 2020.

"I wanted to make the charm of the original drama mine if possible. So when I heard of the plan for the new drama, I thought, 'This is an opportunity,'" Kim said. "As Hyun-soo in the drama, I was innocent, deeply resentful, sad, hurt, swayed and grew up."

His character, Hyun-soo, steals his father's cab one night to attend a party with his friends. He happens to pick up a young woman on the way and ends up canceling his plans to attend the party so he can spend the night with her. After a night of sex with the woman, Hyun-soo wakes up and finds her stabbed to death in her bedroom.

He tries to run way from the scene but is soon arrested as a prime suspect in the murder case. With every circumstance and material evidence pointing to him as a murderer, small-time lawyer Shin Jung-han (Cha Seung-won) approaches and offers to represent him. 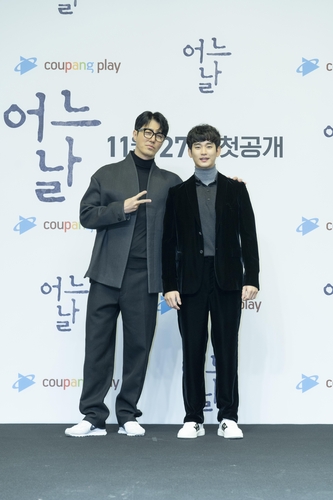 For the co-star of "My Love from the Star" (2013), "One Ordinary Day" is his first work in any streaming service original.

Asked if he felt much pressure for the challenge, Kim said, "I think I cannot live without pressure, because I feel it every time I do new projects and get older. There is always pressure to work better, but I think this kind of pressure is a necessary thing."

Before the Korean remake, the British hit drama was made into an eight-part American television drama series with the title "The Night Of" in 2016.

Kim said he aimed to incorporate all the charm of the lead character in the British and American dramas into his Korean character, rather than trying to portray it differently. 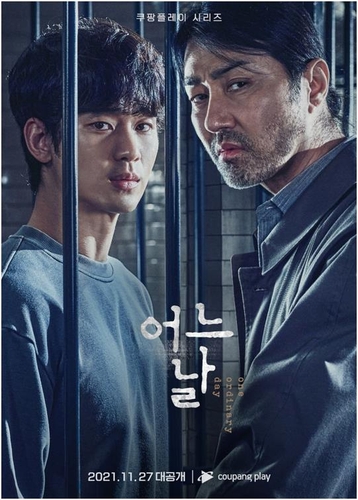 Lee Myung-woo, who took the helm of the new drama, said he intended to throw a question about justice in the judicial system through the series.

"There are cases of alienation within the judicial system, and I wanted to tell the story of people who are not protected by law," said the director behind SBS drama series "Punch" (2014) and "The Fiery Priest" (2019).

"After watching the original work, I couldn't get rid of the emotions I felt for a few days," he added. "The message the drama throws was very intense, so I remade it into a Korean show."

"One Ordinary Day" will release new episodes every Saturday and Sunday at 12 a.m.