(ATTN: UPDATES with more details in 5-8)

SEOUL, Nov. 27 (Yonhap) -- The wife of late former President Chun Doo-hwan, widely criticized for the bloody crackdown on a 1980 pro-democracy uprising in the southwestern city of Gwangju, issued an apology on Saturday for the "pains and scars" inflicted during his presidency.

Lee Soon-ja made the apology in the first such move by Chun's family, as the bereaved family was preparing to carry his coffin out of a hospital in Seoul. Chun died Tuesday at age 90 from chronic ailments.

"On behalf of my husband, I would like to deeply apologize, especially to those who suffered pains and scars during his time in office," Lee said at Yonsei University Severance Hospital in central Seoul.

Lee also recalled that Chun used to say, "All things were due to my fault and my lack of virtue."

The apology, however, was not seen as being directed at the victims of the brutal crackdown on the uprising on May 18, 1980, as Lee limited it to the period when Chun was president from September 1980 through February 1988. Chun, an ex-Army general, rose to power through a military coup in 1979.

"(Lee) did not make the remarks in regards to the May 18 uprising," a former aide to Chun told reporters.

"During his presidency, there were students who were tortured to death by police," he said, alluding to Chun's heavy-handed rule while in office.

In her remarks, the widow also said Chun told his family to minimize the funeral process, never make any tomb for him, and cremate him and spread his ashes in areas overlooking North Korea.

Later in the day, Cho Jin-tae, a senior official at the May 18 Memorial Foundation, dedicated to commemorating the 1980 movement, dismissed Lee's apology as "meaningless remarks uttered out of courtesy."

"Lee's single remarks will not give solace to people who have suffered pain," he told Yonhap News Agency over the phone.

"If they are genuinely apologetic, they should demonstrate action later to the extent that those who suffered can accept it." 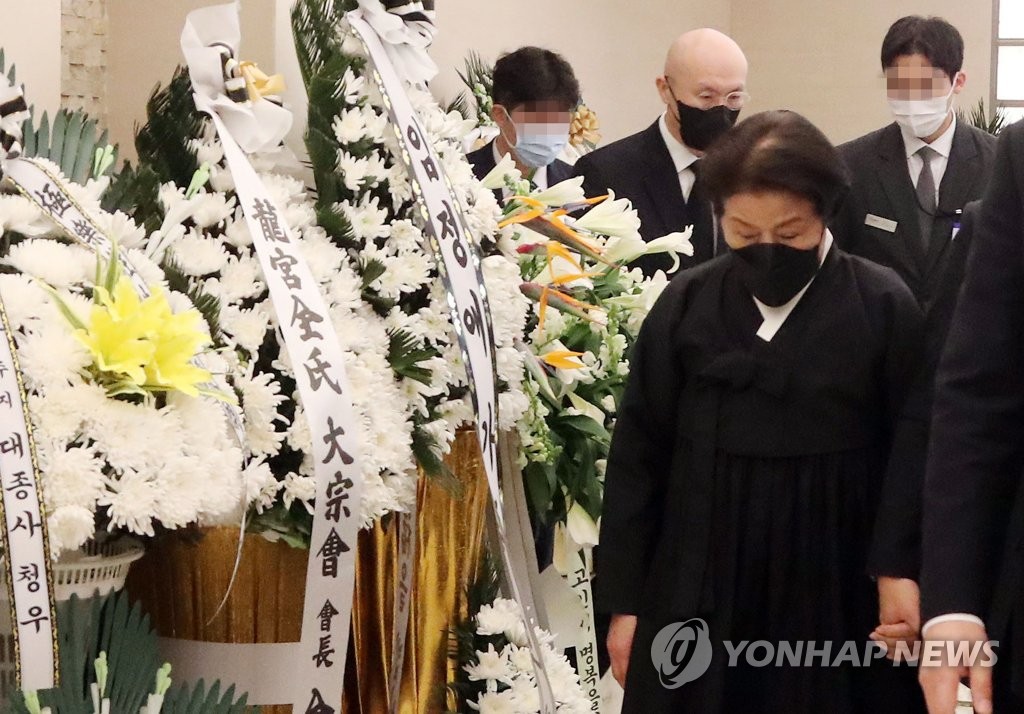